What happens when an artist's hand starts to shake is a lesson for us all.

Say it with me: Embrace the shake. 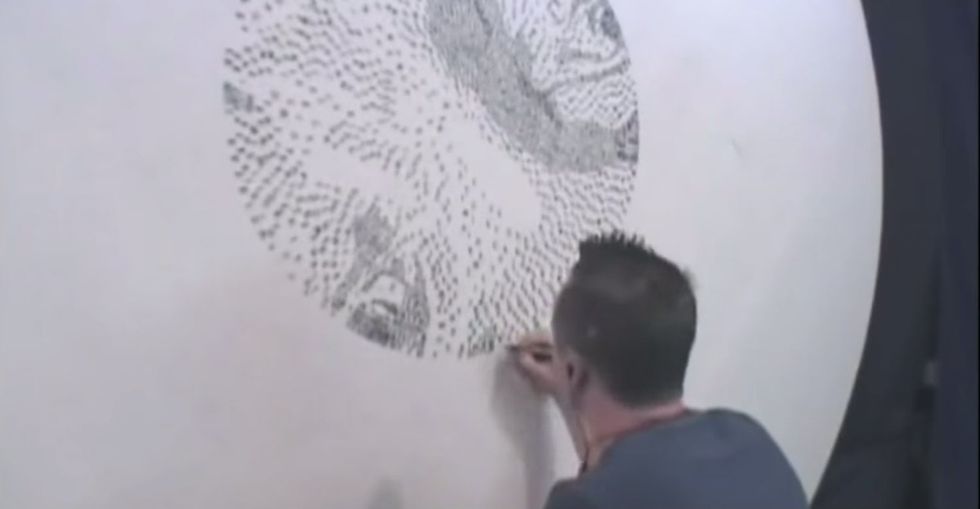 Here's the inspiring video of artist Phil Hansen that just might make you look at your life a little bit differently.

Scroll below it to read his story and see some of his amazing art.

When Phil was in art school, he developed a shake in the worst possible place: his hand.

He thought it meant the destruction of his dream to become an artist, so he left art school and quit art altogether.

When visiting a neurologist years later, Phil learned that the shake was the result of permanent nerve damage and could not be corrected. He was right to have given up. Or so he thought. But the doctor had a different outlook on what that prognosis meant for Phil's art. He said the seven words that Phil will never forget: "Why don't you just embrace the shake?"

And from that day on, that's exactly what he did. Letting his shake run free, he discovered new ways of drawing, used new materials, and completely changed his perspective on the type of art he wanted to create. When he embraced the shake, he realized he could still make art — he just had to get creative. And that's when he learned an important lesson:

Embracing a limitation can drive creativity. A limitation just might be your liberation.

In the talk, Phil goes on to give examples of how he applied that principle to his work and life, with some pretty amazing results.

No, really. They're incredible.

But this isn't all about Phil.

It's about you too.

What would happen if you "embraced your shake"?

What if we all did? What if we appreciated and used the very things that make us different, or the things that we thought would hold us back? What if we let those things inspire us to make more, do more, and be more?

We may not all end up making art like this:

But I bet we'd solve a lot of problems, live bigger, fuller, more creative lives, and — just maybe — make the world a better place. So go ahead. Embrace your shake.