Until the video of this man's murder went viral, his killer walked free.

Walter Scott didn't deserve to die like that. Here's hoping he gets justice.Trigger warning for an image of police brutality. 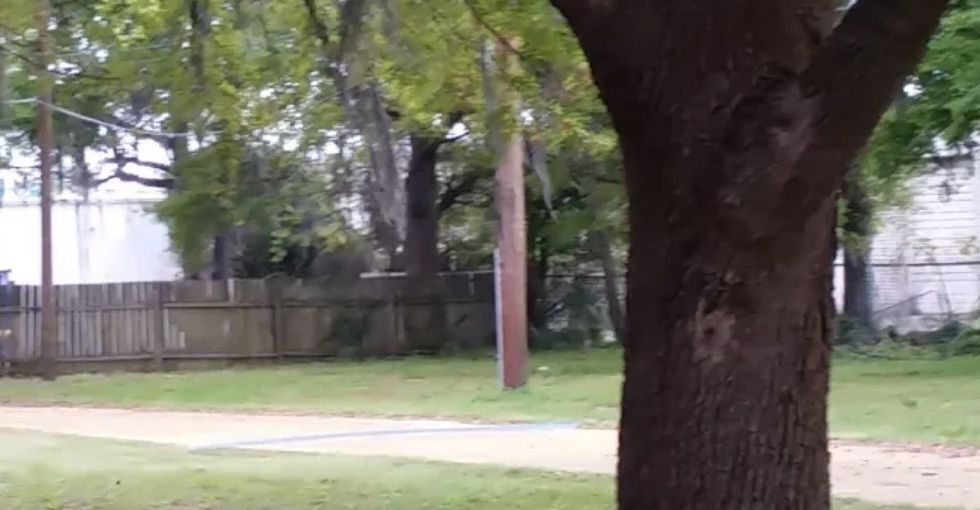 Slager pulled over Scott, a 50-year-old father of four, for a broken tail light. It's not entirely clear what happened between the time he was pulled over and when he was shot, but a witness caught Scott's final moments on film.

Slager is seen firing eight shots at Scott from more than 15 feet away.

According to Slager, Scott tried to take his Taser.

But the video shows that after Slager shot Scott, he planted something next to his body — likely the Taser.

After a video of Scott's killing spread online, Slager was arrested and charged with murder.

During press conferences on Tuesday and Wednesday, North Charleston Mayor Keith Summey announced that Slager was to be fired and charged with murder.

Summey also announced that he has ordered an additional 150 body cameras, ensuring that every officer on the street will have their own camera.

In his latest video, social commentator Jay Smooth pointed to the sad truth: If this video didn't surface, Slager would have gotten away with it.

Over and over, we watch as police officers handcuff dying men instead of saving them. First there was Eric Garner, and now there's Walter Scott.

“When the worst-case scenario hits of an officer abusing their power, that's precisely when it's most likely we will have to take that officer's word for what happened unless one of us just happens to be there recording."
— Jay Smooth

They're not alone, either. Unfortunately, since this isn't a statistic tracked by police, we don't know for sure just how many more cases like theirs are out there.

In its reporting, the New York Times highlighted how underrepresented black people are on North Charleston's police force.

Despite white people making up just over half of the city's population, they make up a whopping 80% of the police force.

"North Charleston is South Carolina's third-largest city, with a population of about 100,000. African-Americans make up about 47 percent of residents, and whites account for about 37 percent. The Police Department is about 80 percent white, according to data collected by the Justice Department in 2007, the most recent period available."
— New York Times

The people of North Charleston should look to Ferguson, Missouri — the site of protests in the wake of Mike Brown's death — for the way forward.

Despite the population of Ferguson being about two-thirds black, there has never been more than two black members on the city council.

But after Tuesday's elections, there are now three black representatives on the council, up from one. For the first time in history, there is not a white majority on the council.

The new council plans to hire a new city manager, who will then hire a new police chief. This can create real change in a community torn apart by a racial divide between police and citizens.

Around the country, it's important that we question the system and work to elect people who will change the status quo.

For more information about the Walter Scott shooting, check out Now This' YouTube playlist: