Trump is tweeting about himself and not the Minnesota mosque bombing. That matters. 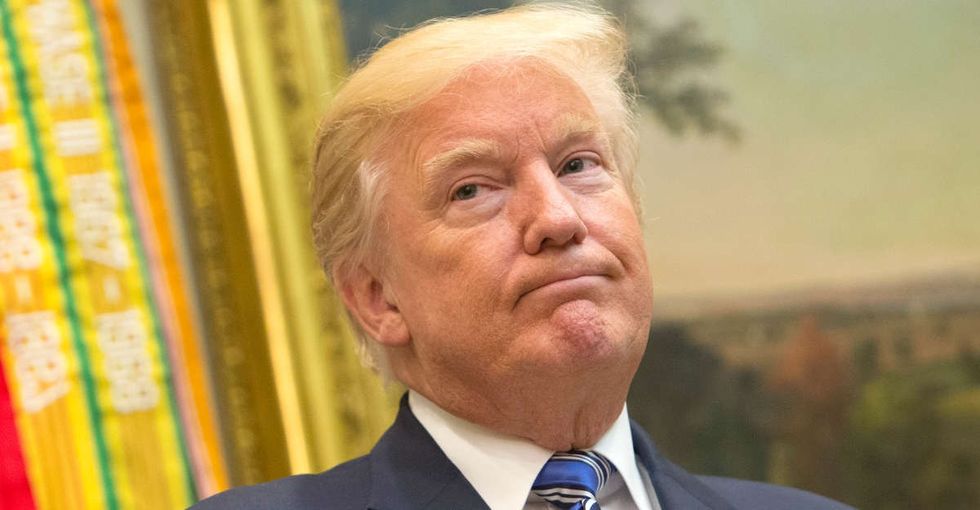 An improvised explosive device detonated at a Bloomington, Minnesota, mosque on the morning of Aug. 5.

The attack is the latest in a series of anti-Muslim incidents that have rocked the state — 14 in 2016 alone, according to the Star-Tribune.

Thankfully, no one was hurt.

Minnesota Council of Churches CEO Rev. Curtiss DeYoung called it an "attack on all faith communities."

Steve Hunegs, executive director of the Jewish Community Relations Council of Minnesota and the Dakotas, released a statement affirming his organization's "solidarity with the local Muslim community."

President Trump, meanwhile ... has yet to say anything at all.

Instead, the president spent Monday morning tweeting about his accomplishments in office, news coverage he doesn't like, and Sen. Richard Blumenthal's misrepresentation of his Vietnam war service.

Much of Twitter was outraged at the president's silence.

Imagine if we had a president who was at least as mad at a mosque being bombed in Minnesota as he is at a Senator doing his job.
— LOLGOP (@LOLGOP)1502110044.0

If it were an #Anglo #Christian #Church, not a #Muslim #Mosque bombed by #terrorists you would have addressed by now @POTUS @realDonaldTrump
— Christelle (@Christelle)1502119648.0

The president isn't always slow to condemn terror — and that's the problem.

Trump issued statements immediately following two terror attacks — carried out by Muslim assailants — that rocked London earlier this year. The day of last year's mass shooting at Orlando's Pulse nightclub, Trump took credit for predicting the carnage, noting that he  "[appreciated] the congrats" for being "right" about "radical Islamic  terror."

Meanwhile, the president waited over a week to condemn the alleged hate-crime killing of an Indian immigrant engineer in Kansas, and even longer to denounce a series of attacks on Jewish cemeteries earlier this year.

When Muslims perpetrate terror attacks, Trump's response is frequently deafening and swift. When Muslims, immigrants, and members of other vulnerable groups are victims, his response is very often silence.

Not speaking out when an attack doesn't comport with a pre-scripted hero-villain narrative doesn't just make a mockery of the truth — it carries with it an implication that some Americans are more equal than others.

His silence leaves the door open to further bias-driven incidents, and it functions, knowingly or not, as a wink toward those who might carry them out. A report from the Council on American-Islamic Relations found that anti-Muslim bias crimes jumped 57% in 2016, a period roughly coinciding with the last presidential election.

In a large, messy, diverse society such as ours, an attack on one isn't just an attack on all — it's an attack on the very principles our country was founded on.

It's a miracle that no one was injured in the Bloomington blast. Next time, we might not be so lucky.

The president needs to get the message before too much damage is done — both to the American people and the American idea.