To ease the stigma of addiction, this mother sends letters to strangers who've lost children to overdoses 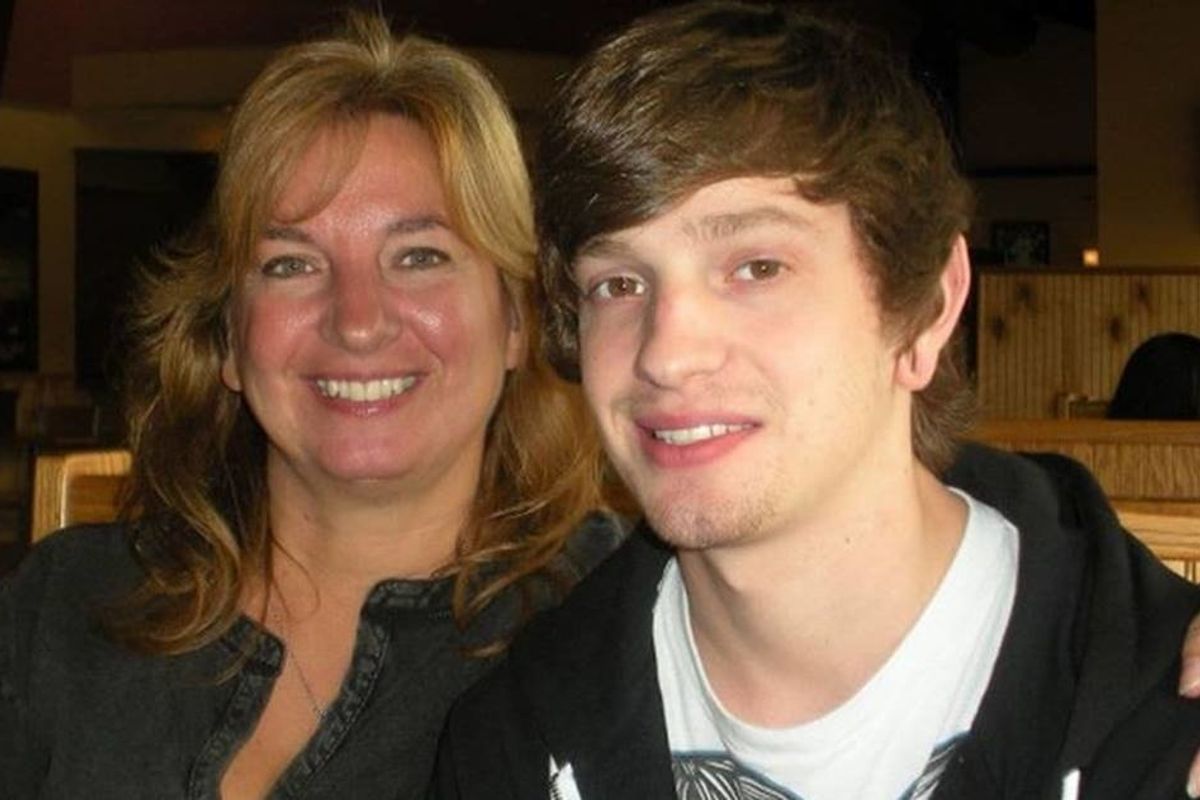 According to the CDC, that number has increased over five times since 1999. Since 2011, an alarming number of opioid deaths have been caused by fentanyl, a highly potent synthetic opioid.

via Centers for Disease Control

Each death leaves behind countless hurt friends and family members who can have trouble grieving given the stigma attached to drug addiction. People with substance abuse problems are called "junkies" and "thieves." Their parents and family can be labeled "enablers" and "coddlers."

Addiction is seen by many as a moral failing.

Whereas the recovery community and the medical profession sees it as a disease.

RELATED: In the heart of the opioid crisis, a compassionate approach to treatment is saving lives

Parents who have lost a child to drug addiction are often met with stone-cold silence from family and loved ones who don't know how to appropriately grieve the loss of someone who's died due to an overdose.

MaryBeth Moore Zocco, 54, lost her son Ryan Moore in December 2018 after a fatal heroin overdose. Ryan didn't know it was laced with fentanyl.

While her son was alive she always sent him care packages, like a warm blanket in the winter with a pouch of hot cocoa.

After his death, MaryBeth died to countnbue the tradition but this time she'd send some ove out to fellow parents of children who've died due to drug overdoses. She tells them about her son and tells them not to be ashamed of how they died, but rather, be proud of how they lived.

"I wanted to do something to help other moms and dads who lost their children to substance abuse disorder, to let them know they aren't alone," she told The Washington Post.

On each card, she sends them a short paragraph about her son's life — his career goals, talents, and hobbies. She also encourages parents to think about who they're children were as people, not as addicts.

"As a 25-year-old, Ryan loved life and all it had to offer," she writes. "Ryan loved music, playing drums, going to concerts especially with mosh pits," she writes.

RELATED: An Irish school is ditching homework for a month, assigning 'acts of kindness' instead

MAryBeth has sent over 700 cards to parents since she began the project in April. She found these parents through websites for grieving families and support groups.

In the right months since she started the project she has come across three mothers who've lost four children to overdoses.

"I don't know how they are still breathing," she said according to The Washington Post.

Jennifer Slater, a mother who lost her son due to an overdose was uplifted by MaryBeth's card.

"The card made me want to strive to end up on the other side of this," Slater said. "It gave me the desire to do something more."

MaryBeth calls her letter-writing campaign the FRoM Project, which is an acronym for Forever Ryan's Mom. She hopes to have the name trademarked and to keep mailing cards.

"I've never felt so sure of what I'm doing," she said.