In the heart of the opioid crisis, a compassionate approach to treatment is saving lives. 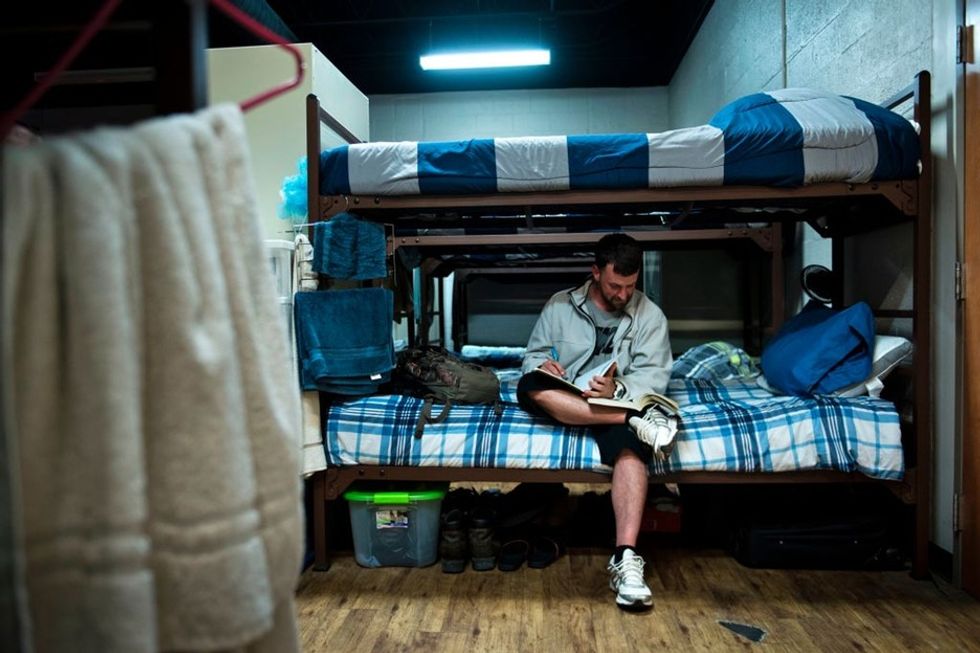 One West Virginia city has lost so much in the opioid epidemic — but the tide may be turning.

West Virginia suffers from the highest rate of fatal overdoses in America. And Huntington, West Virginia, is often referred to as the epicenter of the opioid epidemic. In December 2017, the state's governor called in the National Guard to help address the crisis, declaring, "We have to stop this terrible drug epidemic. We have to. If we don't, it will cannibalize us."

A new program is helping: In Huntington, city officials are finding success with the new Quick Response Team (QRT) program that follows up with overdose survivors within 72 hours of their ODs to help ensure they get the necessary help. The teams include a police officer, a paramedic, and — perhaps most importantly — a mental health specialist.

Advocates of the new approach say having these teams arrive to offer compassion, instead of just the punitive threat of law enforcement, is building trust and a solutions-based approach between officials and those struggling with addiction.

"For so many years, we didn't see the patients being receptive," said Connie Priddy, a coordinator with the program. "And now, because we're working on changing how we approach it, their way of accepting us has changed."

The numbers speak for themselves: Since the program started, Huntington has seen its repeat overdose statistics cut in half. It's such an impressive feat that other cities in the state are about to test out their own versions of the program.

A resident in a Huntington, West Virginia, halfway house who is receiving treatment after a heroin overdose, Photo by Brendan Smialowski/Getty Images.

Huntington's approach to drug overdoses is having a ripple effect.

The state government has taken notice of Huntington's success story. In December 2017, they approved a four-year pilot program with a grant of $10 million to expand the services to other cities in the state. $1 million of that has gone toward purchasing and distributing naloxone, which treats narcotic overdose, to first responders statewide.

"The ultimate priority of this legislation … is to engage individuals with treatment options at every opportunity thereby reducing future overdoses," said Department of Health and Human Resources Cabinet Secretary Bill J. Crouch.

It could expand to the federal level as well. In May, U.S. Surgeon General Jerome Adams visited Huntington and praised the program. "I came to Huntington because it's one of the best stories in the United States in terms of recovery," he said. "If we can turn around overdose numbers here, we can do it anywhere."

Addiction is a complex challenge, but it's also a very human one.

There's no one solution to preventing and treating addiction. Education, mental health health care, and even exercise can all play vital roles.

The compassion shown by the quick response teams in Huntington is building trust between law enforcement officials and those at risk. West Virginia's health commission has acknowledged that preventing and treating addiction is challenging.

Getting people into treatment gives both sides a better chance to overcome the many aspects of addiction. It's more effective and less expensive than simply punishing people.

And until the opioid crisis is solved, cities across the country need all the help they can get.