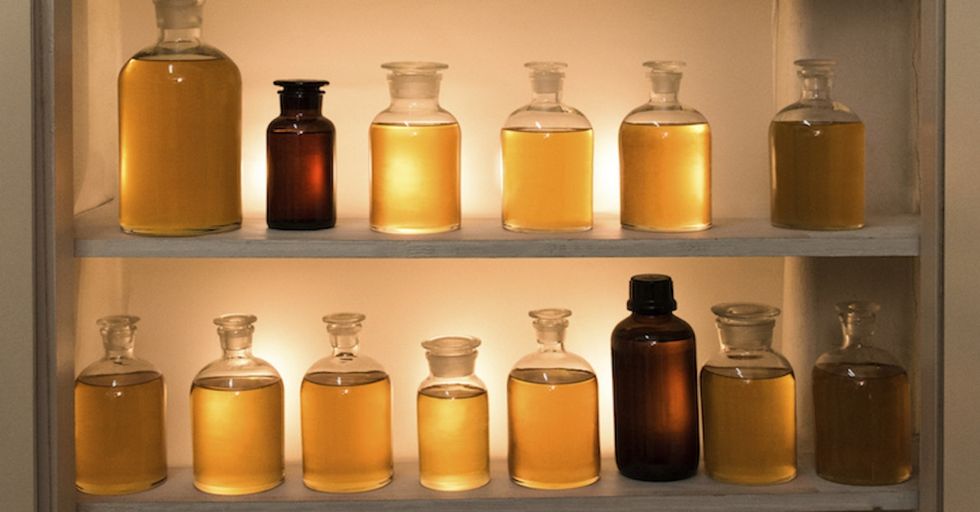 Is it better to use precaution or to wait for proof?

That's a complex and contentious question in many ways — but especially when it comes to regulating chemicals.

In general, the European Union has taken a more public precautionary stance on these regulations, while the United States generally requires a stronger proof of harm to regulate or restrict chemicals.

In 2007, the 28 member nations of the European Union implemented a new screening system to regulate ingredients in cleaning products, food, cosmetics, and home goods. It’s a five-part program that essentially boils down to a "better safe than sorry" approach. In general, if scientific research shows that a product may be harmful to humans, animals, or the environment, the EU doesn’t allow it.

In Europe, peer-reviewed science is a tasty part of every government's policy making.

In the U.S., the law governing chemicals is the 1976 Toxic Substances Control Act. You read that right — the act hasn’t been updated for 40 years. The Environmental Protection Agency as well as many Americans would like to see it strengthened, but in the past it’s been, to put it mildly, difficult to get any updates passed.

For a chemical to be restricted or banned in the U.S., there has to be strong proof of harm. The EPA generally identifies potential risks after a chemical is at market. Testing of new chemicals isn’t required unless there’s believed to be a risk of harm, and even then, it’s rare for the EPA to outright ban a product.

So wait ... does this mean American products are less safe than their European counterparts? Not necessarily. Does it mean the European Union needs to lighten up? Again, not necessarily. Both approaches are complex, and it's no easy job for anyone to balance all of the interests at play.

Let's look at three examples that highlight the complexities of these regulations.

When a product contains formaldehyde-releasing chemicals, should it be restricted or get a warning?

Formaldehyde, also known as the stuff your creepy ninth grade biology teacher used to preserve dead animal specimens, is one of the 61 chemical groups regulated/restricted by the European Union.

Aside from its Frankenstein-y uses, formaldehyde is also a popular ingredient in laminate floors, resin, industrial antibacterial cleaners, and chemical hair straighteners. Unfortunately, it is also a “probable human carcinogen” (according to the EPA). Prolonged exposure to formaldehyde fumes can also exacerbate asthma and cause headaches, among other health effects.

Since 2014, the European Union has used its carcinogenic risk as a reason to strongly restrict the use of formaldehyde in industrial and consumer products.

The U.S. EPA limits the amount of formaldehyde that can be present in some construction materials, but the U.S. Food and Drug Administration doesn't restrict the use of formaldehyde-releasers, or "donors," in cosmetics or personal care products because these may not be harmful.

What the FDA does instead is require all cosmetic or personal care products that contain formaldehyde (or formaldehyde-releasing chemicals like those in Brazilian blowout hair treatments) to disclose that information on their ingredient labels. Consumers can find out the risks associated with a specific product and make the decision themselves whether to use it or not.

Under regulations from the United States Occupational Health and Safety Administration (OSHA), industrial cleaning products that include formaldehyde are required to state so clearly on the label, along with the possible risks of use.

Is the buzz about neonicotinoids killing bees for real? The EU isn't waiting to find out.

The global food system depends on our insect pals, the bees, helping plants pollinate. When scientific research started to indicate that popular neonicotinoid (aka neonic) insecticides could be causing bee colonies to die off in record numbers, the European Union took action.

In 2013, it set in place a temporary two-year ban on the pesticide (not completely observed in the U.K.) to allow researchers more time to study impacts and make a decision on whether the ban should be made permanent.

While further decisions from the European Union are still pending, French lawmakers recently adopted a bill that would ban neonics in their nation starting in 2018 if it passes votes in their Senate and National Assembly later this year.

In the United States, regulators are taking a wait-and-see approach. The EPA has approved several neonicotinoid pesticides for use in the U.S.

Though there appears to be growing consensus that bees are exposed to neonics and some harm is caused to them, it’s not yet known if neonics are responsible for significantly damaging honeybee populations. The EPA says it is spending 2016 and 2017 compiling research on four popular neonics, promising to review regulations once that work is done.

In the interim, the EPA requires that all pesticides sold and used in the United States list all ingredients — along with associated risks to humans or animals and recommendations for safe storage/accidental exposure — on their product label.

Triclosan: the antibacterial cleaner banned in Europe. And Minnesota.

If you've used antibacterial soap any time over the last decade, chances are you've come in contact with triclosan. This popular antibacterial and antifungal chemical is most commonly found in hospitals, but it has also been used in everything from dish soap to toothpaste to children's toys.

It is extremely effective, but science shows it's also pervasive — research shows it sticks around in the environment long after we've finished using it, and scientists have observed that it can kill helpful algae while accumulating in the bodies of other organisms, including earthworms and even dolphins.

Because there's still so much unknown about triclosan, the European Union banned its use as a personal care product on Jan. 1 this year.

In the U.S, both the FDA and the EPA require products that contain triclosan as an active ingredient to disclose that on the label. As for its other potential health risks, the FDA's stance is that "FDA does not have sufficient safety evidence to recommend changing consumer use of products that contain triclosan at this time." It does note, though, that "several scientific studies have come out since the last time FDA reviewed this ingredient that merit further review."

In 2010 the Natural Resource Defense Council sued the EPA for inaction on regulating triclosan. It has been under review since 2013, except in Minnesota where a 2014 law has banned its use beginning Jan. 1, 2017.

While government agencies in America study whether certain chemicals should be banned or restricted, some companies are making voluntary updates to their ingredients.

In 2013, Procter & Gamble announced it would be removing triclosan from most of its products by the end of 2014. Many garden supply companies and retailers are voluntarily phasing out neonics.

Rather than wait for regulations to catch up, they are being proactive and transparent — something that's always comforting to see from the products we trust with our health and our homes.

While there are pros and cons to both precaution and waiting for definitive proof, there's one thing we know for sure: Basing decisions on good, thorough, peer-reviewed science, and continuously reviewing the guidelines that govern chemical regulation, is never a bad idea — no matter how long it takes to get there.