This viral post perfectly captures why Carrie Fisher will be missed so dearly.

Far more than just a princess, Carrie Fisher was an icon. 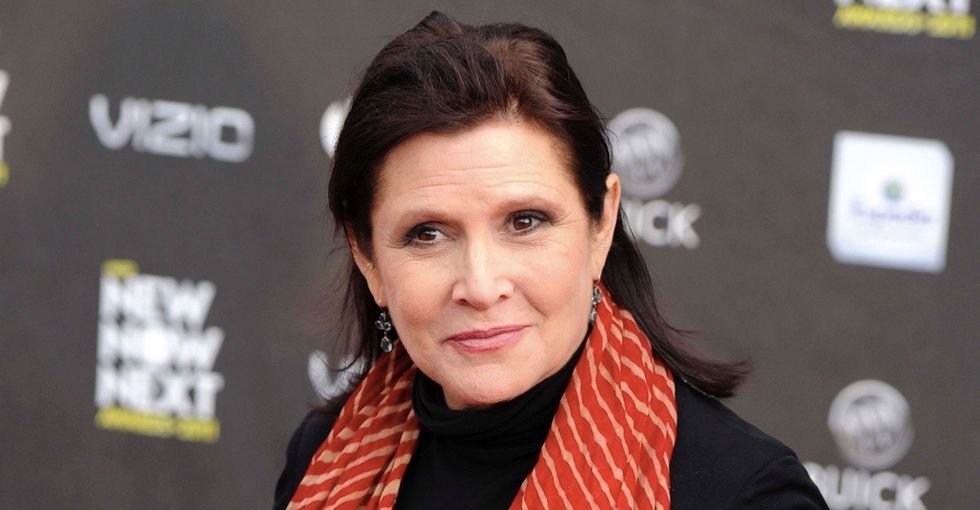 Her death comes four days after she suffered a heart attack. Best known for her role as Princess Leia in the Star Wars film franchise, it's hard to overstate just how inadequate that basic description of her is. In addition to being an actor, Fisher was also a best-selling author and a mental health advocate. To her fans, she was even more than that: an idol, an inspiration, and even a lifesaver.

Fisher attends a screening of "The Empire Strikes Back"  in 1980. AP Photo/Dave Caulkin.

This viral Tumblr post from user angelica-church explains just what made Fisher so special:

Carrie Fisher is a woman who struggled with addiction and mental illness and never sugar coated it — she spoke honestly, openly, about every ugly truth, and made me so much less ashamed of the things I struggle with in my daily life."

"Carrie Fisher is a woman who fought back against body shaming and misogyny, against agesim, who looked at critics and said, 'Yes, I am a woman who has aged, and had children, and struggled with depression* and addiction and my body has changed, so you can just shut the fuck up and deal with it,' and it was absolutely beautiful.

Carrie Fisher is a woman who was placed in the role of 'princess,' but didn’t conform to the typical Hollywood idea of what a princess should be. She’s loud, brash, crass, and unapologetic for being so."

Fisher with her dog Gary in 2015. Photo by Jesse Grant/Getty Images for Disney.

"She’s an idol and an inspiration and she’s a woman who saved my life many times just by being who she was and never shying away from it or feeling the need to say sorry. Carrie Fisher is so much and more and I cannot begin to stomach the thought of 2016 taking her away from me, from her family, from the rest of the world and those of us who love her so dearly.

I love you, space momma. We all do. Keep fighting the good fight."

Fisher is just the latest in what seems like an unending list of cultural icons lost during 2016. Like others, her influence will live on for generations to come.

We all draw our inspiration from somewhere. For many of us, that means looking to athletes, actors, entertainers, and other pop culture figures for guidance. Maybe Leonard Cohen's music helped you understand heartbreak; maybe David Bowie's carefree approach to fashion and gender expression helped you relate to the world in a new way; maybe Muhammad Ali's willingness to stand up for what he believed in helped you find a resolve deep within yourself you didn't know you had.

Carrie Fisher showed us that being a princess is about so much more than a crown.