This photographer's response to Brock Turner's release is eye-opening.

These photos are hard to look at — and that's the point. 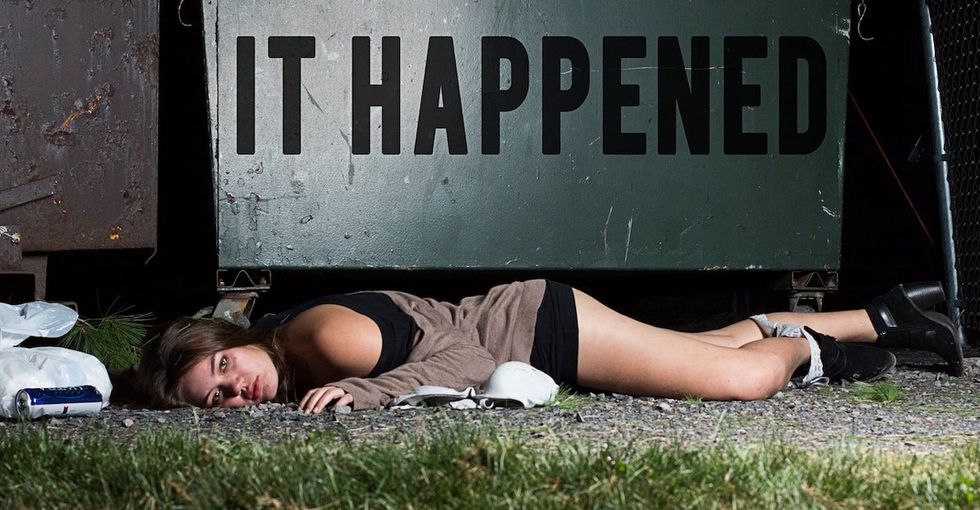 "I don’t comprehend how someone can invade someone else’s body like that. I don’t understand the logic," Mazurkevich said.

So in response, she decided to use her passion for photography to address Turner and the crime of sexual assault.

All photos by Yana Mazurkevich Photography, used with permission.

"You’re looking at it (the photo) and being a witness. You’re thinking, 'Holy crap, what can I do to help stop this?'" Mazurkevich said about the images in her photo series.

Her photos were first published on Current Solutions, a platform that encourages victims of sexual assault to share their stories in raising awareness about gender disparities and sexual violence.

They were all part of the "It Happens" series, which captures the raw emotions and feelings of nothingness at the time of an assault.

A main component of "It Happens" is the message that sexual assault can happen to anyone anytime anywhere.

"It could happen behind my apartment, in the bushes, the woods, the library, you never know; you never see it coming," Mazurkevich said.

But the collection addresses more than the time and place of an assault; it also addresses who it can happen to.

Mazurkevich focused on gender and ethnicity, hoping to show that it’s not just Caucasian women being assaulted by men.

Mazurkevich has a final message for Brock Turner, too:

"Thank you (for invoking anger). Because of you, people like me are able to start a movement against sexual assault."