This eight-year-old homeless, refugee chess champion now has a place to live. And so much more. 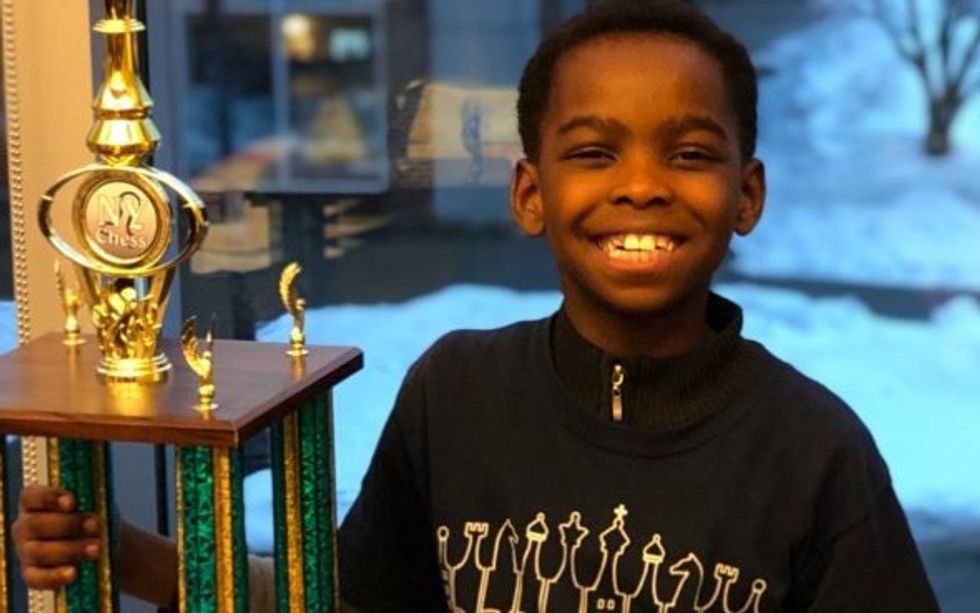 His family fled Nigeria in 2017 to avoid being killed by Boko Haram terrorists.

At the time he won the championship, he had only been playing chess for only about a year. During the same period, he and his family lived in a homeless shelter in Manhattan.

To improve their situation, his father worked hard as an Uber driver in a rented car and sold real estate through Brick & Mortar. His mother studied to be a home healthcare worker.

Tani’s victory gained national headlines and people from all over reached out to help the family.

A GoFundme campaign was started by Russell Makofsky, the head of the chess program at Tani’s school. The campaign has since raised over $240,000.

Now, thanks to an anonymous benefactor, the Adewumi family has a modest two-bedroom apartment near Tani’s school. Plus, someone donated a car to his father so he can take more home from his Uber driving and his mother has a job offer to be a healthcare aide at a hospital.

Three film companies have approached the family about making a movie based on their lives.

“I think I am still dreaming,” Kayode Adewumi, Tani’s dad told The New York Times. “I hope I don’t wake up.”

Although the family has received a massive windfall, they’ve decided to pay it forward. After tithing 10% to the church that gave them shelter while they were experiencing homlessness, the family are using the rest of the money to establish the Tanitoluwa Adewumi Foundation.

The foundation aims to help African immigrants struggling in the United States. “Anybody who is coming from Africa who is in the position we were in, we will help them,” Kayode told The New York Times. “God has already blessed me,” he continued. “I want to release my blessing to others.