This chill dad serenading his baby to sleep while it rests on top of his guitar is 2019's must-see concert. 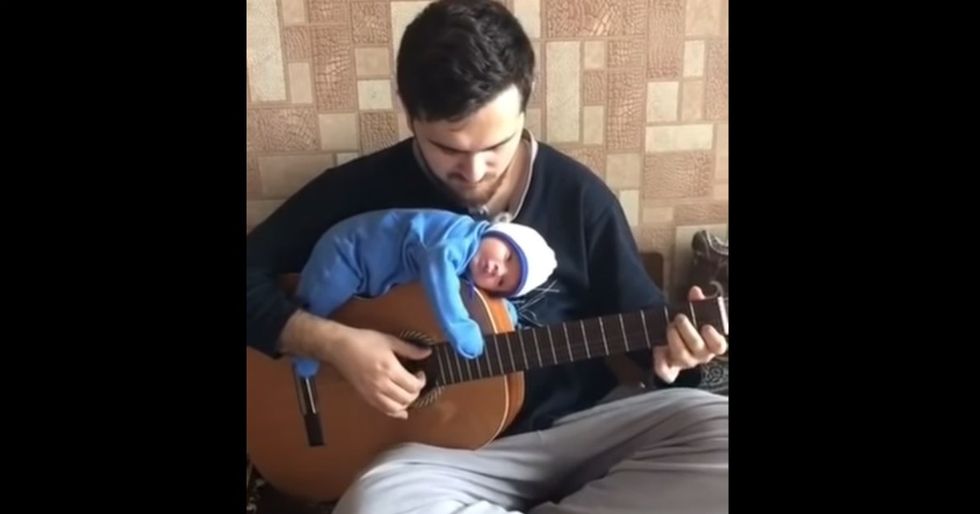 They say that music can soothe the save beast. While I'm sure that phrase was invented to describe the best way to handle lions, bears, and snakes on planes (I don't know, I'm not going to look it up), there is no beast more savage than I can think of than a baby.

Before you head off right into the comments section to argue this point with me, let's review some facts: Babies (and we were all babies, so maybe this is why we take it so personally) cry all day, cry all night, and then cry some more during times that don't even exist in our current day cycle. Also they poop and throw up a lot. And also we love them so, so, so much. (So much.)

One dad, who loves his baby very much, decided to put that whole "music soothing" thing to the test by putting the two together...literally. He stuck the baby on top of his guitar and just started playing. See if you can withstand the entire video without dissolving into an entire puddle as you watch that baby wiggle his hands and fall the hell asleep. Rock on little dude. (But quietly. And also hopefully only during daylight hours.)