They almost lost hope in foster care, but these teens found their happy ending instead. 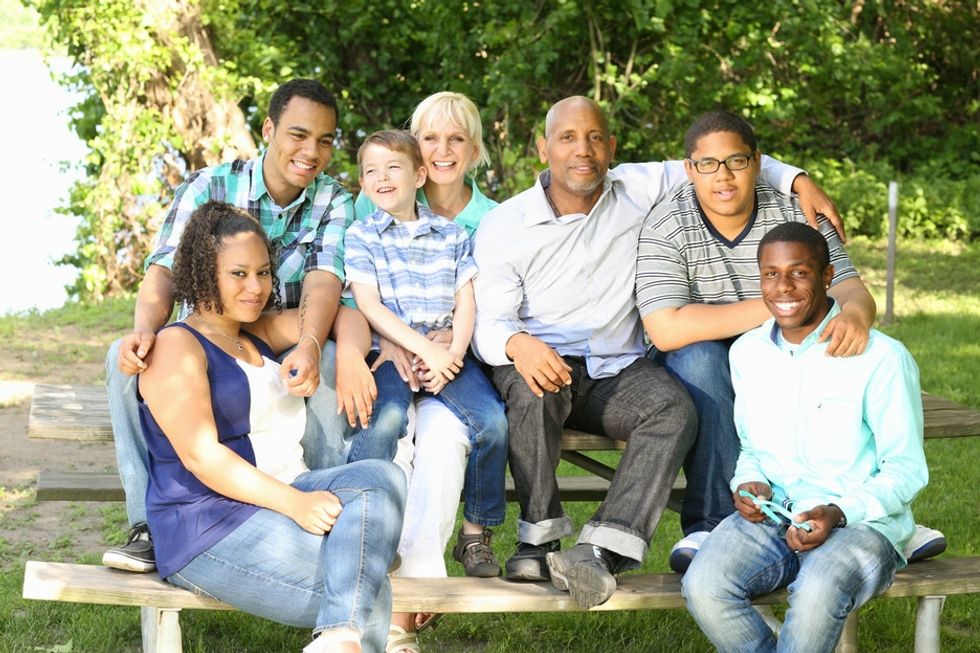 The first time John and Jane Thomas met three of their kids, they saw so many camera flashes, it felt like the paparazzi were there.

But this wasn’t a newborn photo shoot. It was a meeting in a chain restaurant, and the kids — Jonathan, Alaina, and Isaiah — were 10-, 13-, and 14-year-old siblings who had lived in foster care for most of their lives. Until they met John and Jane, they’d moved around from home to home, and Jonathan, the youngest of the three, was often separated from his older siblings.

John and Jane didn’t plan on taking any pictures at this first meeting because, more than anything else, they wanted the siblings to feel comfortable with them.

But as soon as they opened the door to the restaurant, that plan changed.

“For five minutes, we could not see because [the kids] took like a hundred pictures,” John remembers fondly.

All images provided by the Thomas family.

These kids were so thrilled to meet their prospective parents that they wanted to document every moment of it.

And they weren’t the only ones who were excited.

John had always wanted to adopt, and when he suggested it to Jane after they married in 2006, she got on board right away.

At first, the Pennsylvania couple looked for a child who was between 3 and 5 years old. But in 2007, a family member of Jane's contacted them about a soon-to-be-born baby in need of a family. So they adopted Jordan, the first child they would adopt together. They were in the delivery room when Jordan was born, and John cut his new baby’s umbilical cord.

Soon afterwards, they contacted an adoption agency to resume their search for a 3- to 5-year-old. But that all changed when their case worker asked, “Have you ever thought about teens?”

They hadn’t considered teens before, and because of the huge need for homes for teens in foster care, their case worker suggested they think about it.

After doing some research, John and Jane learned that every year in the United States, more than 20,000 children age out of the foster care system — and immediately face high risks of homelessness, incarceration, and mental health struggles.

This fact really hit home with them. Jane worked as a prison chaplain and John was a warden, so they both had witnessed some of these effects firsthand. Many of the incarcerated people they worked with had once been youth in foster care.

“We didn't want to see kids end up that way,” John says.

They also learned that siblings have a hard time getting adopted together, so not only did John and Jane decide to adopt teenagers — they set their sights on siblings.

They started attending adoption events and flipping through sibling adoption lists. There were so many in need of homes that it was difficult to narrow down their choices.

But three kids in particular stood out because, for some reason, their photo kept showing up.

“It was like they were following us,” says John.

Those kids were Jonathan, Alaina, and Isaiah.

“By the fourth time of seeing the same wonderful picture of the three of them ... we contacted the agency and said we're interested in these three.”

The kids were interested too. When the adoption agency told them about the couple, the kids zeroed in on John’s job, saying, “If your dad’s a warden, he’ll keep you safe.”

In 2009, John and Jane officially adopted the siblings.

Like many kids from foster care, Jonathan, Alaina, and Isaiah carried their belongings in big black garbage bags when they arrived at the Thomas home. But for the first time, they knew they could finally settle into a home knowing they’d never have to haul around those bags again.

John was determined to teach his kids that love is unconditional.

“We loved them through their initial pain of, are you going to disappear like the last family?” John says. “And we never disappeared. We weren't going anywhere.”

He knew it would take time for the kids to adjust. At first, he wasn’t sure what they would call him — maybe “Mr. John”? But, much to their delight, the kids began calling them Mommy and Daddy almost immediately.

But any parent with teenagers knows they can go through some difficult moments, such as sibling rivalries, missed homework assignments, and raging hormones. John and Jane tackled it all, and John says that what his kids went through was no different from the kids he knew who were living with their birth parents.

And, just like any other parents, they continued to love their children through all of the ups and downs.

As a result of that unconditional love, the siblings blossomed. They recognize the value of family and speak often about what it means that they were able to stay together.

“It's just a big deal, especially when you don't have a whole lot of constants in your life,” John explains. “To have your siblings with you is a constant, something you can count on.”

John and Jane have no regrets about adopting teenagers. In fact, three years after adopting Isaiah, Alaina, and Jonathan, they adopted 15-year-old Dontae.

“We would do it all over again,” John says. “If our house was bigger, we probably never would’ve stopped.”

Dontae, now 21 years old and living in Ohio with his fiancée, recently called John at 1 a.m. Like most parents would, John immediately asked him what was wrong.

“Nothing,” Dontae said. He just wanted to tell his dad that he’d just played a great football game. And, for a teen who’d been in foster care, it was really special to have someone to call.

Dontae and John on the football field.

Now, the siblings are 19, 22, and 23 years old. All three have graduated high school, and Isaiah and Alaina have moved a few hours away from home. But they all keep in touch and come home for the holidays.

Those precious visits continue to remind John why the entire journey was worth it.

“Every child needs at least one person who is crazy about them,” John says. That’s why he’s passionate about spreading the word about the joy of loving teens who have been in foster care.

“What do you want to leave behind? That you had the nicest car or home or whatever? Or that you invested in the life of some kids who by no fault of their own had to find a family?”

From Your Site Articles
GoFundMe Heroes