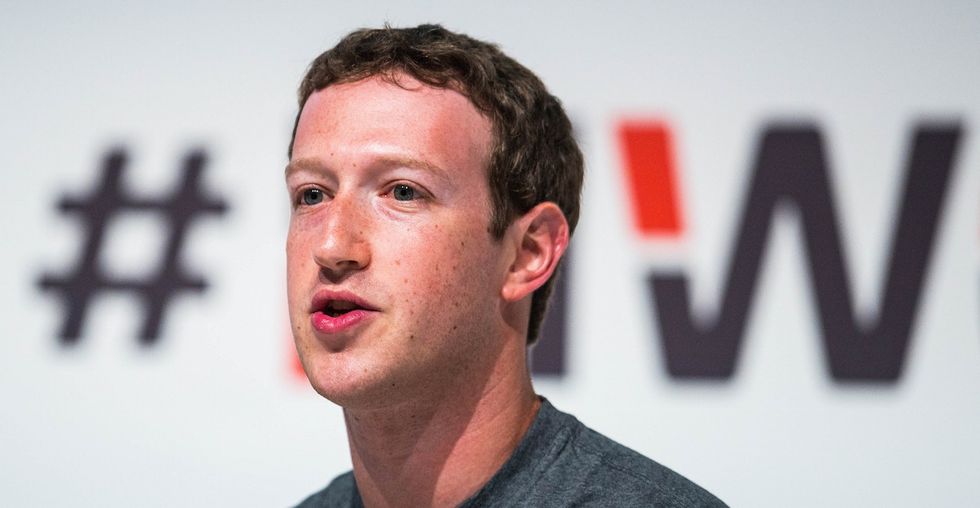 Someone in my Facebook feed recently uploaded a ... surprising picture with the caption, "I drove past this on the way home."

In the comments, a friend wrote, "Woah!" Another person, "lol."

There are so many ways to react to a photo! Image by Theus Falcão/Flickr.

Want to know what it was a picture of? If you're like most of Facebook's 1.5 billion users, I could just send you the link so you could see for yourself. But if you're blind or visually impaired, like 285 million people worldwide, well, tough luck.

But there's some good news.

Facebook's accessibility team is working on new artificial intelligence that would scan, analyze, and describe photos to users who need it.

The Internet can be a challenging place for people who are blind or visually impaired, but it's actually come a really long way.

Amanda Martins, a student in New York who's been blind since just before her first birthday, told Upworthy, "I can do most things on the Internet."

She credits screen readers like Apple's VoiceOver that can read text aloud to her. And accessibility best practices have really evolved to help web designers and content creators when it comes to writing descriptive captions for their images, which can also be read by these programs.

But the uncharted world of user-generated content on social media is a totally different story.

Screen readers are kind of like Braille for the Internet. Photo by rolanddme/Flickr.

We share practically our entire lives on Facebook. Whether it's baby pictures, wedding photos, or the always popular "alcoholic beverage held up against a sunsetting sky." But if you can't see, you can't interact with these moments, and rarely do the captions we write for our photos accurately describe them (though Amanda said she's super appreciative when they do).

That leaves those who are blind or visually impaired missing out on the connectivity that's supposed to be at the heart of Facebook.

Facebook's new "object recognition," while it can't describe whole images, will be able to identify and describe some of their key elements to a user.

OK, it's not exactly Hemingway, but it's better than nothing.

Talking about this intriguing development, Amanda said, "No technology is ever going to enable me to 'see' pictures. And that's fine. I just want to be able to understand what a huge percentage of my news feed is. Even if all this technology can do is tell me that someone's uncaptioned photo is 'outside, child, bus,' I'll be able to intuit that it's a photo of a kid getting on a bus for school."

Facebook's tool might describe this as "outside, children, bus." Photo by woodleywonderworks/Flickr.

King put it like this: "This might not be 100 percent yet, but even if it's just halfway there, the level of engagement that's possible, the amount of enjoyment I can get — that's like going from zero percent to at least 50 percent of what you might get. That's a huge jump."

Facebook's accessibility team has a tough job, but they've done some great work so far.

The team, led by Jeff Wieland, is designed to "improve Facebook for people with disabilities, and ensure that our products cooperate with assistive technology."

They do a lot of their work inside an "Empathy Lab," an environment that allows engineers to emulate what it might be like to use Facebook with different impairments. That's led them to make some pretty cool improvements to the platform, like better integration with VoiceOver and built-in support for people posting about depression or self-harm.

They're not perfect, though. Amanda says she's constantly encountering new Facebook features that don't work with VoiceOver, though she also says Facebook is usually pretty good about getting those issues fixed.

According to TechCrunch, Facebook hopes to release object identification by the end of the year on either their mobile or web platform.

Oh, and the picture my Facebook acquaintance put up? It was of some police trying to keep a cow from crossing the highway. But it could have just as easily been something much more memorable, like a baby's first steps or a friend proudly standing in front of her newly purchased home.

As for the fact that soon no one will have to miss out on things like that because they can't see? There's only one thing left to say: