The U.S. and China have agreed to do something we hadn't dared hope for.

Here are eight reasons why the world is now a better place. 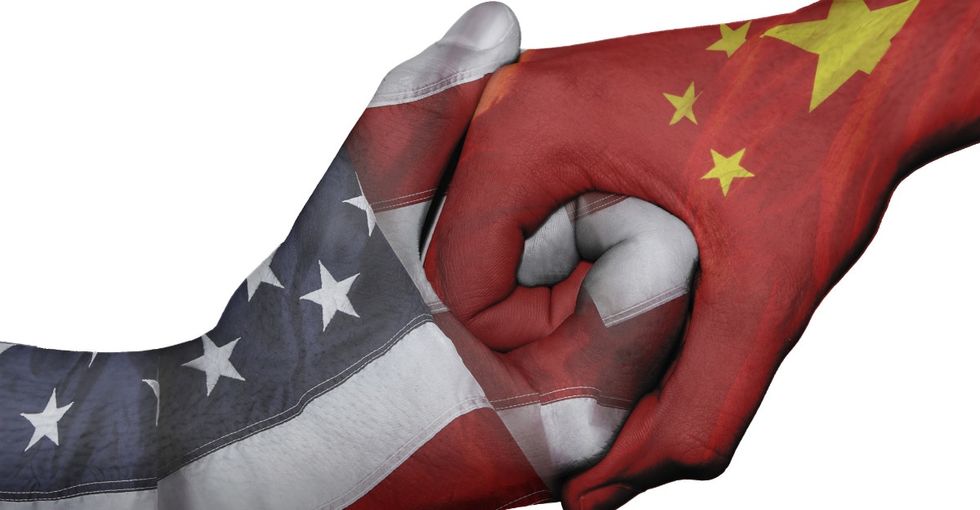 1. After not doing anything about it for decades, China and the U.S. have agreed to tackle a big problem.

The two countries are the world's biggest producers of the greenhouse gas CO2. They signed an agreement to cut CO2 and other emissions that cause climate change.

2. This is the first-ever pledge like this from China, and it's ambitious — to get 20% of its energy from non-greenhouse-gas-emitting sources by 2030. Here's the fact sheet from the White House with a few more details.

3. Here in the U.S., lots of politicians have pointed to China as the reason the U.S. should not sign climate treaties. What will opponents of climate change action use as an excuse now? Check out this spot-on video from Climate Desk of what the excuses sound like:

4. The agreement means a lot of support for ongoing U.N. climate talks aimed at a worldwide deal on lowering emissions set for Paris 2015.

5. This kind of commitment means a big boost to investors and green energy markets around the world. According to the fact sheet: "It will require China to deploy an additional 800-1,000 gigawatts of nuclear, wind, solar and other zero emission generation capacity by 2030 – more than all the coal-fired power plants that exist in China today and close to total current electricity generation capacity in the United States." Whoa. That's a lotta business.

6. The agreement also points the way to more China-U.S. cooperation in the future. The agreed-on collaborations include the U.S.-China Clean Energy Research Center, phasing out other pollutants, launching a Low-Carbon Cities Initiative, promoting trade in "green goods," and supporting pilot programs that demonstrate clean energy on the ground.

7. China's environment is a mess, so this investment in cleaner energy is a great thing for their air, land, and water.

8. The U.S.-China deal builds on commitments President Obama made in 2009. We aren't starting from scratch here, and this agreement helps reinforce steps we've already taken. According to Secretary of State John Kerry, since Obama took office, wind energy production in the U.S. has tripled and solar energy has increased by a factor of 10. But others point out that's not enough. This new agreement keeps us moving in the right direction.

So, this new U.S.-China deal isn't binding, and already critics are throwing around words like "charade," but a quick look at the Twittersphere shows that for all of us wondering if we were ever going to see strong leadership on climate change from the biggest contributors, this is a very welcome and hopeful surprise.