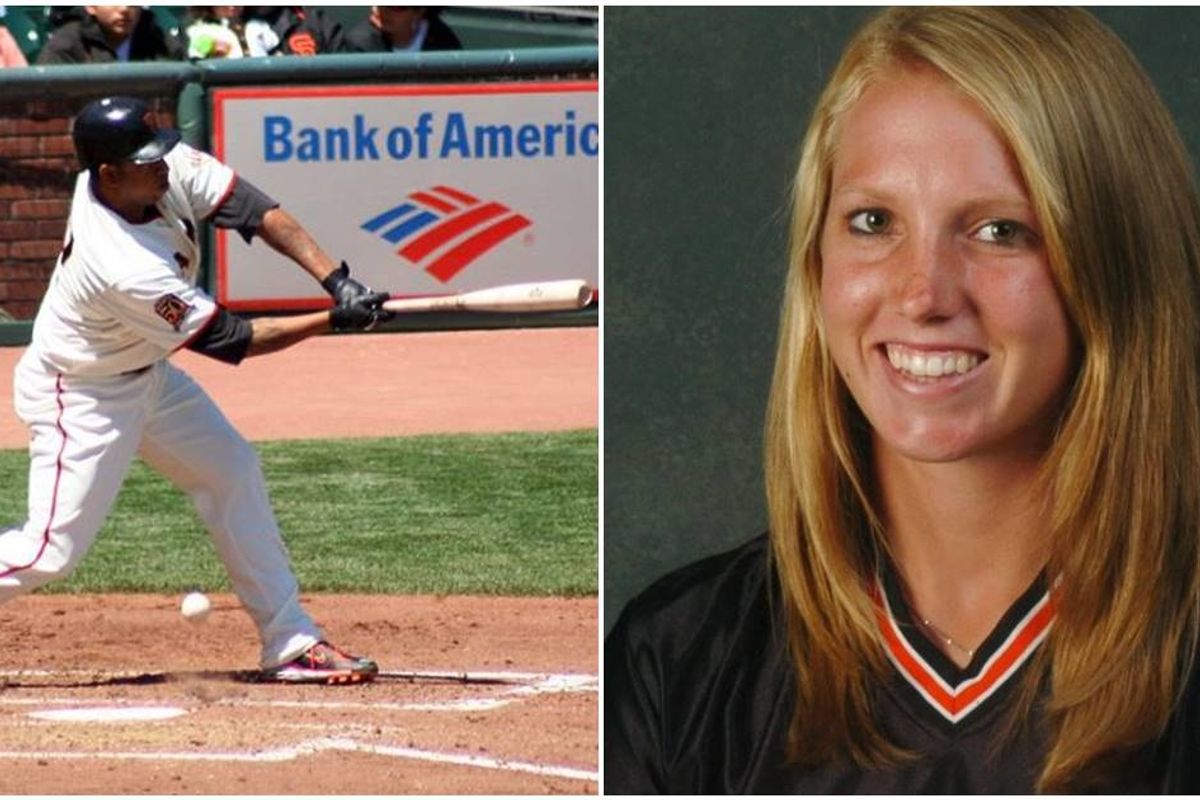 The San Francisco Giants have announced that Alyssa Nakken will be an assistant on the team's coaching staff, making her the first female coach in Major League Baseball history.

Nakken first began working for the team in 2014 as an intern, and was promoted to lead many of the team's health and wellness events. Currently, she chairs a group that works to encourage diversity and equality in the Giants organization.

In December, she was nominated by her coworkers for the 2019 Sprinkles of Love Award which honors Giants employees for their ethics, professionalism and humanitarianism.

"In every organization, environment affects performance, and baseball clubhouses are no different," Giants manager Gabe Kapler said in a statement to announce the hiring of Nakken and Mark Hallberg, another new coaching assistant.

"That's why in addition to assisting the rest of the coaching staff on the field, Mark and Alyssa will focus on fostering a clubhouse culture that promotes high performance through, among other attributes, a deep sense of collaboration and team," Kapler continued.

Nakken had an illustrious college career playing first base for the Sacramento State Hornets. From 2009 to 2012 she was a three-time all-conference selection, four-time Academic All American, four-time Commissioner's Honor Roll member and the 2012 conference Scholar-Athlete of the Year.

RELATED: Issa Rae's response to the Oscar nominations lack of diversity says it all

Academically, she earned her Master's Degree in Sport Management from the University of San Francisco in 2015 and her B.S. from Sacramento State University in 2012.

According to MLB, Nakken wasn't the only female considered for the job. The Giants also interviewed Rachel Balkovec who was hired by the New York Yankees as a minor league hitting coach in November.

While Nakken's hire is a fantastic step for the MLB, it is well behind the NFL and NBA when it comes to diversity.

According to the 2019 Racial and Gender Report Card released by the Institute for Diversity and Ethics in Sports, the MLB received a C for gender diversity. The NFL received a C+ and the NBA a B.

RELATED: The 12 most badass action films with powerful female leads

The NBA has several female assistant coaches and the NFL's San Francisco 49ers has a female offensive assistant, Katie Sowers.

"You know, you never expect it but when it comes you definitely answer the call," Thomas said at the time.