The reason this teacher was suspended shows a painful reality for many LGBTQ people. 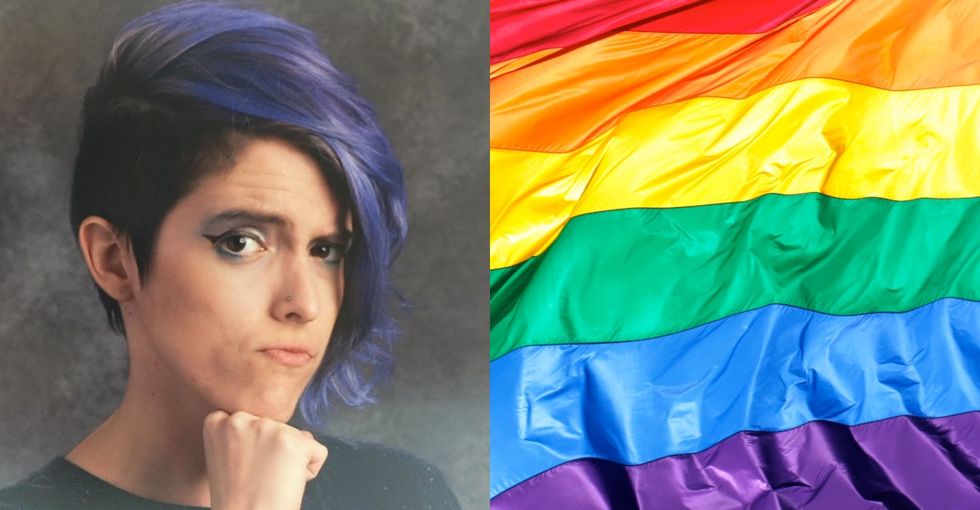 By all accounts, Stacy Bailey is an excellent teacher. After all, she was selected as her school's Teacher of the Year. Twice. Then she was suspended.

Considering how difficult it is to keep quality educators in classrooms that are often understaffed and lacking resources, you may already be scratching your head and wondering what horrible thing Bailey must have done to be taken out of her classroom for an entire year.

Bailey was suspended because she showed her elementary students a photograph of her future wife.

According to reports, the reason Bailey was suspended had everything to do with the fact that she acknowledged that she was in a relationship with a woman.

NBC News reports that Bailey is suing the Texas school district for discrimination. She was removed from the classroom for, as one parent reportedly complained, promoting a "homosexual agenda."

She didn't lead a class on homosexuality. She didn't spend an hour discussing painstaking details of her relationship and love life. Instead, during an event meant to introduce students and teachers, Bailey, who's been an educator for over a decade, showed her students pictures of her family and friends — which included Bailey's future wife.

"During her tenure with the district, there has never been an issue with her open sexual preferences until this year," the district wrote in a statement. "The issue at Charlotte Anderson Elementary School is whether Mrs. Bailey has followed district guidelines requiring that controversial subjects be taught in 'an impartial and objective manner.' Teachers shall not use the classroom to transmit personal beliefs regarding political or sectarian issues."

But that statement seems to be hanging a whole lot on Bailey showing a picture of her wife-to-be.

Bailey is fighting back because she knows this is about more than just a teaching job.

Bailey has been trying to incorporate better representation and protections into her school for a while. The Advocate reports that shortly before she was suspended, Bailey spoke to the school about adding LGBTQ-inclusive language to the school's anti-discrimination policies. A day before she was suspended, Bailey reached out to other schools to see whether they had gay-straight alliances (groups where students could come to learn about each other and fight for equality regardless of identification) and to see how those were handled and led.

Bailey is fighting to be reinstated at her school. In February, numerous people came to a school board meeting to show their support for her. But the school district seems to be standing firm on its position.

Representation matters everywhere — in classrooms too.

Teachers are people, and people come from all kinds of backgrounds and have all kinds of families and lives. Of course if you stop and think about it, teachers who don't identify as LGBTQ often speak about their partners without any kind of fuss. That's because being open about heterosexual relationships in both passing and more in-depth ways has always been accepted as the norm. But families and marriages can look a lot of different ways and it's important that both students and parents realize that when a teacher who identifies as gay mentions their partner, they're just trying to lives their lives like anyone else would.

It's unclear what the school district's exact concerns are, but the fear seems to be that children who learn about the sexual orientation of the trusted adults in their lives may somehow emulate that orientation. But there's no evidence that's true. You know what we do have evidence of? That teachers who are LGBTQ are afraid to speak out and be themselves at work. That students who see LGBTQ role models in their lives may feel more comfortable with themselves as they discover who they are. And, really, isn't that what we want for all children?