The Iran deal as explained by Jack Black, Morgan Freeman, and people who actually know about it 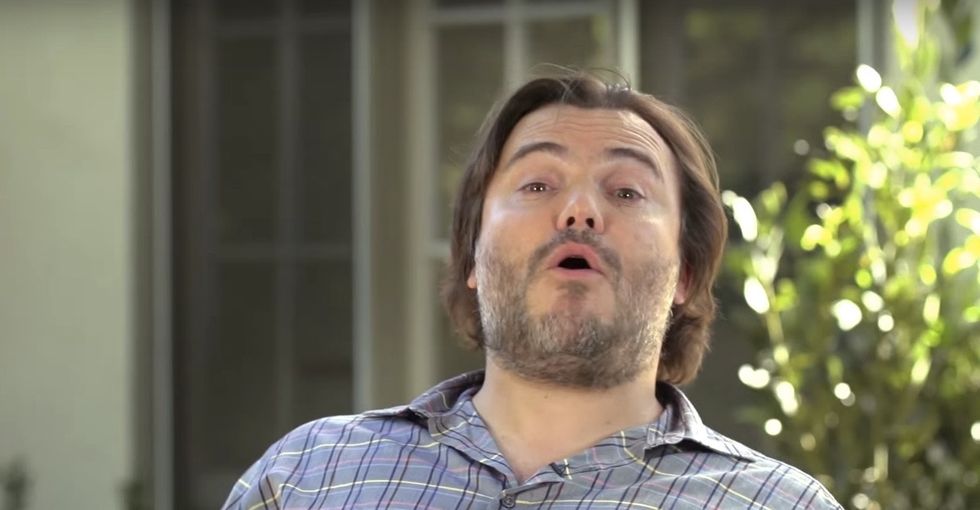 Have you heard about the "Iran deal"?

In case you missed it, the White House struck a deal with Iran to prevent them from developing nuclear weapons for the next 10 years. If you've been watching cable news, there's been no shortage of pundits yelling past each other about how awesome or awful it is. The Democrats love it and the Republicans hate it. But do you really want to base your decisions on what people in Congress say? I sure as hell don't. Congress doesn't really do nuance that well.

Based on the analysis I've read, the deal itself seems to be a good idea. But honestly, how many of us can say we truly understand how it works?

If only we had celebrities to explain it to us. WAIT! DON'T LEAVE!

Just watch this explainer video. The celebrities get fact-checked at 47 seconds in. (Don't worry, they're in on the joke.) If you don't want to watch the video, scroll down for the explainer.

The details of the deal are, frankly, over my head.

Often, when major issues are brought to the American public, marketing people trot out celebrities to scare you into changing your mind on an issue. In this satirical video, movie stars Jack Black, Natasha Lyonne, Farshad Farahat, and Morgan Freeman are here to scare you. They start by explaining how we'll all die if the Iran deal doesn't happen.

All GIFs via Global Zero.

But then the video takes a turn for the interesting.

First of all, America is not going to get nuked.

But the deal is still incredibly important to stability in the Middle East.

What makes this video different is that the celebrities get fact-checked by people with experience.

Queen Noor of Jordan (who has extensive experience fighting for human rights), former CIA agent Valerie Plame (whose work included stopping Iran from getting the bomb) and former United States Ambassador Thomas Pickering (who was instrumental in making sure we didn't get embroiled in a decade-long war the first time we went into Iraq) fact check them.

What happens if we don't accept the deal that's on the table?

Former U.S. Ambassador Pickering (who was a Republican appointee) says:

And what happens if we go to war?

Former CIA agent Plame, who again, just to remind you, worked for the CIA on a mission to prevent Iran from getting nukes, says:

And we all know how well we do at long-term invasions in the Middle East, right?

Why is this deal a good one?

We'll be able to keep an eye on everything.

According to the White House, everywhere that Iran touches nuclear material, international inspectors will have immediate access.

Image via the White House.

And if they try to create a new secret location, the inspection team has a plan for that as well. According to Joe Cirincione at Slate:

That's all well and good, but what do other experts say?

Having a celebrity-filled video is great but if you really want to verify that something is going to be successful, you have to see what the actual experts think.

James Fallows at The Atlantic did a great job of explaining who is for it and who is against it. I won't go into detail, but here's a summary.

People who are against the Iran deal:

People who are for the Iran deal:

Basically, everyone else — Democrats and Republicans from across the spectrum who have worked in foreign policy, more than 100 former U.S. ambassadors of every political stripe, including five former American ambassadors to Israel, over 60 highly respected American "national-security leaders," Hans Blix (the guy who ran inspections for weapons of mass destruction in Iraq), a bunch of optimistic Iranian dissidents, and according to The Atlantic article, "numerous Israeli analysts and former military and intelligence-service officials."

You can see a more comprehensive and in-depth list of everyone who both supports the deal and is against it in James Fallows' astute piece.

But what can you do about it?

Basically, the only thing that can stop this deal now is Congress.

And we know that experts from across the political spectrum think this Iran deal is a good compromise. So I was hoping to ask you to do something you might not normally do.

Ask them to give diplomacy a chance. And then consider sharing this.

And just to thank you for doing that, I'm including a GIF of U.S. Ambassador Thomas Pickering grinning cheesily at the camera. You're welcome.