That's Not How You Endorse Your Presidential Candidate

The keynote speaker's job is to pump up the party's constituents and get them excited about the candidate. Or, at least, that's what the speaker's job is supposed to be. So why did Chris Christie do such a bad job of endorsing Mitt Romney? 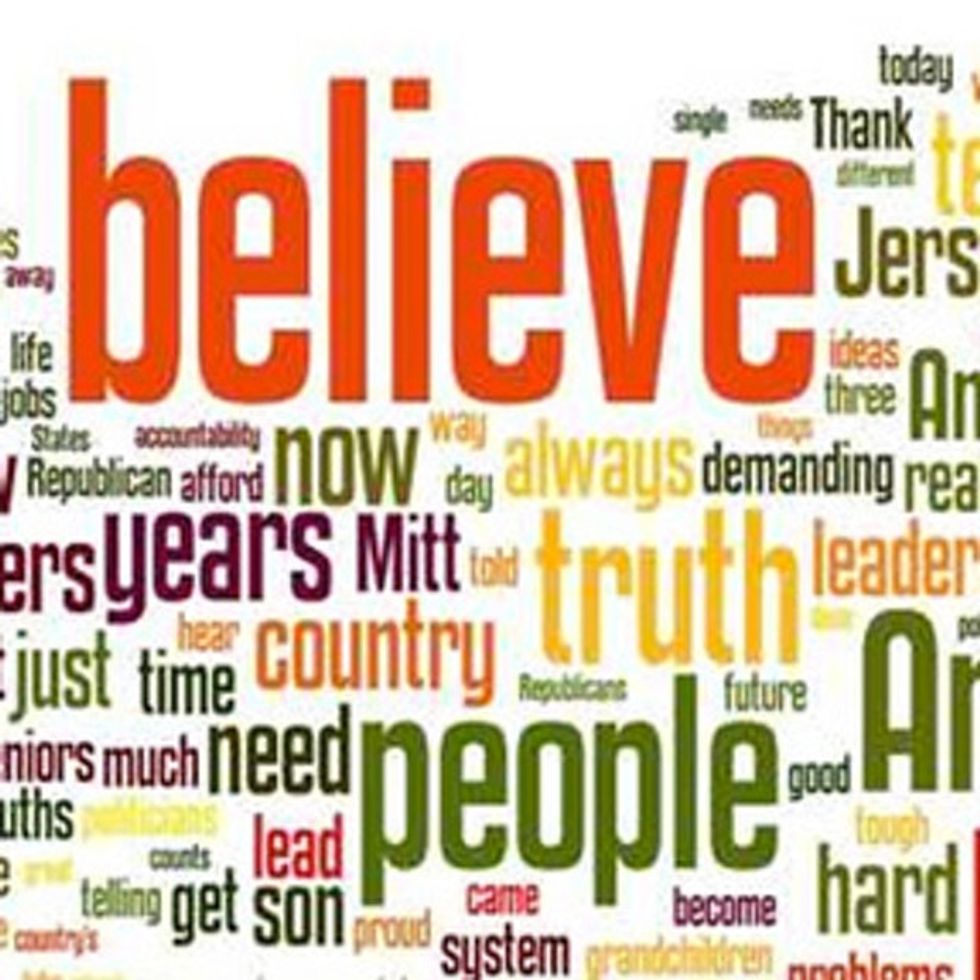 Here's a word cloud of Chris Christie's speech. Can you find Romney?

For contrast, here's the word cloud for Bill Clinton's speech:

Keep Reading Show less
vegan
Get stories worth sharing delivered to your inbox
By signing up you agree to Upworthy's privacy policy.
Trending Stories
More