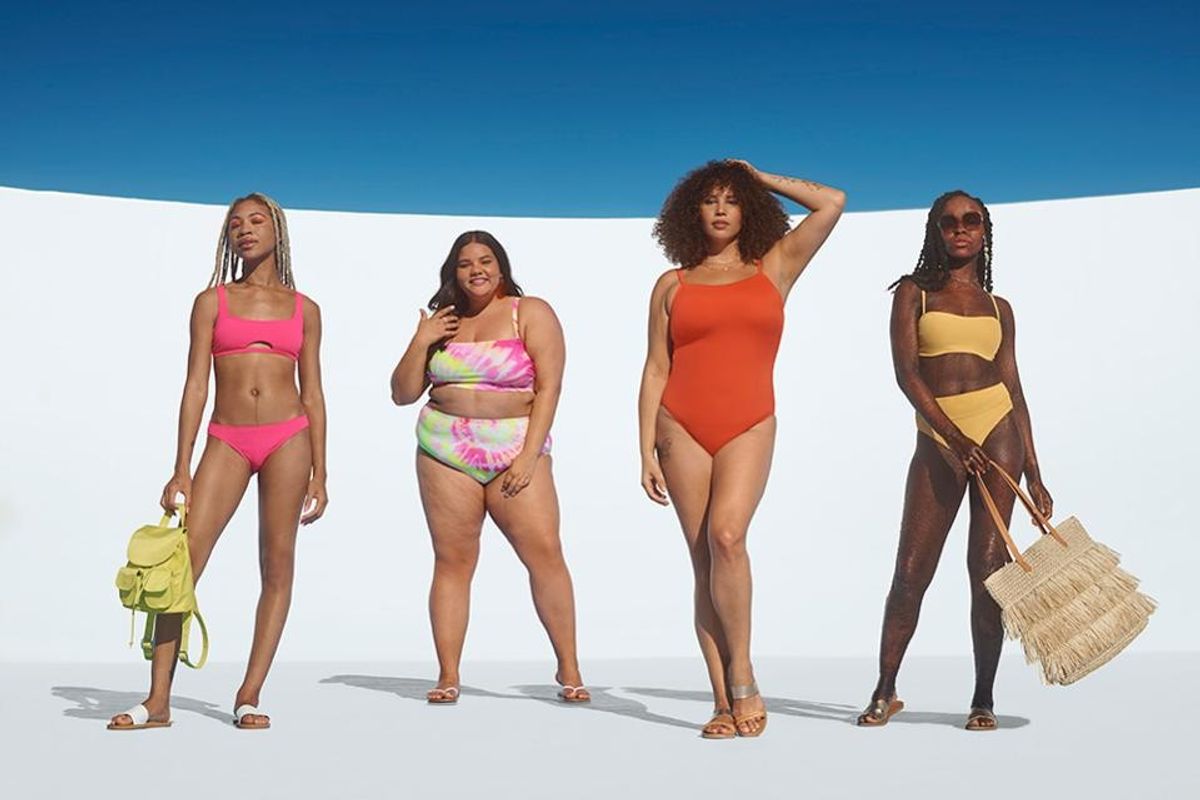 It's sounds weird, but having models who look like the women who buy swimsuits can actually help sell swimsuits? Target has been the number one market share holder in women's swimwear since 2015, and it's hard not to feel that their commitment to inclusive models gets part of the credit.

Target just launched their Swim 2020 campaign, and the models for the retailer's line come in all sizes and races, just like the women who are actually buying them. This year, Target even cast a model with Ichthyosis, a hereditary skin condition that causes the body to shed its skin every two weeks. The condition creates rough, dryer skin on the surface of the body, giving it an appearance like scales.

RELATED: Tommy Hilfiger and Zendaya just put on a historic runway show featuring only black models and it was perfect.

According to the American Academy of Dermatology, one in four Americans have been impacted with a skin disease since 2013. By casting Jeyza Gary, the model with Ichthyosis, Target is sending a message that bodies with skin conditions are also bikini bodies.

Gary went into modeling because after a friend encouraged her. Gary had never seen a model with her skin condition, and her decision to embrace who she is inspired others. "I posted one of the pictures to my Instagram, and one woman reached out in my DMs. She said, 'Your pictures give me goosebumps. I have lamellar ichthyosis, but I don't have the courage to wear shorts. You give me the courage to do something I've never done,'" Gary told Refinery 29. "It's not about me. It's about allowing other people to see me and be encouraged." Target's swimwear line is her first campaign.

Jeyźa on Instagram: “I’m legit shaking typing this... New work featuring ME for @target swimwear. My spicy skin and I went to Cali on a moments notice and…”

Target's swimwear collection of 1,800+ new pieces doesn't leave curvier women out of cute fashion. Top sizes go up to 26 and 38DDD. 68% of women in America wear a size 14 or higher, yet they're often left out by clothing manufacturers. Women shouldn't feel left out just because their body isn't what we're traditionally used to seeing in advertisements.

It's great that more major brands are realizing that representation isn't "one size fits all," and are changing their advertisements to reflect that. On top of it all, the new swimsuits look pretty darn cute.