Dogs can understand human gestures, even if they've never been around humans 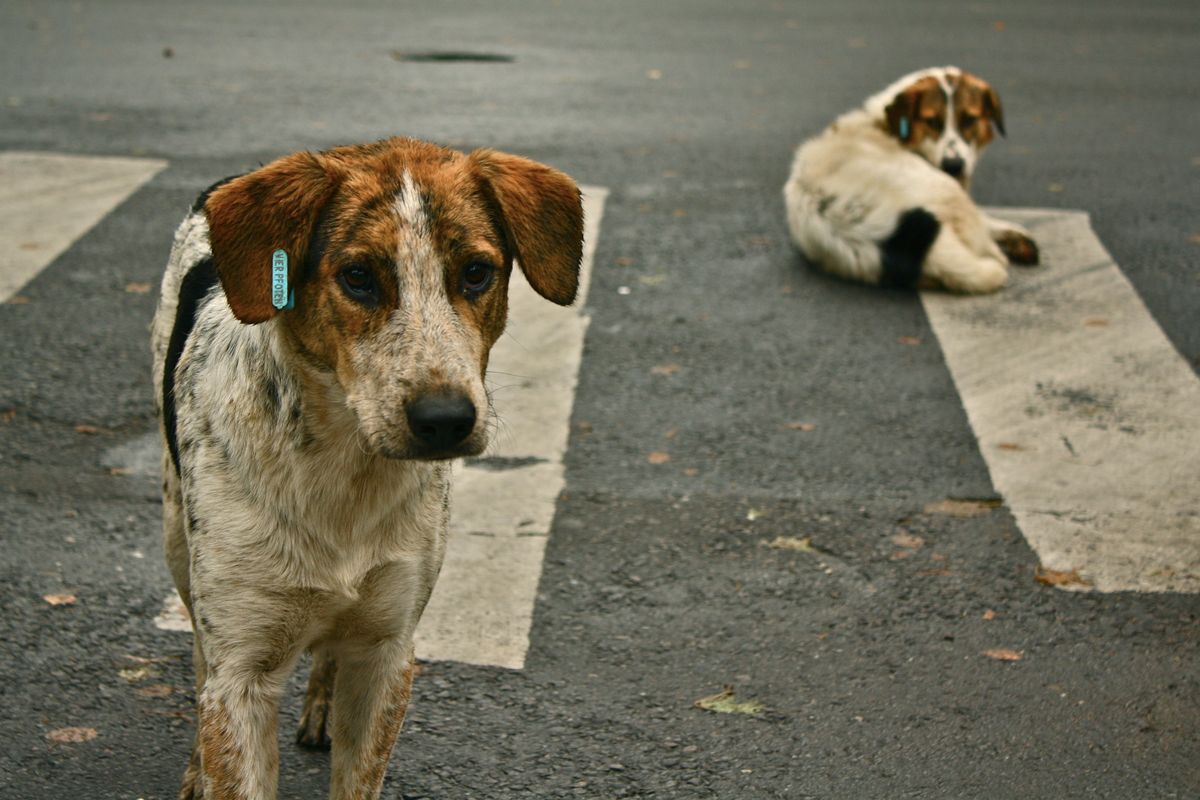 A 2009 study found that dogs have the intelligence of a two-and-a-half-year-old child. They can also understand up to 250 words and gestures. And they've had a long time to get it right. We started domesticating dogs 10,000 to 15,000 years ago, and that domestication runs deep. It turns out, even dogs who have never heard a human yell "roll over" might still understand basic commands. A new study found that stray dogs can understand human gestures, such as pointing, which suggests that dogs innately understand people.

Dr. Anindita Bhadra of the Indian Institute of Science Education and Research Kolkata and her colleagues studied 160 stray dogs across several cities in India. Two covered bowls were placed in front of each dog. One bowl contained raw chicken, and the other bowl was both empty and food-scented.

Another experimenter then pointed at one of the bowls for varying amounts of time. The humans stood away from the bowls in order to allow the dog to "judge what the humans intention is and then make a decision," Bhadra told National Geographic.

Half of the dogs refused to come close to the researchers, and many seemed anxious. According to Bhadra, it's likely these dogs had prior bad experiences with people.

Of the dogs that did participate in the study, 80% of dogs went to the bowl that was being pointed at regardless of the length of time the pointing occurred. They hadn't ben trained to understand pointing, they just went. Researchers believe this indicates that dogs can understand complex human gestures. You have to give it to the dogs. Some animals would just sit there and smell the pointing finger.

"We thought it was quite amazing that the dogs could follow a gesture as abstract as momentary pointing. This means that they closely observe the human, whom they are meeting for the first time, and they use their understanding of humans to make a decision. This shows their intelligence and adaptability," Badhra told National Geographic.

RELATED: Dog owners are more likely to kiss their dogs than their significant others

However, the dogs weren't above developing trust issues. If the dog discovered that the human was pointing to the empty bowl, the dog was less likely to follow the human's cues again.

Badhra says the study can help children and adults have "a more peaceful co-existence" with stray dogs by helping humans learn how to interact with the animals. There are approximately 300 million stray dogs in the world, many of which carry diseases such as rabies. Knowing how to deal with a stray dog can help prevent such attacks from occurring.

Now if only researchers could figure out if dogs innately know how to eat pasta from the same bowl as another dog, Lady and the Tramp-style…

Related Articles Around the Web
dogs
Most Shared