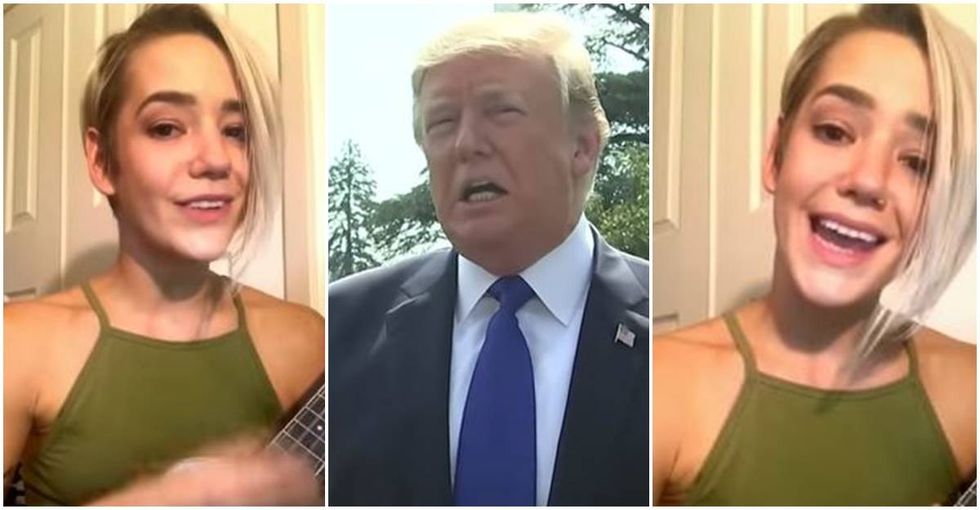 Donald Trump has a long history of supporting men accused of sexual assault. He’s done so by mocking women that have come forward with allegations while treating the men as victims.

“It is a very scary time for young men in America, where you can be guilty of something you may not be guilty of,” Trump said, in support of then-Supreme Court nominee, Brett Kavanaugh.

Kavanugh has been accused of multiple acts of sexual misconduct from attempted rape to exposing himself.

"This is a very, very — this is a very difficult time. What's happening here has much more to do than even the appointment of a Supreme Court justice,” he told reporters on the White House lawn on October 2.

“It's a very scary situation where you’re guilty until proven innocent,” Trump said, not realizing that Kavanaugh wasn’t on trial, but going through a confirmation process. “You could be somebody that was perfect your entire life and somebody could accuse you of something.”

Trump has been accused by nearly two dozen women of sexual misconduct.

The ukulele-backed tune calls attention to the the many reasons women have to fear men, from being raped to belittled for speaking out about abuse.

It's also a great explainer on male privilege.

“A Scary Time” by Lynzy Lab

I can’t go to a bar without a chaperone

I can’t use public transportation after 7 pm

And i can’t ever leave my drink unattended

But it sure is a scary time for boys

It’s really tough when your reputation’s on the line

And any woman you’ve assaulted could turn up anytime

Yeah, it sure is a scary time for guys

It’s so confusing, is it rape or is it just being nice?

So inconvenient that you even have to think twice

I can’t have another drink even if I want more

I can’t make you feel invalid, unseen, or ignored

I can’t speak out against my rapist after 35 years

I can’t be taken seriously if i'm holding back tears

and I can’t ever speak earnestly about all my fears

But it sure is a scary time for dudes

And what gives her the right to give you attitude?

Yeah, it sure is a scary time for men

Her dress was short and she was drunk, she’s not so innocent

It’s not such a scary time for boys

It’s time for women to rise up,

Use our collective voice

The day to vote’s November 6, so let’s go make some noise