She couldn't tell what was wrong with her son. She never suspected it was anxiety. 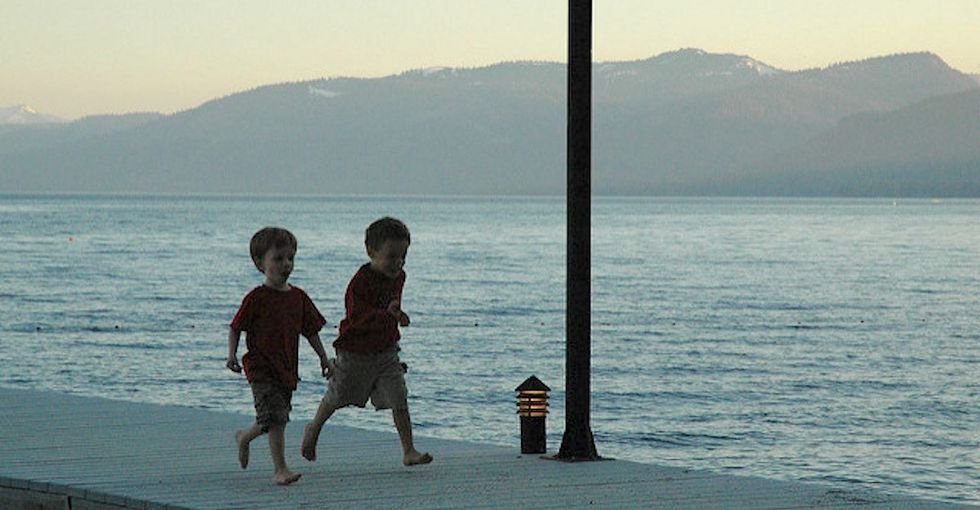 About a year ago, Amanda Ponzar’s son stopped being able to fall asleep.

"He would look at the clock, and it would get later and later," she says, but the boy absolutely would not nod off. At first, she and her husband chalked it up to standard kid stuff, a fear of the dark or bumps in the night. But as the problem persisted, they were baffled.

"We didn’t know what was going on. We didn’t have words for it," Amanda says. Sniffles, coughs, a temperature — those were the symptoms they were used to dealing with. Chronic insomnia in a 9-year-old? This was new territory.

"We were absolutely clueless until we took him in to talk to his neurodevelopmental pediatrician,” Amanda says. The doctor ran some tests and finally put a name to what they had been observing. The boy had anxiety.

Once the Ponzars figured out what was wrong, they could confront the issue head-on.

They started seeing a therapist regularly and found, collectively, that exercise was an effective way of helping their son cope with his anxiety.

But as they learned more about their son's condition, they realized they could prevent those late night insomnia sessions altogether by making sure he got physical activity during the day. It was time for a lifestyle change.

"We know that’s really going help, so why would we not just do it all the time?"

It’s easy to forget kids can struggle from mental health issues, but they can — and it’s important to recognize the signs.

It had never occurred to the Ponzars that their son could be suffering from an anxiety disorder. "We don’t make that connection," Amanda says. "What does a child have to be anxious about, right?"

But just like adults, kids can struggle with neurochemical imbalances that range from slight to serious. Parents need to be aware of the issue so they can look for the appropriate treatment.

"Once you realize that's what it is, then you can start doing research and looking into different strategies," Amanda says.

Working with their doctor, they've developed a management plan that works for them. If their son should need it, they're open to the possibility of medication, but since a combination of therapy and exercise has been effective so far, the Ponzars have decided to stick with that for now.

Research also shows that kids who establish a routine of physical activity are at less risk of developing mental health issues to begin with.

Even for kids as young as 6 and 8, studies show that increased physical activity can predict lower levels of depression up to two years later in life. The takeaway? If they're able to, everyone should be getting active to improve their mental health.

"It’s not just kids, it’s all of us," Amanda says. "And I think that’s how our kids learn to build it into their routine, by seeing us do it too."

For the Ponzars, what started as a scary health mystery has turned into a healthier lifestyle for the whole family.

"I am not an athlete. Let’s be clear here," Amanda laughs. "But I’m gonna go out there because it’s good for all of us. It’s modeling the behavior. And I feel better about myself and I’m healthier as well, mentally and physically."

After all, it's difficult to get her kids active if Amanda isn't willing to get active herself.

"What about you, mom and dad? Are you sitting in a chair all day? When you get home are you watching TV all night?" she says. "Kids see that. So I think we have to get our butt out of the chair somehow."