Target hits the bull's-eye, once again. 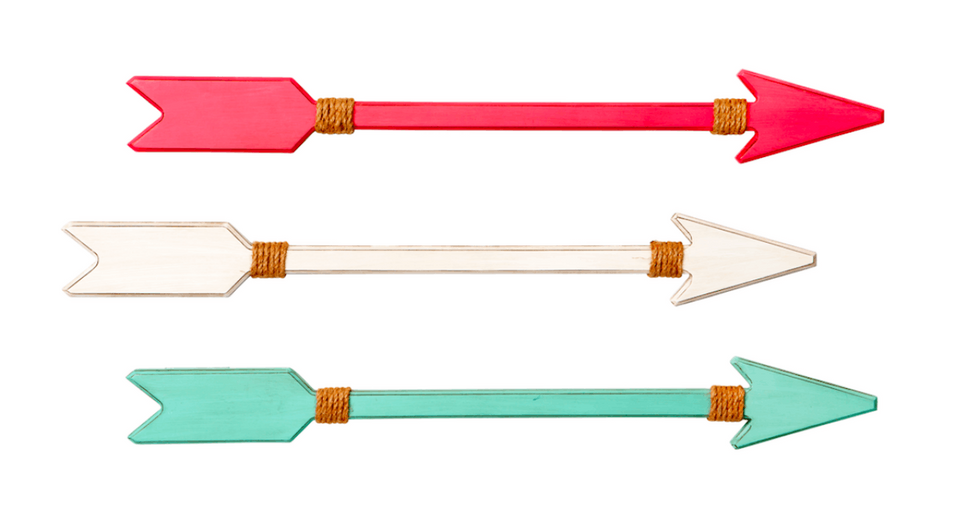 Late last summer, Target made waves by axing gendered signage in many of its store sections.

Like in the toy aisle, for instance: Who's to say what's a boy's toy and what's a girl's toy? The retail giant decided to leave that question up to kids and their parents, and many customers applauded the move (although, even in 2015, not everyone was on board with this).

Now, Target has taken another progressive step forward when it comes to breaking down gender stereotypes at its stores.

The line — which includes 1,200 pieces of bedding, decor, furniture, and more — debuted online and in stores last month. One difference customers might spot with the brand is the number of items in the collection that aren't designed with a specific gender stereotype in mind.

“One thing that we heard from parents is that they really wanted more universal pieces," Amy Goetz, spokesperson for Target, told Upworthy. "[Parents wanted pieces] that they could mix and match between their kids' rooms, whether they’re a boy or girl.”

Goetz pointed out Pillowfort isn't completely gender-neutral — customers can still find the blue and pink pieces that have traditionally been designed with a gender-binary in mind — but there is a notable expansion of items that don't fit under an obvious "girl" or "boy" label.

Many stereotypically gendered items, such as basketballs for boys and hearts for girls, are also available in more gender-neutral colors, like white, black, and yellow, The Star Tribune reported. This way, kids and their parents can pick out whichever items they want, without feeling as though they're breaking the gender rules, so to speak.

It may seem obvious, but it's worth noting that, no, girls don't naturally like pink anymore than boys do. Color association with gender is learned from a very young age, studies have found, and the toys marketed toward boys and girls can play a much bigger role in a kids' life than we might realize.

Limiting a child's play to toys that stereotypically align with their gender hinders their creativity and affects how they see themselves in the larger world. That hurts boys and girls.

Target's move isn't just progressive for the sake of being progressive — it will probably be good for business.

As a 2015 study by NPD Group found, millennials are significantly more likely than older age groups to think the toy industry "perpetuates gender stereotyping" and that all toys should be marketed to both girls and boys. As more millennials become new parents, it makes sense that retailers are reacting to this changing perspective.

Those survey results fall in line with what Melissa Atkins Wardy is seeing and hearing from parents too. Wardy created the apparel line Pigtail Pals & Ballcap Buddies to change gender stereotypes associated with children's clothing, and she thought Target's move last year to get rid of "boy" and "girl" signs in toy sections was a smart one.

"There is no 'boy side' or 'girl side' to childhood," she told Upworthy last August. "Why would we tell a kid they can't like cars or pirates or fairies or pink? Go for it, kid."

It's great that retailers like Target are bringing about change when it comes to gender stereotyping, but we've still got a long way to go.

Toys and bedding didn't always use to be this way. In fact, in the 1970s, most toys didn't fit into a gender category; many bucked the stereotypes on purpose (i.e., boys playing with kitchen sets or girls driving toy cars). It wasn't until more recent decades that a stark divide between "toys for girls" and "toys for boys" began to form, Elizabeth Sweet wrote for The New York Times in 2012.

The good news? In the last few years, more retailers — including giants like Walmart and Toys R Us — have begun waking up to the backward ways marketers approach selling toys. Target is one of them.

"You know what? Girls like rockets and basketball, and boys like ponies," Julie Guggemos, the retailer's senior vice president of design and product development, told The Star Tribune of Target's revamped approach with Pillowfort. "Who are we to say what a child’s individual expression is?"