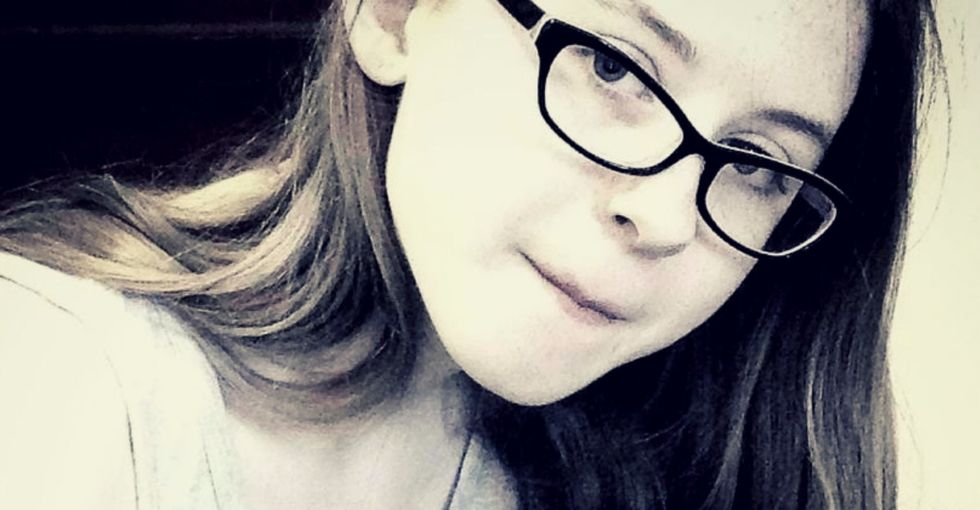 We knew something wasn't right with our daughter. We just didn't know what was wrong.

As a parent, it can be hard to determine when a child's behaviors fall into "weird but normal" and when something is truly "off." Kids go through phases. They struggle as they figure out their changing minds and emotions. They get nervous or needy for a spell, and then they're okay.

But sometimes they're not okay. Sometimes a phase lasts too long to be a phase, and you have to dig to discover what's really going on.

Our oldest daughter had always had some intermittent nervousness, but nothing extraordinary. As she entered the teen years, she seemed to be more anxious more often, but we figured it was a teen thing. It wasn't until she started withdrawing more and more and avoiding everyday things that we recognized something truly was off.

Long story short, our daughter was suffering from an anxiety disorder called emetophobia—a clinical fear of vomiting. It had evolved to the point where she avoided anything that might possibly make her nauseous, including food and people. We watched our vibrant, fun-loving daughter become a hermit, but since she couldn't verbalize anything having to do with throwing up, it took a long time to figure out what was wrong.

Thankfully, we were able to get her the help she needed once we knew what we were dealing with. But it was a long, hard road and there are many things I wish we had known far earlier in our journey.

Anxiety isn't just one thing, and specific anxiety disorders need to be treated in specific ways.

We had some inkling that our daughter was struggling with anxiety, and we had taken her to a couple of therapists to get help. But they treated her for generalized anxiety, when what she really needed was help with a specific phobia that we didn't know she had.

I wish I had known that anxiety is a category, not a specific disorder. Saying someone has an anxiety disorder is like saying someone has cancer. It tells you what kind of illness they have, but the reality differs greatly depending on what specific manifestation you have. A blood cancer is different from a tumor, which is different from a sarcoma. They're all cancer, but treatments are specific for each kind.

Similarly, there are multiple anxiety disorders from phobias to OCD to panic disorder to PTSD, and symptoms can overlap. It's not always easy to pinpoint the nature of a person's anxiety, but it helps immensely to get the appropriate therapy.

We took our daughter to several therapists with limited success, largely because we didn't understand the exact nature of her anxiety. We had to dig and research a lot ourselves, and it took many discussions with our daughter about what she was experiencing before we discovered that the fear of vomiting was her main issue. When we asked her therapist at the time if he had experience treating emetophobia, she said he had never even heard of it.

I had to call about a dozen different therapists before I found one who said she could help our daughter, but it was totally worth it. Within a few months of therapy, we watched our daughter emerge from her hermit hole and become a happy, functioning human again. It felt like a miracle, but it was really just a matter of figuring out what we were dealing with and finding someone who knew how to help.

I wish we had started earlier. I wish we had known that it might take time to find the right therapist, and to not waste time and money with a therapist who isn't really helping.

Anxiety doesn't get fixed or cured; it gets managed.

Despite feeling like a miracle "cure" in some ways, our daughter's therapy is really just a system of management. Anxiety is a product of an overfunctioning amygdala—the fight or flight center of the brain. Why some people are prone to anxiety is a mystery, but it's not something that gets cured forever.

Most of our daughter's therapy was learning how to manage her thoughts and her brain's responses to certain stimuli. She does that through various thinking exercises and behavioral changes, and since her anxiety disorder is a phobia, through controlled exposure to what scares her as well.

Some anxiety disorders lend themselves well to medication; our daughter's did not. But medication is also a management tool, not a cure. Anxiety takes a combination of approaches to manage, and it's helpful to know from the get go that consistent, ongoing maintenance is required.

Some elements of therapy are totally counterintuitive and force you to go against your parenting instincts.

Some of the things we did in response to our daughter's anxiety—thinking that we were helping her—were actually making things worse.

When I feel nervous about something myself, my first response is to use logic and reason to calm myself down. That works for me because I don't have an anxiety disorder. But an overactive amygdala doesn't respond to logic. Telling my daughter that the statistic probability of a stale chip making her puke was tiny didn't help her anxiety. It didn't even make a dent.

Part of our daughter's cognitive behavioral therapy was her telling her amygdala, which constantly says, "This might make you throw up!" that it might actually be right. The amygdala wants to be heard, or it keeps raising a fuss. She had to learn to say, "Maybe I will get sick, maybe I won't—let's just wait and see what happens." It seemed completely counterintuitive, but it worked wonders.

I wish we had known that too much reassurance on our part was reinforcing her anxiety. We had to refuse to respond when she'd ask us if we thought she was going to vomit. We had to help her stop avoiding the people, places, and things that made her anxious.

We had to let her feel terrified, which was rough.

As a parent, it's your job to keep your child safe and secure. Anxiety tells them that they're not safe even when there's no real danger, and indulging that voice only makes anxiety stronger. So you have to go against your protective instincts. You have to walk your child toward the mirage of fire in their head, even when they're screaming that they're going to get burned. It's brutal, but they have to see that it's just a mirage.

I wish we had known how hard it was going to be, but also what a relief we would feel when therapy started working.

Parenting a child through a mental health crisis is one of the most difficult things I've ever done. So many parents are walking similar paths, feeling helpless and frustrated and unsure of what to do, and not sure who to talk to.

My daughter invited me to share her story in the hopes that others can benefit from our experiences. The more we talk openly about mental health struggles, the more we can help one another through it.

I wish we had known that sooner, too.