One woman's story shows how ridiculous it is to ban refugees from the U.S. 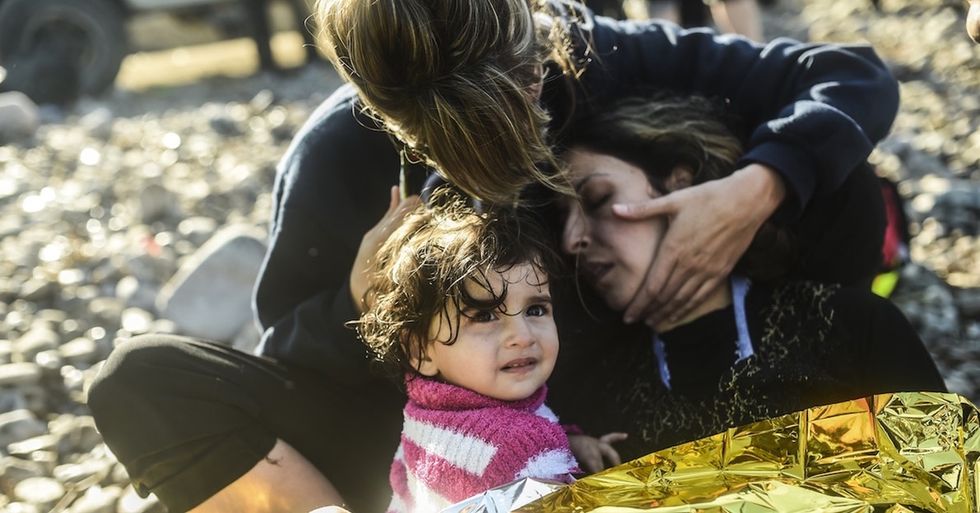 The terrorist attacks in Paris on Friday, Nov. 13, brought shock and grief to the world.

Unfortunately, they have also brought calls of intolerance and outright hatred toward Syrian refugees.

Politicians all over the world have advocated banning refugees from their countries in order to keep terrorists out.

The House of Representatives just passed a bill placing additional restrictions on Syrian and Iraqi refugees, as The Guardian reports. Vox has compiled a map showing more than half of U.S. states refusing to accept refugees.

Yet the notion that it's easy for refugees — and terrorists hypothetically posing as them — to get into America is ridiculous.

To show just how ridiculous, Buljušmić-Kustura Arnesa, a Bosnian refugee, tweeted about her family's experience in gaining refugee status in the United States.

Her tweets show how long and involved the process is.

Putting that information together takes about one month.

The review process takes even longer.

Then come the interviews with the UN.

Not only do all your family members' stories have to check out, you have to show you're on the "right side" politically.

The Guardian reports that the U.S. refugee screening process typically takes over 18 months.

And, of course, the government continues to check up on refugees after they enter the country.

Would terrorists really submit themselves to such a long and thorough process? Weirder things have happened, but this fear isn't exactly rational.

Rep. Adam Schiff, who voted against Thursday's House bill, has said as much:

"For those who seek to come do us harm, they are far less likely to choose a two-year process with a full vetting that refugees go through and much more likely to be among Europeans to come as tourists."

And in a Facebook post that also goes through the complicated refugee screening process, immigration lawyer Scott Hicks makes a similar point:

"Frankly, there is more screening of refugees than ever happens to get on an airplane. Of course, yes, no system can be 100% foolproof. But if that is your standard, then you better shut down the entire airline industry, close the borders, and stop all international commerce and shipping."

Not only is it inhumane to bar refugees who are escaping the terrorism that Paris experienced from safer countries, it also makes no sense.