One photographer gave women who feel silenced the chance to be heard.

Beautiful things happen when we listen to each other. 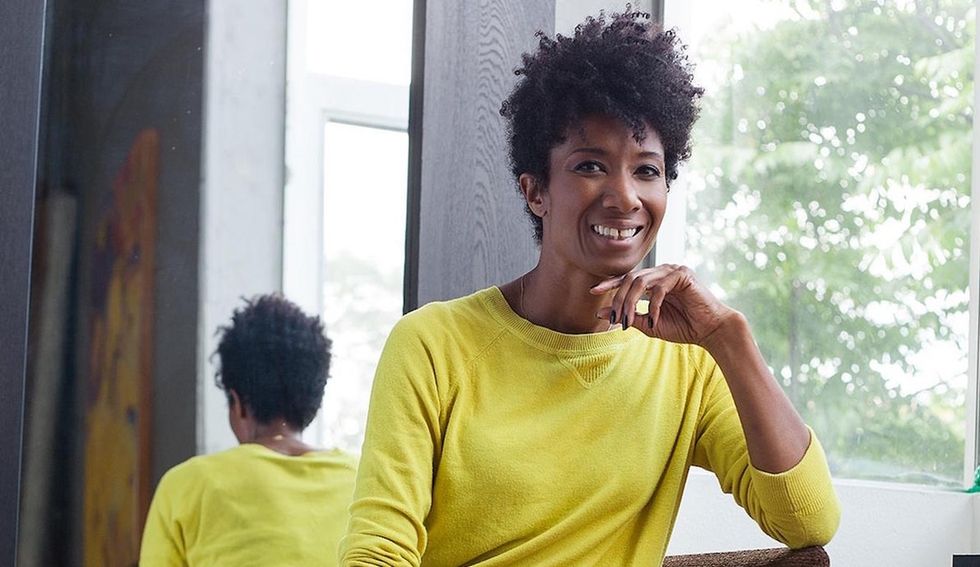 The 2016 election inspired a cultural movement. But not everyone feels represented.

#Resistance has been trending. People are protesting for what they believe is right: women's rights, refugee rights, immigrants' rights. An America that lives up to its ideals.

The Women’s March brought out record numbers of people across the country who were angry and desperate for change. But as inspirational as those marches were, many communities still feel like their voices aren’t being heard.

‌"The world needs active global citizens who stand together in unity and solidarity. This is not the time to become complacent. This is the time to finally embrace each other regardless of color, race, gender, religious preferences and even personal choices."‌ — Afrodita. All images via Alanna Airitam, used with permission.

Alanna Airitam, a San Diego-based photographer, reached out to women who feel silenced.

“Although I was inspired to see how many people came together for the protests after the inauguration, I was equally discouraged to see that once again, it was the white majority whose voices were the loudest,” Alanna writes on her website. “If we are really trying to move towards inclusive, progressive change, shouldn’t we not only hear from, but understand the needs of the people who so rarely get to be heard?”

She wanted to know how other women from marginalized communities felt. She wanted to put her own feelings into context. So she created "Being Heard: Between the Margins," a photo essay series documenting a variety of perspectives.

“What it ended up being was sort of, for me, a lesson in listening to people. Allowing people to speak, to be heard, to be seen, without any judgment,” Alanna says.

"Why am I the only disabled person in the room when I go to an Indivisible Meeting? Is it apathy or is it fear? It’s not that our voices aren’t being heard. We need to show up first to do the shouting. We’re not showing up. We need to show up." — Bhavna

I'm a black woman in an America that frequently pretends everything is OK and hate, oppression, and inequality are things of the past. The election unearthed a lot of feelings for me.

I signed up to be a part of the project. I went into her studio. I told my side of the story. And I heard hers.

We sat in a room together for over two hours, and it felt like a therapy session.

I shared my concerns that the resistance movement is nothing more than a trend. So many people want to tell their kids that they stood on the right side of history, but how does that translate into their daily interactions? What are they doing after they vent their frustration on Facebook?

She stressed that small moments of human connection are being lost as we move through this world with our eyes on our devices, not seeing each other.

As we spoke, I forgot about her camera. I got to be in the moment, learning with her. It was cathartic. I walked away feeling more whole.

"Some of us have lived with this reality our entire lives. There is no going home and taking our skin off. There is no escape, no option to step away." — Me

What started as a quest to hear and be heard yielded a surprising conclusion.

Setting differences aside and listening to each others' experiences is the only way to begin to heal as a community and move forward.

"To be fully heard and received ... ah, what a gift that would be! I can count on one hand how many times I have felt listened to and validated while discussing the subject of skin color." — Ana

After participating in the photo series, meeting the many women who were a part of it, hearing their stories, and sharing my own, I truly believe the path forward begins with empowering communities to share their truth and taking the time to listen. Because their voices deserve to be heard.