The problem with this gift-giving video — and why I'm sharing it anyway. 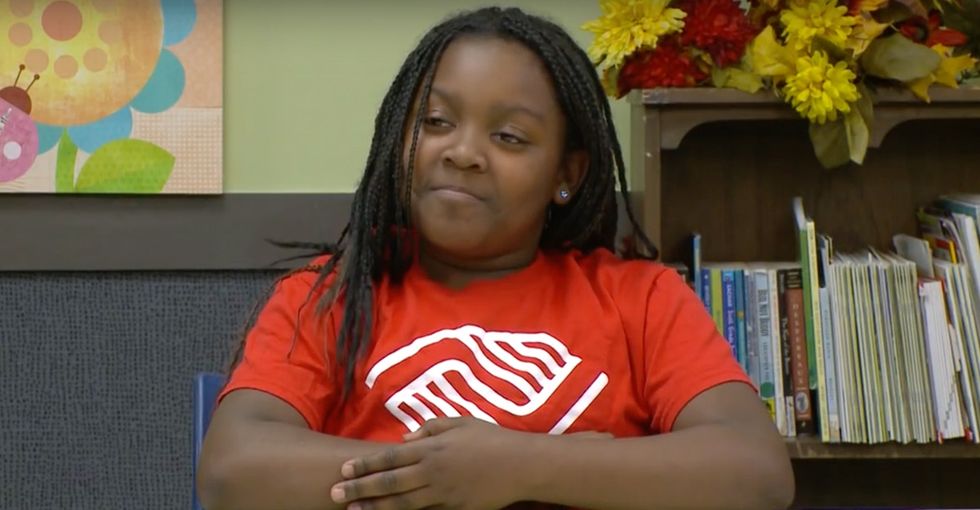 ...they're pretty great, actually. Despite the negative rap they seem to get, if you pay attention, you'll see kids — from toddlers to teens — doing really cool things for each other, thinking of amazing innovations, giving spot-on advice, and just generally being great people.

UPtv (no relation to Upworthy) asked several kids about the one thing they really wanted for Christmas.

The folks behind the video said that the point of it was to serve as a reminder that it's better to give gifts than receive them. Several kids from the Boys & Girls Clubs of Metro Atlanta participated. It's worth noting that UPtv says about 83% of families who are part of the organization struggle to make ends meet. So it's likely that gifts aren't exactly overflowing from under the trees for many of the kids who participated.

However, I think it's worth sharing because I think they showed something much bigger, far more significant, and unrelated to the uncomfortable point the creators set out to make. They showed that we're raising a generation of empathetic, thoughtful, and kind children who, despite dealing with very real life challenges, are thinking of others. That contradicts the "spoiled, selfish, me generation" narrative we often hear when we talk about kids.

Here's how it played out.

All GIFs via UPtv.

Next, the filmmakers brought both sets of gifts to the kids — the items from their wish list and the item the kids thought their parents might like.

Every. single. child. chose the gift for their parent.

When asked why they made the choice they did, the kids' reasons were simple, heartfelt, and reflective of their kindness.

In the end, the kids were given both the gift for them and the gift for their parents (which ... thank goodness, because any other outcome would have left me breaking stuff on my desk).

But they didn't know that when they made their decisions, and they still chose to give to someone else. Their parents were touched by their kindness — but I'll bet they weren't surprised.

We shouldn't be surprised either. For the most part, kids are born good people. Michael Tomasello, a psychologist and co-director of the Max Planck Institute for Evolutionary Anthropology in Leipzig, Germany, said in a 2008 lecture that kids are helpful and cooperative — traits that come naturally.

"They have an almost reflexive desire to help, inform, and share. And they do so without expectation or desire for reward," Tomasello said, according to a Stanford University news article. As they get older, Tomasello said, they become aware of their surroundings, how others perceive them, and how their actions are received.

It makes sense that when kids are nurtured to be empathetic people, that natural predisposition will grow.

And despite the many challenges and obstacles that so many face, our youngest generation is full of loving, thoughtful human beings.