Jacob is straight. Anthony is gay. They just went to prom together. Here's how it went. 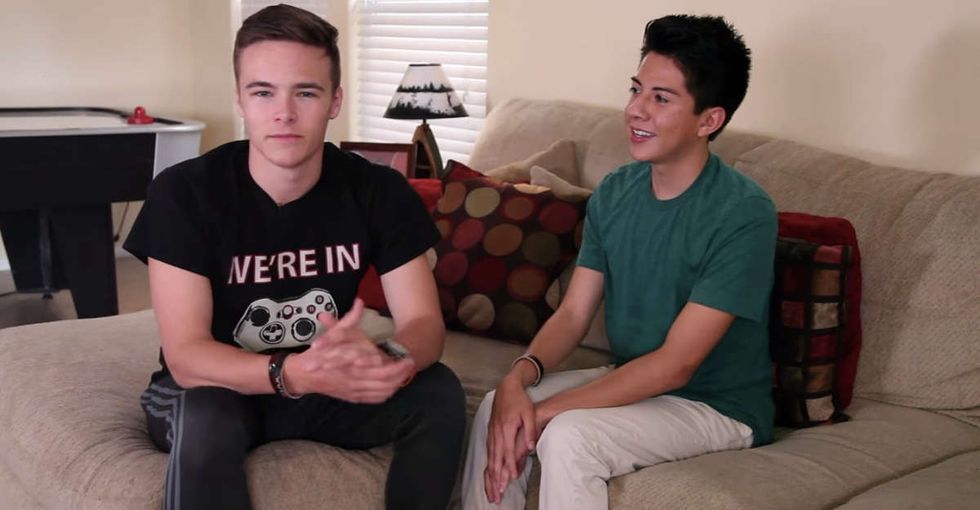 A time of great joy, bad dancing, and ... questionable decisions.

OMG. You guys. What ... happened here? Image via Thinkstock.

Speaking of prom, you may have seen this picture everywhere on the Internet.

That sign was made by Jacob Lescenski. He's straight.

He made it to ask his best friend Anthony Martinez, who is gay, to prom.

"I saw Anthony's tweets online saying that, 'We don't even have to be dating, I just want a date to the prom because I never have had one," Lescenski said in a YouTube interview.

That was a few weeks ago. Not long after, the picture of Jacob's banner was featured on "The Ellen Show," CNN, Time Magazine, Huffington Post — you name it. Which is just ... a little bit more attention than most high school friends going to a school dance are used to.

It's hard not to wonder, under such highly unusual circumstances...

How did prom, you know, actually go?

The short answer: a little stressful. Because they sorta felt like everyone in the world was watching them.

The long answer: a little stressful because they sorta felt like everyone in the world was watching them and super awesome because they're awesome.

You can hear them talk about the whole thing in this video interview:

For Jacob, the decision to go to prom with Anthony was an easy one.

But for Anthony, showing up at the big dance, dressed to the nines, with Jacob as his date was about much more than dressing up in a tux and dancing to bad '80s music.

"I don't want anyone to grow up how I grew up, thinking how I used to think, that I'd get married in a courtroom with only, like, one other person knowing that I was getting married to them, because I was so terrified. I want people to think they're going to get married in a ballroom, not a courtroom." — Anthony Martinez

Cheers to Anthony and Jacob. You guys are, quite obviously, the world's best.

And good luck at graduation!