'How can I operate with integrity and stay on at E if they’re not willing to pay me the same as him?' 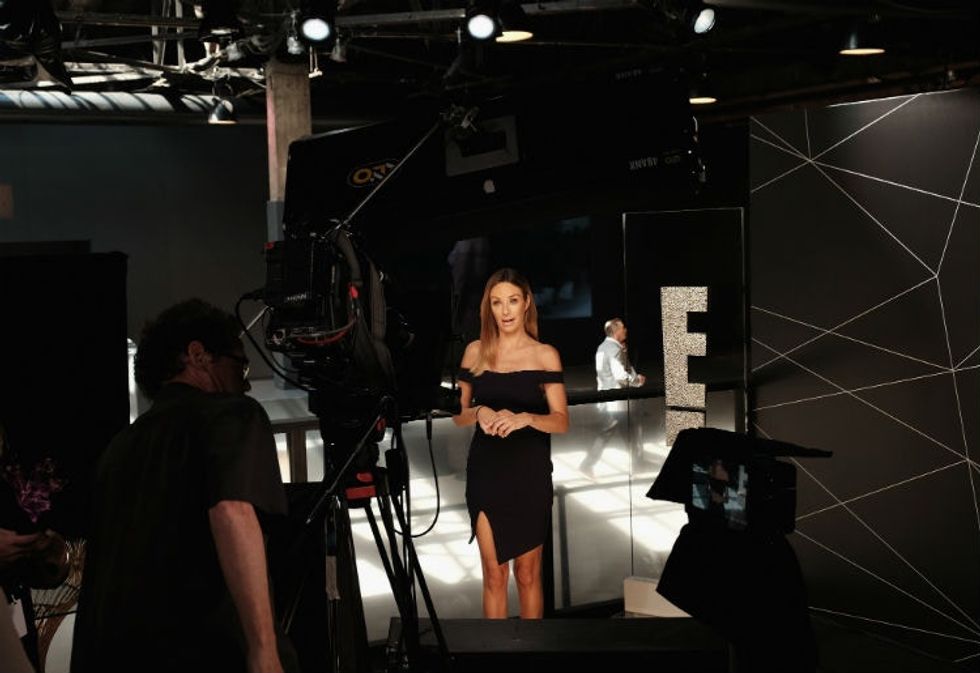 After years gracing TV screens on the E! entertainment channel, Catt Sadler is saying good-bye to the network — not because she wants to, but because she couldn't carry on with her head held high knowing what she knows now about her salary.

In an open letter published on her personal website, the celebrity news host explained her decision to leave despite adoring her "work family" and hosting two successful staple programs for the network: "Daily Pop" and "E! News."

According to Sadler, 'E! News' has been paying Jason Kennedy, another E! host with roughly the same on-air duties, nearly double what they've been paying her.

"Information is power. Or it should be," Sadler wrote in her letter. "We are living in a new era. The gender pay gap is shrinking, although admittedly we have a long way to go. And well, I learned this first hand. My team and I asked for what I know I deserve and were denied repeatedly."

As Sadler told People magazine, E! executives' counteroffers were "not even remotely close" in matching Kennedy's salary. So she decided to walk away.

"Know your worth," Sadler wrote to her fans.

"I have two decades experience in broadcasting and started at the network the very same year as my close friend and colleague that I adore. I so lovingly refer to him as my 'TV husband' and I mean it. But how can I operate with integrity and stay on at E if they’re not willing to pay me the same as him? Or at least come close? How can I accept an offer that shows they do not value my contributions and paralleled dedication all these years? How can I not echo the actions of my heroes and stand for what is right no matter what the cost? How can I remain silent when my rights under the law have been violated?"

An E! spokesperson rebuked Sadler's take on the situation, telling People the network "compensates employees fairly and appropriately based on their roles, regardless of gender." But Sadler's experience at the negotiating table reflects a larger systemic issue far too many women face.

The pay gap between men and women has narrowed in the 54 years since the passing of the Equal Pay Act, which barred income discrimination based on gender. But even in 2017, women still earn only 79 cents for every dollar a man makes, Business Insider reported. That figure gets even more alarming when broken down by race and ethnicity: Black and Latino women earn 65% and 55% of what white men make, respectively.

While there are additional societal factors that contribute to this disparity (women are less likely to pursue careers in many of the highest-paid industries, for instance), sexism — whether overt or subconscious — plays a role. Andrew Chamberlain, Glassdoor’s chief economist, told Fast Company last year that “[pay discrimination] persists even after comparing men and women with the same job title, at the same company, and with similar education and experience.”

For Sadler, enough was enough. And she's not going out silently.

"Countless brave women have come forward this year to speak their truth," she wrote. "Females refuse to remain silent on issues that matter most because without our voices, how will we invoke lasting change? How can we make it better for the next generation of girls if we do not stand for what is fair and just today?"