How Amy Schumer took the buzz over her new man and gave it to charity.

Amy Schumer knows how to use the spotlight for good. 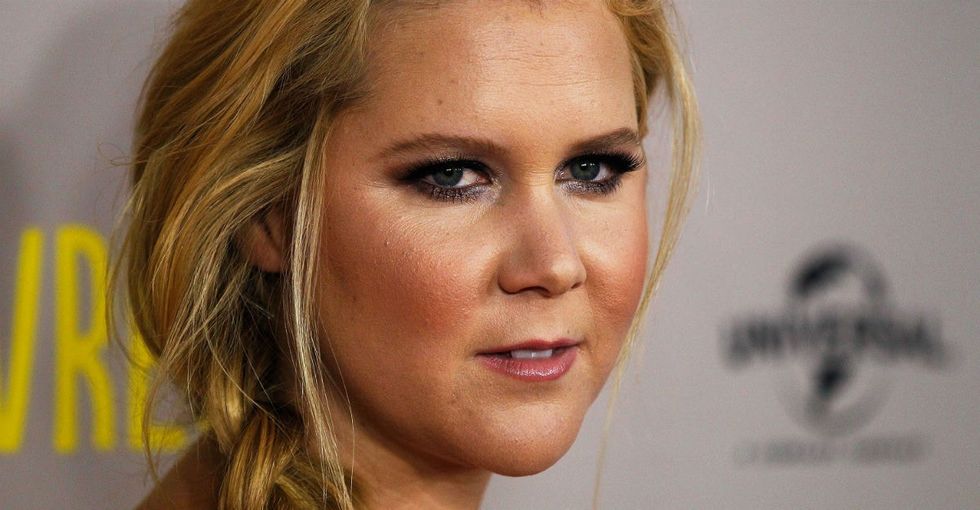 In case you haven't heard, Amy Schumer's got a boyfriend.

And as far as celebrity gossip goes, this is a Big Freaking Deal.

I mean, seriously. Did you feel the ground shaking earlier this week? That was one million entertainment reporters (from seemingly every. single. outlet. on. the. Internet.) running to their computers to write up the news.

So how did Schumer handle the attention? She directed it to a cause far more in need of the spotlight than her love life.

On Jan. 6, 2015, Schumer responded to all the hype about her new boo by tweeting a photo of the two lovebirds together (which would undoubtedly get a lot of attention), along with a link to donate to the National Multiple Sclerosis Society.

Fighting multiple sclerosis is a cause that's near and dear to Schumer's heart. It hits very close to home.

When Schumer was 12 years old, her father was diagnosed with the disease, which affects the central nervous system. She's used her rise to stardom to help raise awareness and funds for the cause (that includes once giving a hilarious "disappointing" lap dance to a philanthropic donor).

In "Trainwreck," the autobiographical blockbuster she wrote and starred in last year, the main character's father battled the disease — one of the central themes of the film.

Schumer said the illness has definitely affected her career in comedy.

"I love to laugh," she told "CBS Sunday Morning" in 2015. "I seek laughter all the time. I think that's something that also comes with having a sick parent is you don't know what's going to happen, and so I'll be like, 'I'm psyched my legs still work.' And I want to, like, experience all I can and make as many memories as I can."

Funny people are cool, but funny people with big hearts are cooler. Thanks for doing you, Amy.

Help support Schumer's cause, and donate to the National Multiple Sclerosis Society here.