His students were getting killed. So, Principal Cook took action and created a safe space for them. 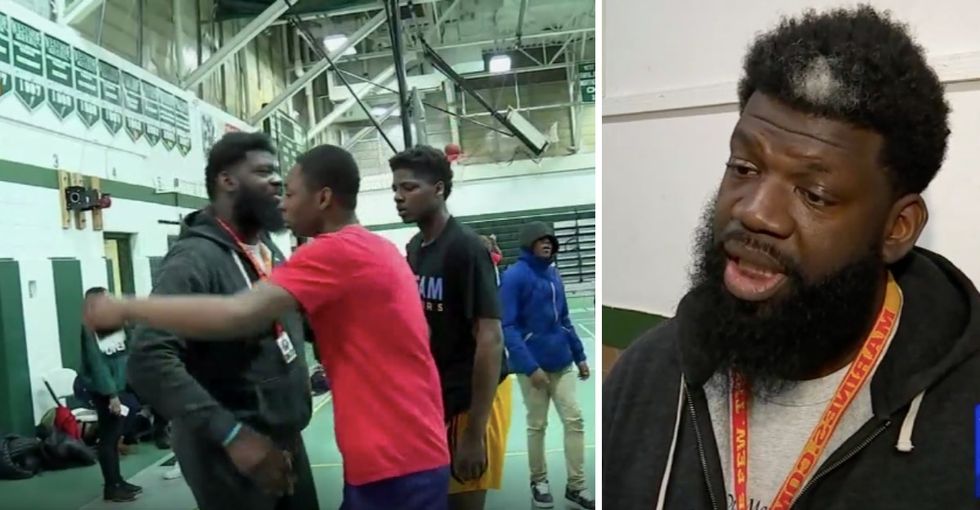 When Akbar Cook arrived at West Side High School in Newark, he knew something needed to change.

Principal Cook saw that the high schoolers he served faced serious challenges in their community, including gang violence and drugs. After his first summer with the school—during which two students were killed—Cook decided to take action.

He approached the school's Alumni Association to brainstorm ideas for giving students more structured activities to keep them off the streets. With the help of volunteers and fundraisers, they launched the Lights On program in the summer of 2016.

Now in its fourth year, the program has proven to be a resounding success.

The high school offers students a safe space with fun activities every Friday night during the school year.

From 6:00pm to 11:00pm every Friday night, hundreds of students congregate within the walls of West Side High School to play basketball and video games, learn sewing and cosmetology, and enjoy a hot dinner.

The students who participate in the program are grateful for the alternative to the dangers of socializing in their neighborhood. Lights On also operates three days a week during the summer, and the program is made possible by donations from the community and help from alumni.

"Anything that keeps me off the streets I'll do," one student told ABC 7. "Selling drugs and stuff, I'm not into that."

"On the street it's dangerous, people get killed, you could be killed walking home, gunshots everywhere," another student said.

Some cite security as their main reason for coming to Lights On, while others simply enjoy having a place that they can hang out and have fun with other kids. "I just realized that if I come here I'll see friendly faces," said a student.

Giving students a safe place to gather and healthy alternatives for socializing appears to be reaping benefits for the whole community. Principal Cook says he hasn't lost a student to gun violence this school year.

Principal Cook also gained notoriety last summer for installing laundry facilities in the school for students to use.

If Akbar Cook looks familiar, you may have seen him on the news or on Ellen last year. Shortly after he was promoted from vice principal to principal, Cook transformed a school locker room into a free laundry room for students to use.

Cook had seen how students who were homeless or didn't have the means to clean their clothes were bullied by others students. The laundry room was his way of solving that problem. Cook told ABC 7 that school attendance has increased 10% since the laundry facilities went in.

Caring administrators like Akbar Cook make an enormous difference in students' lives—and in our society as a whole. Kudos to Principal Cook for seeing a problem, brainstorming solutions, and rallying the community around actions it can take. Keep up the awesome work, sir.