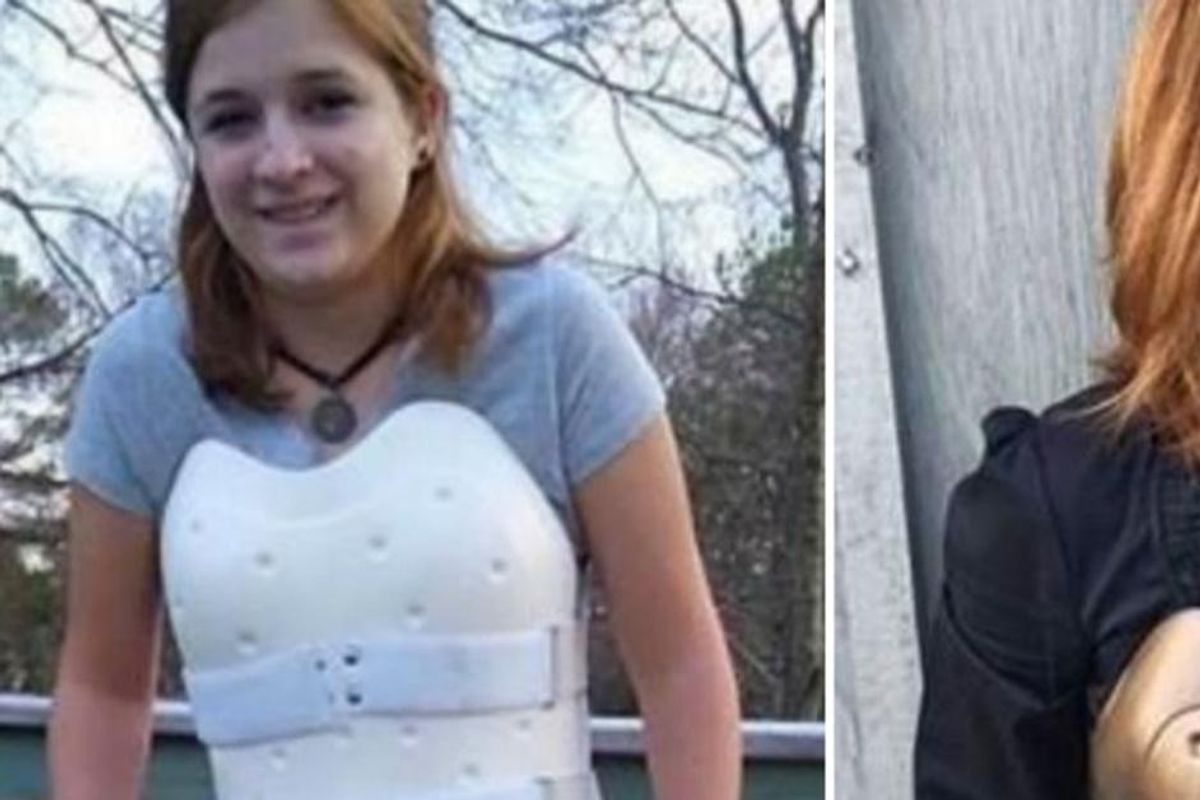 This article originally appeared on 09.12.17

High school is tough enough for the average 17-year-old girl. Anyone who stands out is a target for whispers and hushed laughter in the in hallways or, at worst, public ridicule. That's why Maddie Cable, 17, from Charlotte, North Carolina, was less than enthusiastic after being told she needed to wear a large plastic brace to school for at least six weeks.

Cable was in a car accident with her mother in November, and she fractured her T12 vertebra. After doctors stabilized it with rods and pins, Maddie was fitted with the massive brace.

"I enjoy wearing it now," Cable said. "It makes me feel more confident." Her mother is pleased, too. "People are initiating conversation instead of just staring," Cable's mom, Linda, told HuffPost. "She feels like they see her, and not just her injury."

Cable's story is a great example of what you can do with some creative thinking, good friends, and steampunk power. She turned a depressing situation into an opportunity to express herself.

From Your Site Articles
Related Articles Around the Web
teens