He didn't know anything about disability. But what he learned would make a lasting impact. 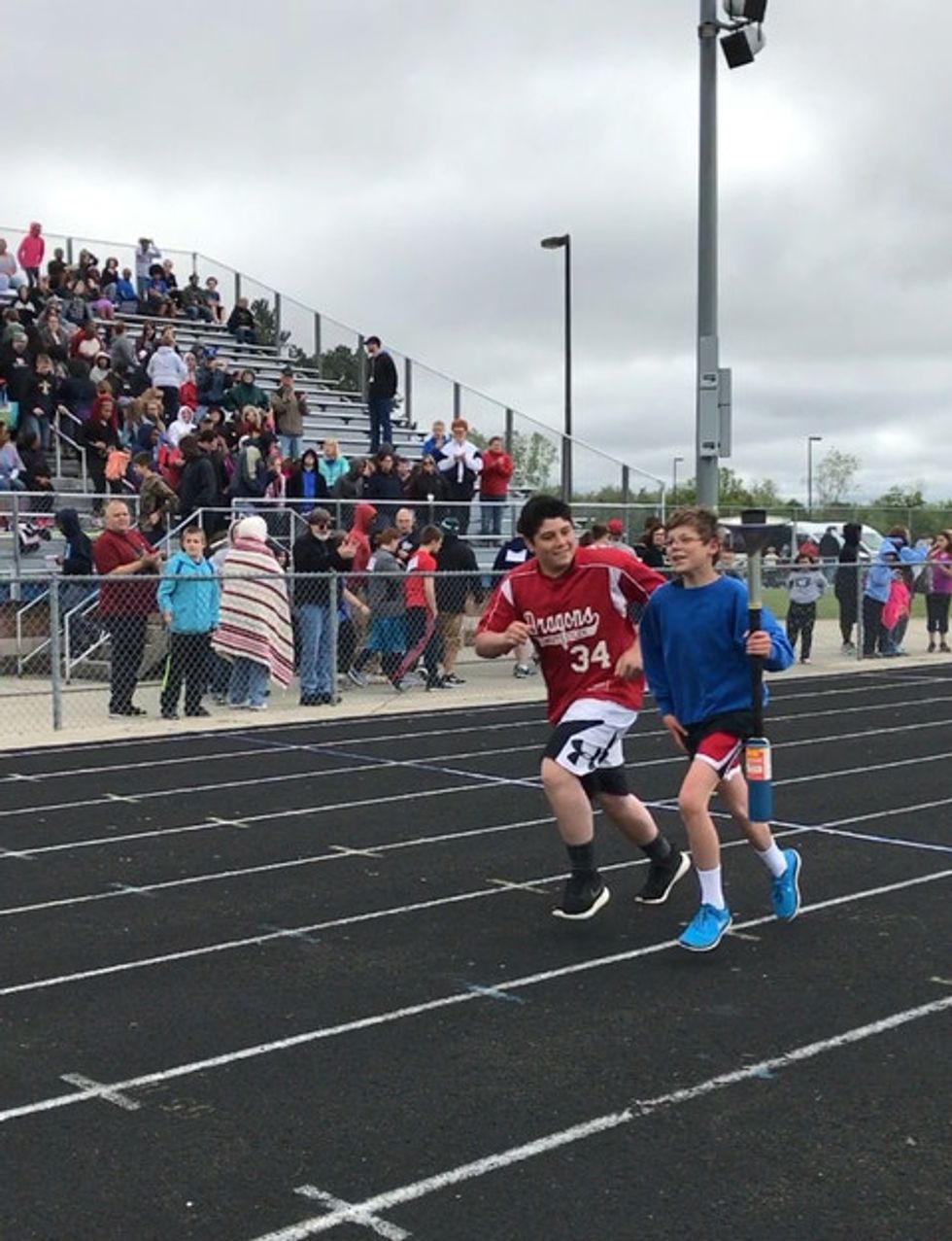 True
Hasbro Be Fearless Be Kind

When he enrolled in an eighth-grade elective, Seth had no idea it would totally change his life.

In fact, he hadn't expected to take an unusual elective at all — that is, until his dad, a science teacher at his middle school, brought up the idea of Seth taking a class called Unified Leadership, which focused on intellectual disabilities.

Seth is, in many ways, just like most teens you would meet. He plays baseball, video games, and likes to work on dirt bikes. All this is pretty standard fare for a teenager growing up in Swartz Creek, a small city in southeast Michigan.

So a class about disabilities was a bit out of Seth’s wheelhouse. But he said, sure, he’d take it.

The decision not only turned him into a social activist, it also had a ripple effect across his whole school.

All photos courtesy of Kayla Bright.

Unified Leadership was — and still is — a relatively new class that's part of the Unified Champion Schools program, which is funded by the U.S. Office of Special Education Programs. In it, general education and special education students study together, helping promote a broader view of disabilities and social inclusion.

“They learn about different disabilities: what that means for the people who have them, what that might look like, the different challenges they may have,” says Kayla Bright, the special education teacher who leads the class.

Students were surprised to find, for instance, that celebrities — like NFL running back Jamaal Charles — face intellectual disabilities and still succeed at the highest levels, Bright says.

Of course, studying the issues in a classroom isn’t the be-all and end-all for unified learning.

Students also take part in public awareness campaigns, such as the “Spread the Word to End the Word” campaign, which challenges inflammatory language used against people with disabilities.

They put up posters in school and even brought to school a well-known public speaker, Anthony Ianni, a former basketball player for Michigan State University who was diagnosed with autism spectrum disorder as a young boy.

Sports also fits into unified learning in another more active way. The program, through its Unified Sports initiative, also incorporates Special Olympics sports and related activities so that the students can play a number of sports together, including basketball, flag football, weightlifting, and track and field. Its explicit aim is to promote social justice in the more than 5,000 K-12 schools currently participating in the program.

This program helped Seth realize that kids with disabilities often face discrimination on the playing field.

Before taking the class, Seth hadn’t really considered this form of widespread discrimination. The troubling truth is that disabled students face a barrage of social obstacles at school. While bullying is rampant in the U.S., students with disabilities are at an increased risk.

After befriending the special education students in his class, it didn’t take long for Seth to better understand their struggles. He realized that disabled people are often treated as outsiders and disrespected, even though they shouldn’t be. He saw an opportunity to make a difference, to fight discrimination and to change others’ minds.

“Training together and playing together,” the Special Olympics website notes, “is a quick path to friendship and understanding.”

Studies back this up. They reveal that Unified Sports teammates often spend time together outside competitions, and as they get to know each other, the barriers break down between those with and without disabilities.

And this has certainly been the case for Seth, who has made good friends while coaching bowling and while competing in sports like shot put, weightlifting, and long jump.

That’s why he has undertaken the hard work of helping curb his abled friends’ prejudices and helping them gain a greater sense of empathy for people with disabilities.

In part, this means fighting verbal harassment. Seth has seen his friends called the R-word by bullies. He knows that not only is this disrespectful, it feeds into the pervasive narrative that disabled students are outsiders, that they deserve ridicule — a narrative that can cause terrible harm and division.

And that’s why he’s become so passionate about the “Spread the Word to End the Word” campaign and urges others to disavow inflammatory language.

Though the Unified Leadership class just launched last year, it has already affected the rest of the school, thanks to the efforts of kids like Seth.

Kayla Bright, the class’s teacher, says that along with Seth, other general education students have begun hanging out with their special education peers. They've started seeing special ed students as potential friends, rather than outsiders to ridicule. Students who used to be shunned were now being included and treated with compassion.

It was a broad change that offers lessons for adults, too, Bright says — from the importance of empathy and acceptance to the language that we use to talk about disability.

Bright marvels at people like Seth, who are willing to stand up and confront discrimination rather than stand by and watch it happen. This fearlessness explains why Seth was recently awarded the Be Fearless Be Kind award from Special Olympics and Hasbro, the global play and entertainment behind hits brands like My Little Pony and Play-Doh.

Be Fearless Be Kind is the company's largest philanthropic initiative, designed to empower youth like Seth to have the empathy, compassion, and courage to stand up for others and be inclusive throughout their lives.

And though history books are filled with the stories of larger-than-life leaders, more often than not, the stuff of social change often boils down to these small acts of courage.

Befriending someone who’s different from you, repudiating hateful language, showing compassion for someone whose differences you’ve always feared — these are the things that result in real change.

That change is starting to happen on school playing fields. It's about time we all follow suit and get on the same team.