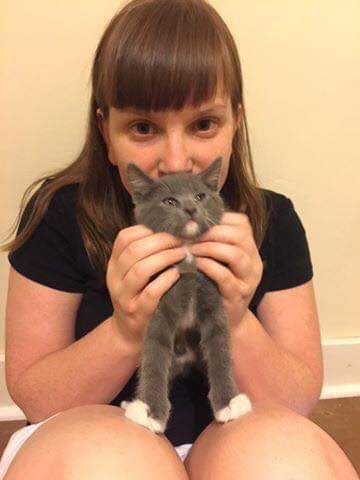 “People think it must be hard to visit seniors with dementia, but it isn’t,” she told Upworthy. “They tend to repeat questions a lot so if you mess up your answer, chances are you won’t mess up the next time they ask. I’ve laughed so many times during our visits with seniors–just because you are older doesn’t mean you stop being funny.” Where humor is not lost, connection is. With many of their family members passed on, living far away, or not allowed to visit due to COVID-19 restrictions, loneliness is a major issue seniors often face. This leads to depression, anxiety, and irritability.

That’s where Roger and Sal come in. A typical therapy cat visit consists of lap cuddles with warm blankets, nap time, and a bit of TV watching. Sometimes the seniors will tell Tracy about their own cats they once had, and how much they loved them.

During the pandemic, Roger and Sal have even excelled at their virtual visits. While nothing replaces the emotional engagement of one-on-one interactions, research has indicated that virtual animal content still brightens the mood. 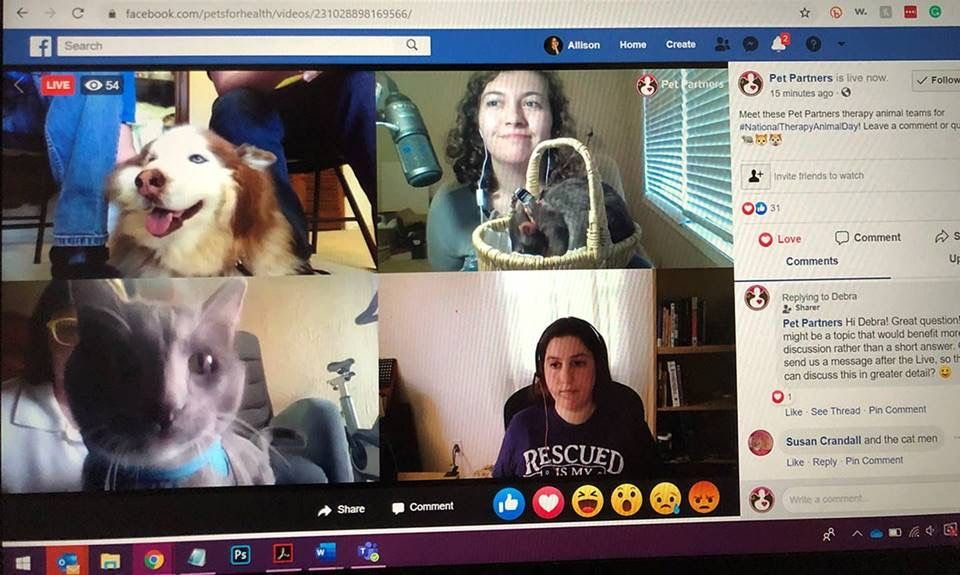 Tracy agreed that even though they were not able to be in person, the trio has still been able to make a connection and keep people smiling and happy. Roger even performed a few tricks. Perhaps the affinity cats have for interrupting Zoom calls can come in handy after all.

The online visits have been so impactful that for Mental Health Awareness Month in May, Cat Chow, Pet Partners and the Institute on Aging are working together to get more seniors, over the age of 60, connected to virtual therapy cat visits. By calling 800-616-5152, seniors can schedule one of 50 free virtual therapy cat visits with a Pet Partners therapy cat team. That means kitties like Roger and Sal are going to have VIP status, Very Important Pets, that is.

The whole project has been made possible by Purina Cat Chow, a company that knows all too well the healing powers of cats. During the entire month of May, for every Cat Chow Complete purchase, Purina will donate two cents per purchase, up to $25,000 to Pet Partners in support of their Therapy Animal Program. This donation will help more cats like Roger and Sal ensure more people have access to the therapeutic benefits of cats.

If you’re a cat-lover who would like to show support, you can find out more at catchow.com/therapy.