Emmy Rossum is demanding equal pay on 'Shameless.' And she really means equal. 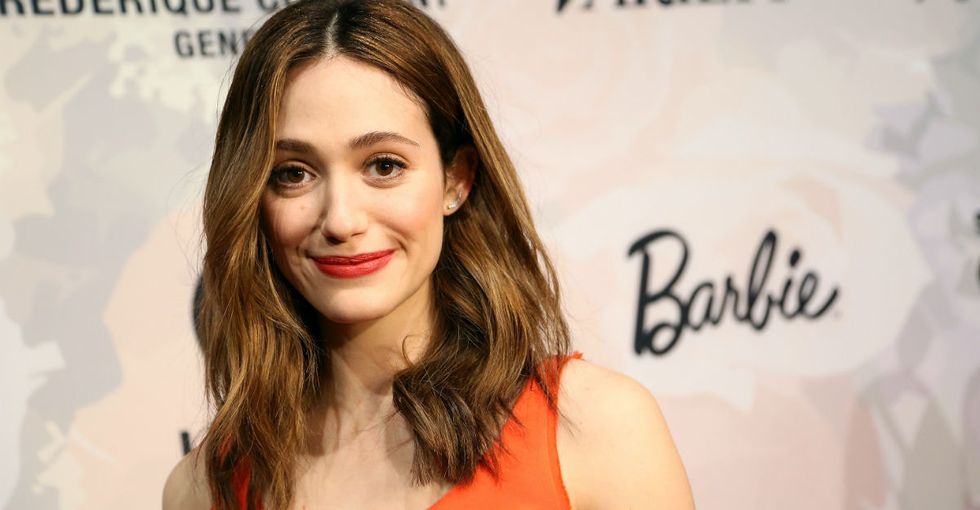 In Showtime's "Shameless," Fiona is the feisty oldest daughter of the Gallagher family — the level-headed one, the one who seems to keep everyone else in check.

Judging by new reports about Emmy Rossum, the actress who brings Fiona to life each season, it appears reality is starting to mirror fiction.

Before she commits to returning for the show's eighth season, Rossum is demanding equal pay for her role. And that's not all.

According to Variety, Rossum has already been offered the same pay as her male co-star, William H. Macy, who plays her dad in the show. But she's also seeking some retroactive equal-pay justice, so to speak.

"Rossum is demanding equal pay with Macy, after seven seasons of being paid less than him, according to a report published earlier today by the Hollywood Reporter. A source tells Variety she has in fact been offered equal pay. But she is holding out for a bigger salary than Macy to make up for the previous seasons where she was making significantly less than him."

While Rossum's demands may come across as excessive to some, they really ... aren't. Just look at her value to the show.

Rossum — whose critically acclaimed performance as Fiona has snagged two Critics' Choice Awards — plays such an integral role in the series that the network hasn't even considered the option of moving on without her. Rossum even directed episodes of the series this past season.

While Macy was arguably the bigger star when the series began in 2011, "Shameless" wasn't Rossum's first big break — she'd already appeared in "Mystic River," starred in 2004's blockbuster "The Day After Tomorrow" alongside Jake Gyllenhaal and garnered rave reviews for 2004's "Phantom of the Opera."

Rossum's request to be back-paid equally for her performance in earlier seasons would set a significant precedent in helping to close the gender pay gap in Hollywood.

A-listers like Jennifer Lawrence, Robin Wright, and Patricia Arquette have helped elevate the conversation in Hollywood — an extension of broader pay inequality that exists between men and women across virtually all industries, a gap that's even more stark when you're a person of color.

Viola Davis, currently starring in ABC's "How to Get Away With Murder," has spoken out about how women of color are further affected by systemic sexism in Tinseltown (again, reflecting an injustice felt far beyond Hollywood).

"I believe in equal pay, first of all. I’m sorry, if a woman does the same job as a man, she should be paid the same amount of money. She just should. ... But at the same time, with me as an actress of color, I have to say to probably contradict myself, that’s not something I think about on a daily basis. Because the struggle for us as women of color is just to be seen the same as our white female counterparts."

Hollywood's certainly got its work cut out.

Closing Hollywood's pay gap may seem unimportant to everyday people, seeing as we're debating how many millions these celebs make. But it's not.

Dollar signs aside, any kind of inequality is indicative of a broader issue. If Hollywood's A-listers can help push this conversation forward, its ripple effect will affect all of us.

When Jennifer Lawrence spoke out last year on the discrimination she faced, for instance, it touched on a much bigger point, as Alicia Adamczyk noted in Time:

"If one of the biggest celebrities of the moment, of either sex, can’t pull down as much as her male co-stars for the same job," she asked, "what does it say about how we value any woman’s work?"