A 1996 school massacre led the UK to gun reform. They haven't had a school shooting since.

Dunblane Primary School was the site of the last school shooting in the U.K. in 1996.

On March 13, 1996, a man walked into Dunblane Primary School in Scotland with four legally purchased handguns and 734 rounds of ammunition, and proceeded to shoot and kill 16 children—5 and 6 years old—as well as their 45-year-old teacher before killing himself. It was Britain's worst school shooting—and its last to date.

Unlike in the United States, where school shootings have become routine with basically no legislation being enacted to try to stop them, the British government took decisive action. After a petition campaign demanding more stringent gun laws, Parliament passed laws banning private ownership of most handguns.

"We had a tragedy that made people think, as a matter of common sense, that this needs fixing," Rebecca Peters, director of International Action Network on Small Arms, told the Washington Post in 2007. "It should never have been possible for someone to buy, legally and easily, guns that could be concealed in his pocket. That is not possible anymore in Britain."

Such a sentiment is practically blasphemy in the U.S., where millions of Americans not only own handguns, but carry them around on their bodies daily. Our Second Amendment being interpreted to mean we can possess any and all the guns our hearts desire means a blanket ban of handguns is unlikely in this country.

But there's no question that the U.K.'s strict gun laws appear to be working. Cause and effect are always tricky to measure, but in the 26 years since Dunblane, there have been no school shootings in the U.K. And there has been just one mass shooting in general since then, in 2010.

Compare that to 27 school shootings and 213 mass shootings in the U.S. so far in 2022, and we're not even halfway through the year.

It appears that making it harder—but not impossible—to get guns could be an effective way to limit not just mass shootings, but gun deaths in general. According to data shared by the BBC, in 2019, 73% of homicides were committed with a firearm in the U.S., whereas in England and Wales it was just 4%.

Considering the fact that guns are now the leading cause of death for children and teens in the U.S., decisive gun legislation might be a smart thing to consider.

“Here in the U.S., we have this broken record cycle of what responses to mass shootings or school shootings look like," Jaclyn Schildkraut, a mass shootings expert at the State University of New York at Oswego told Smithsonian magazine. "Everybody demands action, and then absolutely nothing gets done. Whereas in Great Britain, they actually were able to get stuff done.”

After the Parkland, Florida school shooting in 2018, survivors and families of those killed in the Dunblane massacre wrote a letter of condolence to the students of Marjory Stoneman Douglas High School on the anniversary of their own tragedy. It's a reminder of the horror we've seen far too many times in our own country, as well as a beacon of hope that things actually can change.

On the most poignant day of the year for us we wanted to reach out and offer our deepest and most heartfelt sympathy to you and your teachers and to all the families and friends of those who died at your school on 14th February. We have watched and listened with tremendous admiration as you have spoken out for what you believe should happen now, a significant change of attitude towards the availability of guns in your country.

Twenty-two years ago today our own lives were devastated when a gunman walked into Dunblane Primary School in Scotland and shot dead sixteen 5- and 6-year-old children and their teacher and injured many more. The children who were killed or badly injured were our daughters and sons, our grandchildren, our sisters and brothers, our nieces and nephews, our cousins. The teacher was our wife, our sister, our mother. Five of us are survivors. The gunman owned his four handguns legally, and we knew it had been too easy for him to arm himself with lethal weapons. Like you we vowed to do something about it. We persuaded British lawmakers not to be swayed by the vested interests of the gun lobby, we asked them to put public safety first and to heed what the majority of the British people wanted. Most politicians listened and acted. Laws were changed, handguns were banned and the level of gun violence in Britain is now one of the lowest in the world. There have been no more school shootings.

We want you to know that change can happen. It won’t be easy, but continue to remind everyone of exactly what happened at your school and of the devastation caused by just one person with one legally-owned gun. Never let anyone forget. There will be attempts to deflect you, to divide you and doubtless to intimidate you, but you’ve already shown great wisdom and strength. We wish you more of that wisdom and strength for this toughest of tasks, one that will be so important in order to spare more of your fellow Americans from having to suffer the way you have. Wherever you march, whenever you protest, however you campaign for a more sensible approach to gun ownership we will be there with you in spirit.

Tonight we will be lighting 17 candles for those who died in Dunblane and will be remembering the 17 who lost their lives in Parkland. Our thoughts will also be with every other victim of gun violence.

We offer you our total support for the March for Our Lives and sincerely hope you achieve success. It can be done. #NeverAgain."

​We don't have to live like this. We can make another choice. We can at least try to do something different so that we don't have to keep offering the same thoughts and prayers for tragedies that never should have happened in the first place.

This is the most important van in NYC… and it’s full of socks.

How can socks make such a huge difference? You'd be surprised.

Heather Wake
all photos provided by Coalition for The Homeless

Every night, the van delivers nourishment in all kinds of ways to those who need it most

Homelessness in New York City has reached its highest levels since the Great Depression of the 1930s. Over 50,000 people sleep each night in a shelter, while thousands of others rely on city streets, the subway system and other public locations as spaces to rest.

That’s why this meal (and sock) delivery van is an effective resource for providing aid to those experiencing homelessness in New York City.

Every night of the year, from 7pm to 9:30, the Coalition for the Homeless drives a small fleet of vans to over 25 stops throughout upper and lower Manhattan and in the Bronx. At each stop, adults and families in need can receive a warm meal, a welcoming smile from volunteers, and a fresh, comfy new pair of Bombas socks. Socks may be even more important than you think. 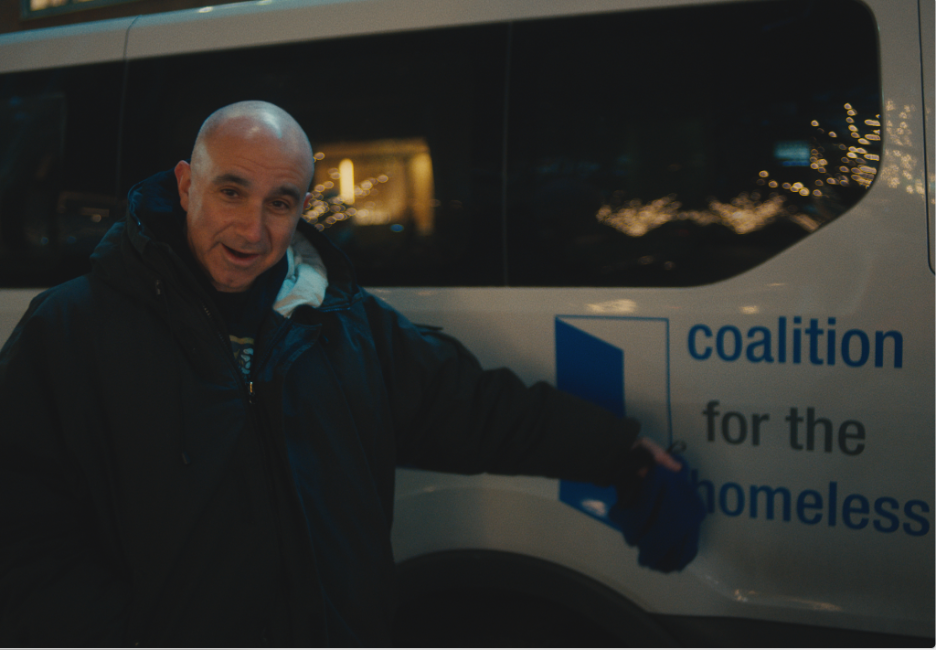 Bombas was founded in 2013 after the discovery that socks were the #1 most requested clothing item at homeless shelters.

Access to fresh, clean socks is often limited for individuals experiencing homelessness—whether someone is living on the street and walking for much of the day, or is unstably housed without reliable access to laundry or storage. And for individuals experiencing or at risk of homelessness —expenses might need to be prioritized for more critical needs like food, medication, school supplies, or gas. Used socks can’t be donated to shelters for hygienic reasons, making this important item even more difficult to supply to those who need it the most.

Bombas offers its consumers durable, long-lasting and comfortable socks, and for every pair of Bombas socks purchased, an additional pair of specially-designed socks is donated to organizations supporting those in need, like Coalition for the Homeless. What started out as a simple collaboration with a few organizations and nonprofits to help individuals without housing security has quickly become a bona fide giving movement. Bombas now has approximately 3,500 Giving Partners nationwide. 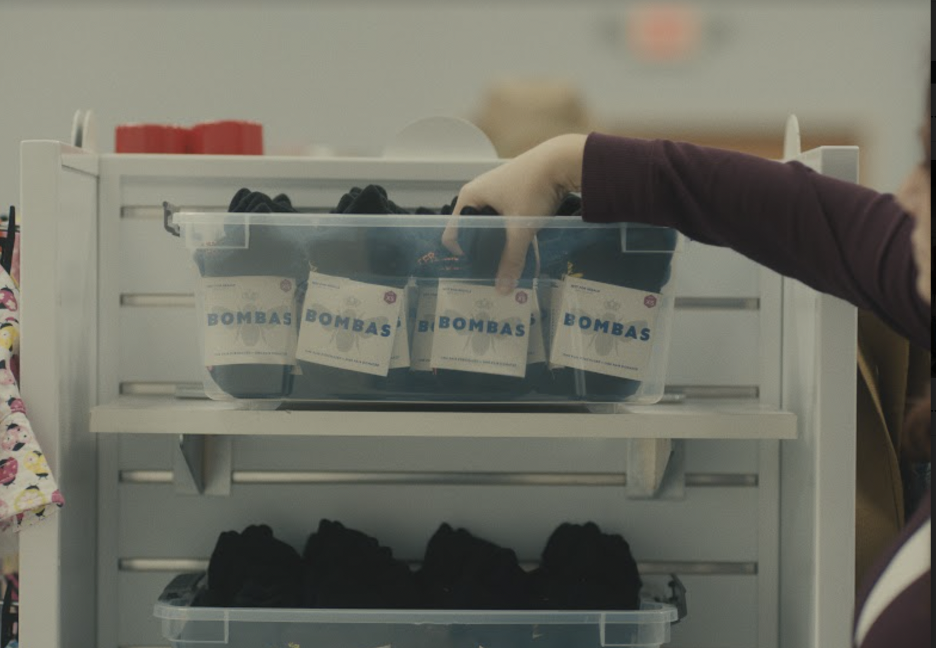 Though every individual’s experience is unique, there can frequently be an inherent lack of trust of institutions that want to help—making a solution even more challenging to achieve. “I’ve had people reach out when I’m handing them a pair of socks and their hands are shaking and they’re looking around, and they’re wondering ‘why is this person being nice to me?’” Robbi Montoya—director at Dorothy Day House, another Giving Partner—told Bombas.

Donations like socks are a small way to create connection. And they can quickly become something much bigger. Right now over 1,000 people receive clothing and warm food every night, rain or shine, from a Coalition for the Homeless van. That bit of consistent kindness during a time of struggle can help offer the feeling of true support. This type of encouragement is often crucial for organizations to help those take the next difficult steps towards stability. 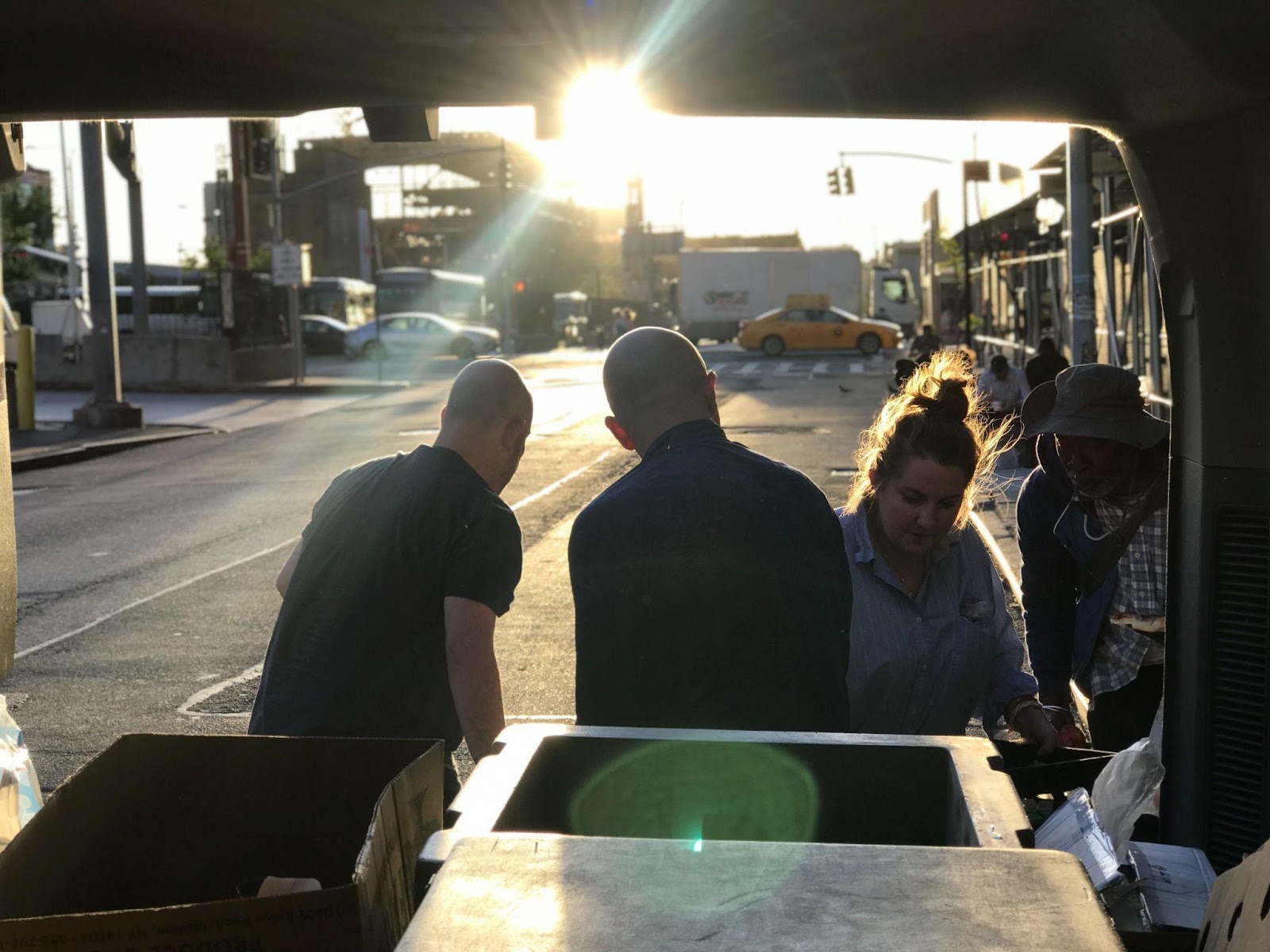 This philosophy helped Bombas and its abundance of Giving Partners extend their reach beyond New York City. Over 75 million clothing items have been donated to those who need it the most across all 50 states. Over the years Bombas has accumulated all kinds of valuable statistics, information, and highlights from Giving Partners similar to the Coalition for the Homeless vans and Dorothy Day House, which can be found in the Bombas Impact Report.

In the Impact Report, you’ll also find out how to get involved—whether it’s purchasing a pair of Bombas socks to get another item donated, joining a volunteer group, or shifting the conversation around homelessness to prioritize compassion and humanity.

To find out more, visit BeeBetter.com.

From Your Site Articles
community
Education

"I cannot spirit away her teen troubles. But I can give her a break."

It's all about protecting the heart and lungs.

From concerts to festivals to parades, people love to gather together in shared experiences. Crowds, however, can go from "Oh, there's lots of people here" to a dangerous or even deadly situation without much warning.

The world was shocked and saddened by the news of a Halloween festival crowd crush that killed more than 150 people in South Korea, with officials left debating what safety measures could have prevented such a tragedy. The risk of a deadly surge is always present in high-density crowds, so it's good to know what individuals can do to protect themselves if they find themselves trapped in a wave of people.

Crowd safety expert Paul Wertheimer started going to rock concerts and diving into mosh pits in his 40s, not because he was into Slayer or Metallica or Pantera, but because he wanted to analyze crowd behavior through firsthand experience. He's now been studying crowds for three decades and has sage advice for what to do if you find yourself in a crowd crush situation.

Her inflections and gesticulations are just too much.

An Italian preschooler's Italian rant has people in stitches.

All people have a need to communicate, but the way we do that varies greatly from place to place. Every culture has its own communication peculiarities that make our human family delightfully diverse.

Not only do humans speak thousands of languages around the world, but we also engage in culturally specific speaking styles, speech patterns and body language, some of which are immediately identifiable.