A rugby player only needed 2 sentences to shut down critics of his relationship's age gap. 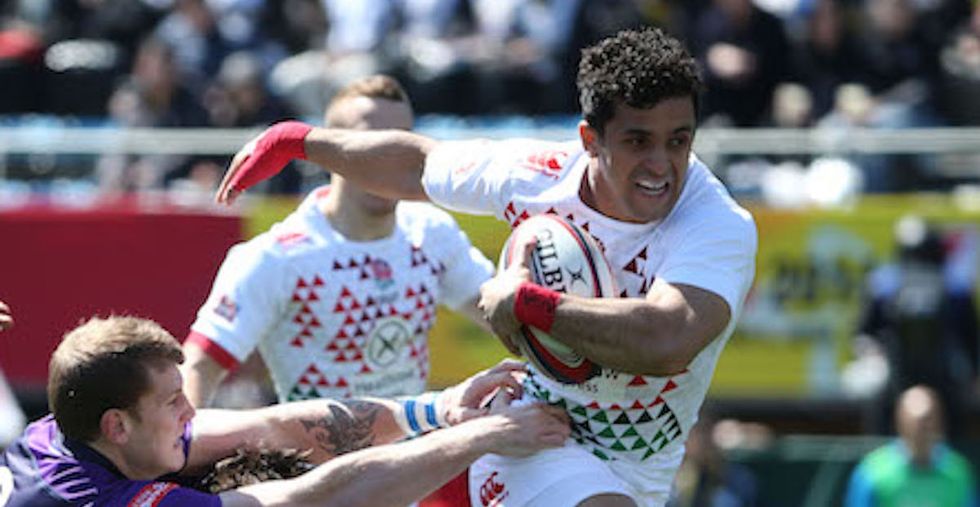 Sam Stanley had a short career as a rugby player, but he left a big impact on the game.

Stanley came out as gay in 2015 while he was still an active player. He was one of the first pro rugby players to do so.

He said at the time that his teammates and opponents, to his surprise, were overwhelmingly accepting. "What I found especially is that rugby players are a lot more open-minded than I thought," he told QX.

Though he's only 25, he recently walked away from the sport and now spends his days as a personal trainer.

But that doesn't mean life has gotten much quieter.

Stanley has been with his partner, Laurence Hicks, for seven years. But his recent honesty about the relationship brought the haters out of hiding.

Weather in Sicily has been kind to us 👌🏽☀️ hot but not too hot! 👬❤️😍 @lorenzo_uk #spiaggia #beach #sicily #sicilia #gioiosamarea #gay #gaycouple #menlovegay #gaybear

The two, who are more than a few years apart in age, met on a niche dating site called SilverDaddies. Stanley doesn't hide or apologize for that (nor should he have to).

But plenty of people have felt the need to chime in on the relationship, especially after Stanley recently announced that they were engaged.

In fact, Stanley writes in an Instagram post that he kept the relationship hidden from most of the world for a long time, likely because he knew not everyone would understand.

"After being a part of each others lives for almost 7 years, [Laurence] has been my pretend godfather, uncle, cousin and many others in order to make sure no one found out about us and that we were a couple."

After being a part of each others lives for almost 7 years, @lorenzo_uk has been my pretend godfather, uncle, cousin and many others in order to make sure no one found out about us and that we were a couple 🙈 funny looking back after having come so far together. The most loving man I know and I'm incredibly happy to say we're now engaged 😁 📸: @mrjonathanphang

To those who question the relationship and age gap, Stanley has a beautifully simple response.

"Laurence and I love each other and to us that’s all that matters. We’re proud to represent the many relationships like ours," he told Attitude.

What a great message. With so many of us concerned over "who's with whom for the money" and "who's out of whose league," the most important thing is that those of us who want a relationship find one that makes us truly happy.

Stanley and his fiance are living proof that love doesn't have to look a certain way — it just has to work.