A retail giant is giving its Black Friday sales to fight climate change. Why? Trump. 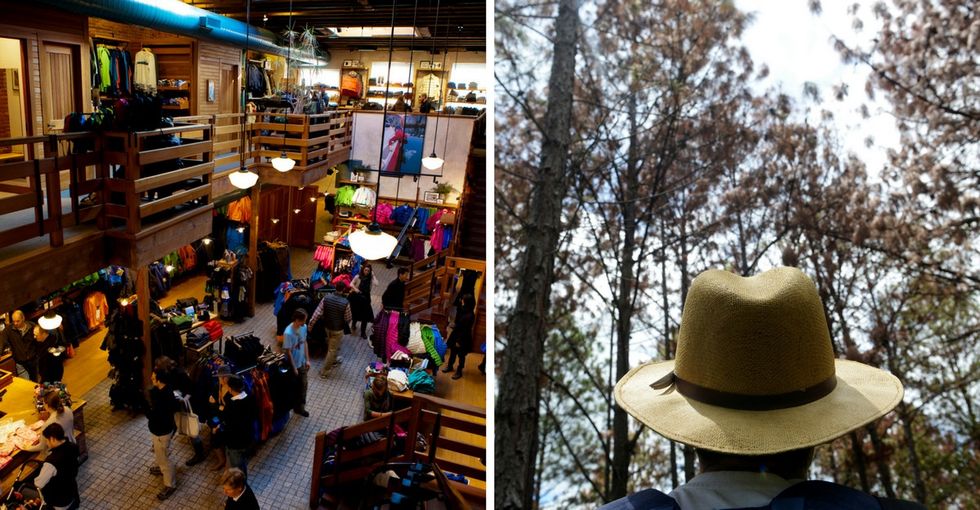 At the office at Patagonia, a retailer that sells outdoor clothing, the outcome of the 2016 election immediately brought concerns about climate change to mind.

Fighting global warming has been built in to the company's core mission for years. So it was alarming for many higher-ups at the retailer to wake up on Nov. 9, 2016, knowing that the new president-elect, Donald Trump, has said climate change is a hoax (despite overwhelming evidence saying otherwise).

A melting glacier drips away in Austria in August 2016. Photo by Sean Gallup/Getty Images.

Patagonia is delivering a big response, announcing plans to donate 100% of its Black Friday sales to grassroots environmental groups.

"Following the election, the idea was generated internally as a way to demonstrate our deep commitment to environmental issues," says Corley Kenna, global director of communications and PR for the company.

In a blog post announcing the decision, Patagonia specified that proceeds from both in-store and online sales will be given to nearly 800 groups across the U.S. fighting climate change at the grassroots level.

"During a difficult and divisive time, we felt it was important to go further and connect more of our customers, who love wild places, with those who are fighting tirelessly to protect them."

"This we know: If we don’t act boldly, severe changes in climate, water and air pollution, extinction of species and erosion of topsoil are certain outcomes," the blog post reads.

Through its 80 stores and Patagonia.com, the retailer expects Black Friday sales to surpass $2 million, CNN reported.

To be fair, the global retailer readily admits it's not without flaws in the fight to save our planet.

"We make products using fossil fuels, built in factories that use water and other resources, create waste and emit carbon into the air," Patagonia admits on its website.

But the company, which already gives 1% of its net annual sales to eco-groups, says it's always committed to doing better:

"Knowing we are part of the problem, we must also recognize that climate change — as a deadly condition of infinite human actions — is not an issue we can tackle outright. That’s why we try to stay focused on specific things Patagonia can do to reduce, neutralize, or even reverse the root causes of climate change."

Patagonia's Black Friday plans are a great example of what more companies should be doing in the wake of an alarming election.

It's crucial that the business community — with the funds and influence and power to ​affect​ change on a massive scale — follows Patagonia's lead and protects the most vulnerable people and causes that need assistance now more than ever. Thankfully, when it comes to the climate, Patagonia isn't alone — many brands are already standing up to Trump and his plans to dismantle the progress we've made.

None of us should feel helpless. We need to stand with these businesses, and alongside each other, and do what we can to march forward — especially when it's an uphill climb.