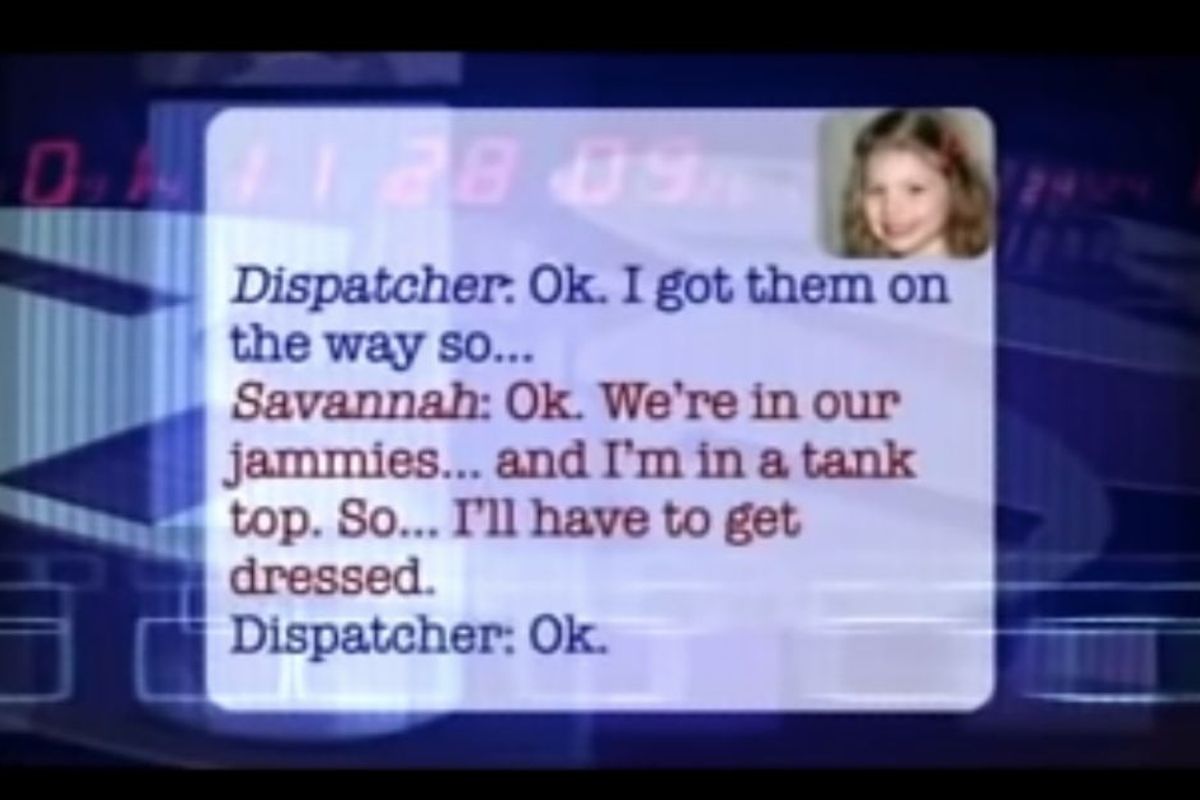 Brace yourselves, folks, because this is almost too friggin' adorable to handle.

A 911 call can be a scary thing, and an emergency call from a dad having chest pains and trouble breathing is no exception. But thankfully, an exchange between that dad's 5-year-old daughter and 911 dispatcher Jason Bonham turned out to be more humor than horror. If you missed hearing the recording that has repeatedly gone viral since 2010, you have to hear it now. It's perfectly timeless.

RELATED: Teachers are sharing epic quotes from little kids, and they're so wholesome and hilarious

When an Indiana dad used his cell phone to called 911 and couldn't talk, his daughter Savannah picked up the phone. Remaining remarkably calm, cool, and collected, the articulate 5-year-old expertly answered Bonham's questions—and added her own hilarious commentary as well.

At Bonham's request, she made sure the front door was unlocked so the emergency crew could get in. She told him about their dog, Lou Lou, who was "small" and "barks a lot," but was "friendly." She consoled her dad—who may have been in the middle of a heart attack—with "Don't worry, Dad," and "Stay calm, Dad." She also kept the dispatcher up to speed on what was happening, repeatedly saying, "So far, so good."

But the pièce de résistance was when Savannah told Bonham that she and her dad were in their "jammies" so she'd have to change. "I don't know what I'm gonna wear, but...he really needs oxygen, real fast."

Five. Years. Old. This kid is seriously something else. Watch:

Bonham said he was surprised by how Savannah handled the call. "Most people when you talk to them, they're hysterical," he told Eyewitness News. "Every time I've listened to it it's amazing. She's just a little person."

RELATED: A woman's viral post about sitting next to these two kids at a Saints game is a must-read

Thankfully, despite the scare, everything turned out fine for Savannah's dad. When the story went viral, her mom posted on Facebook, "We are so grateful & blessed that Savannah's 911 call is still being circulated. It makes the whole entire night worth while. The more awareness it brings & the more adults that teach children what to do the better!"

Well done teaching that kiddo, mom and dad. She was truly amazing.