A Hum by Verizon fan explains how it helps make his life a bit less stressful. 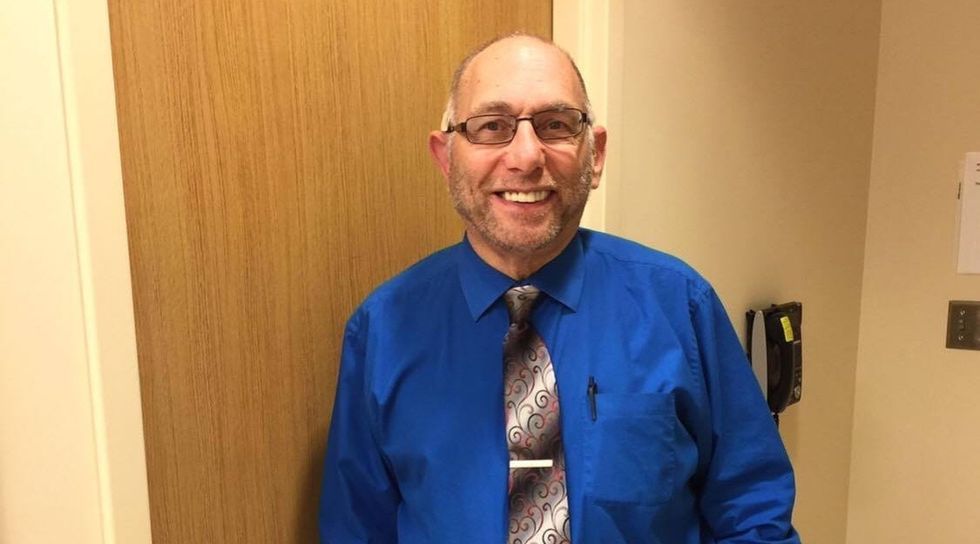 For anyone diagnosed with a serious illness, support from friends and family is crucial. For Alan Cohen, extra support came from a surprising place: his car.

Alan was diagnosed with gastrointestinal cancer in April 2017. "It was a shock," he says. "I don't drink. I don't smoke. I eat very healthy."

Despite having done everything right, he suddenly found himself dealing with doctor's visits, prescription pickups, and the daily stress and anxiety of having a serious disease — all in addition to the appointments and commitments of his regular life.

"You fight it every day," says Alan. "Every day is a fight to live."

Alan's particular treatment is, luckily, 95% effective in curing his type of cancer. But that doesn't mean his days don't include struggle. He's still a dad, a medical professional, and a person with tons of things to juggle in addition to keeping up with his medical treatment. He has to remember to take his medications and make time for bloodwork in addition to everything on his already-full plate.

For Alan, a bit of relief came in the form of Hum by Verizon, which keeps him connected to his car.

Alan is already dealing with enough stress — he doesn't have time for the strain of unexpected car troubles, such as his car not starting or a flat tire. Hum has features that remind him to keep his car well-maintained — he sets reminders for things like oil changes and tire rotations — helping prevent him from winding up stranded on his way to important doctor appointments.

"It told me my battery was low, and I hadn't realized that," he says. "Of course, I was on my way to work, and that's when it popped up. But I made it back home and had my battery changed the next day. It helped prevent me from running late to other appointments and whatnot. That helped a lot."

Alan has enjoyed his Hum so much, he even reached out directly to Verizon to let them know:

"Just got the Hum and it's worth every penny. I'm hard of hearing so the Bluetooth is awesome, works really well. I like you can press for help and the police and fire dept. can locate you. Haven't needed to use that as of yet. I feel very comfortable using it and I like the car health reports it sends me."

We've all had days where it seems like everything that can go wrong, will.

When you're already dealing with something serious and long-lasting, every minor inconvenience can feel like the universe is really piling it on. Even though car troubles aren't the greatest of Alan's concerns, knowing they won't crop up to make a difficult day worse grants him a little bit of valuable peace of mind.

More seriously, his car's connectivity also eliminates his concern that he'll have a health issue while he's alone and unable to get help.

"I feel really, really confident that if anything happens, I'll be able to use the Hum's emergency button," he says.

Rather than being continually fearful of being by himself, Alan is able to continue his life feeling independent and secure.

It's easy for smaller stresses to take a backseat when we're dealing with something huge — but it's the avoidable worries that are the easiest to prevent.

Hum is another example of how innovations can help people free up the time and energy they need to deal with life's bigger challenges, by handing the smaller ones over to technology.