6 ways to help a friend or loved one who may be suicidal. 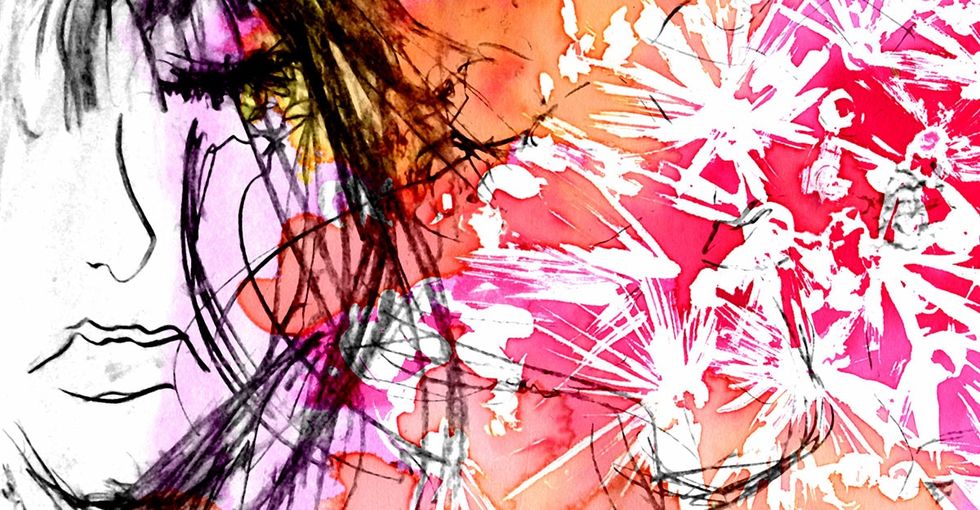 More than 42,000 people died by suicide in 2014 alone, according to the Centers for Disease Control and Prevention. For people between ages 10 and 34, it's the second leading cause of death. While thousands complete suicide each year, an estimated 9.4 million adults in the U.S. had serious thoughts of committing suicide.

This problem is bigger than numbers. It's people. It's moms, dads, kids, siblings, grandparents, friends, and partners.

These are complex but treatable issues, and yet too often it's still considered taboo to discuss or speak frankly about suicide or mental health.

When a friend, loved one, or colleague appears to be suicidal, it can be hard to know what to do or say. But the numbers don't lie. Our silence won't slow this public health crisis; when it comes to helping someone in need, inaction is not an option.

Health professionals and people who specialize in suicide prevention say there are small actions you can take to help.

Here are some simple things you can do to help someone who may be thinking about taking their life:

Familiarize yourself with the warning signs. People thinking about suicide or self-harm may talk about feeling hopeless, trapped, or in incredible pain; withdraw from friends or family; experience drastic changes in mood; and/or increase their use of alcohol or drugs. Someone considering suicide may also talk or write about wanting to die. But the warning signs aren't always cut and dry.

"We tell people to look for changes," says Andy Cartmill, a trainer of suicide and intervention models and senior program educator with Addiction Services for Washington County, Oregon. "Trust your intuition. If you think something is up, there's no harm in being honest and saying, 'I just noticed a change. Are you doing OK?'"

2. Show support without judgment or anger.

Even if your friend hasn't reached out to you, check in. Let them know you care about them and you're concerned. This isn't the time to panic, argue with them, or even to try and talk them out of it.

"We tend to fix things and point out people's strengths and say, 'What about your wife?' 'What about your kids?'" Cartmill says. "It's possible they might not perceive those as strengths. So they very well might think, 'I'm doing my wife or kids a favor by relieving them of a burden.'"

Simply listen. And allow them to speak without judgment.

If you're not sure if your friend is in immediate danger, the best thing to do is ask.

Individuals at the highest risk for suicide in the near future will often have a plan, the means to put the plan into action, a time frame, and intention. Asking questions will help you determine immediate risks, and the answers may inform what you do next:

If you don't know what a statement or response means, ask for clarity. This may feel awkward or intimidating, but it's important to be direct and honest. And don't worry, talking about suicide won't plant the seed in someone's head.

"Research over and over again says that is not going to happen," Cartmill says. "That's one of the things people are afraid of ... 'If I ask that question, am I going to get them thinking about suicide?' and the answer is no."

If you're not a trained health professional or crisis counselor, this territory can be tough to navigate. It's OK to not have the perfect speech or talking points. It's first and foremost your job to listen and recognize they're hurting. That means not changing the subject or minimizing their pain.

"You don't have to be an expert; you really don't. Listening respectfully and being honest is OK," Cartmill says. "It's OK to tell people, 'What you're saying is scaring me. I want you to be OK,' and go from there."

5. Suggest professional help, or offer to help them find it.

This is not an effort to pass them off to someone else and instead aims to get them to a doctor or therapist better equipped to help with their pain. If they're seeing a professional, encourage them to get in touch with them immediately. You can even offer to accompany them to the appointment.

If they're not under a doctor or counselor's care, help them find a mental health professional or call the U.S. National Suicide Prevention Lifeline at 800-273-TALK (8255). It's a free, 24/7 service that can provide people thinking about suicide and those who care about them with support and connections to local resources.

6. Remember, if it's an immediate or crisis situation, it is OK to use the emergency room.

If you wouldn't hesitate to call for a broken bone or allergic reaction, don't hesitate with suicide. In a true crisis, it can't wait.

Suicide doesn't care. But lots of people do.

Keep the number for the National Suicide Prevention Lifeline in your phone, 800-273-TALK (8255). In an emergency, having that number handy for yourself or someone you care about may make all the difference.

Even talking about suicide or suicidal ideation may seem overwhelming or scary, but experts agree: Hope and recovery are possible. There are many treatment options available, with several at low or no cost. It starts with paying attention to warning signs, reaching out, and getting help if you need it.