4 things your friend with clinical depression wants you to know. 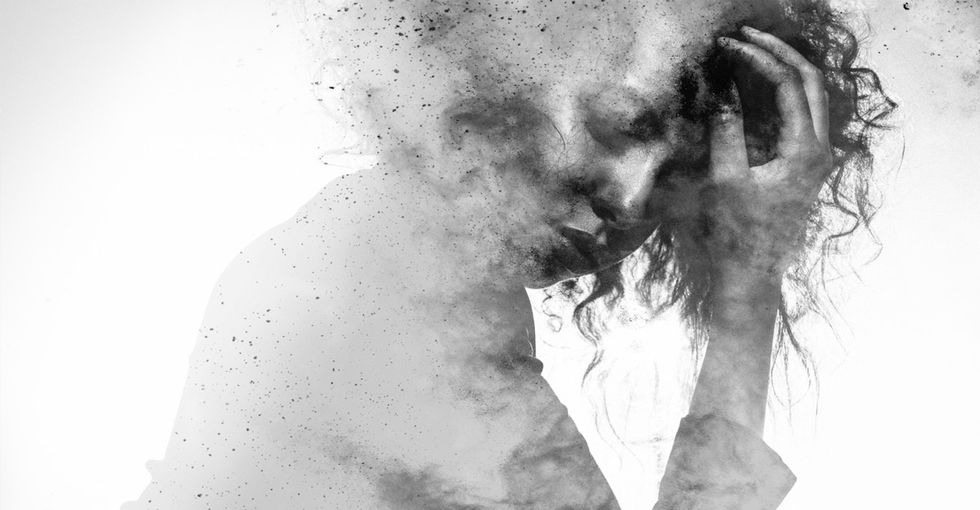 This story was originally published on The Mighty and Better Than We Deserve.

Most of us have had it happen — the conversation that reveals someone we know, possibly even love, battles depression and we didn’t know it.

We think to ourselves “But they seem so happy!” or “They are so fun to be around!” and the news doesn’t compute with what we know.

I have chosen these statements because they are statements that have been said to me when I was finally brave enough to tell someone I’ve struggled with clinical depression for most of my life. I have even been surprised by the number of people I know who fight a similar battle, and I never would have guessed.

Here are a few reasons why the revelation of clinical depression takes us by surprise, as I have experienced in my own life.

1. Episodes of depression come and go.

I have gone as long as two years without serious bouts of depression hitting me. I was naive enough (hopeful, maybe?) to believe I had been cured. But it returned when I least expected it.

Most of my life has been a roller coaster of "emotional times" and "stable times." When I was younger, I just told myself I was a "sensitive" person. It wasn’t until a doctor pushed for more information and I researched on my own that I realized I had all the major signs and symptoms of depression and had battled with them most of my life.

So yes, it does come and go, and if you catch me on an "up," there would be no reason to suspect I could have ever had a brush with mental illness. As I have matured, I have also realized there are definite triggers, and the response to them is very real and very dramatic, but outside of that, there is little reason to discuss my illness.

2. Depression mimics (although in an unhealthy amount) normal emotions.

Let me speak plainly: If you do not suffer from clinical depression, you will have a hard time relating the reality of someone who does.

A crying fit to you may be the sign of a bad day. To someone with depression, it may be the explosion that is expressing complete worthlessness and despair. Retreating to your room in frustration to you may be a way to cool down. To someone with depression, it may the start of withdrawal that begins an emotional downward spiral. Declining a social invitation for you may mean you need some quiet time. To the person with depression, it is a way to avoid contact and remain in the darkness. You are seeing the tip of the iceberg in a person with depression, and you have no idea there is mass hiding below the waters because for you there never has been the bitterness of cold, frigid ice. Trust them when they try to tell you they feel depressed.

3. They are living functioning and contributing lives.

Again with the iceberg analogy, you see the tip of the life they present. Sure, you may see the warning signs you have read so diligently about, like weight changes or withdrawal, but for the most part, the times in my life when I have been most depressed I have also still functioned well. I have showered, curled my hair, ran my kids from place to place, even lunched and laughed with my friends.

I can’t say why I don’t usually completely shut down; I just never did. I don’t know if I function out of habit or out of hope, but I do. I rarely wallowed in my filth and let my life fall apart. As a matter of fact, when my real battles with depression and death-idealizing began, I was in school, an honor student, singing the theme song for prom and cheering at the school basketball game. But the clouds still rolled in, and I didn’t want anyone to know. So I lived and suffered mostly in private.

4. The person you know with depression doesn’t want you to know they have it.

Depression is extremely easy to downplay. A quick little "That was a rough time for me" or "I am struggling with that" is usually all I have to tell someone who is checking up on me after an emotional battle. People are understanding when it comes to struggles. What they don’t understand, however, is real depression.

Telling someone you are struggling with serious doubts about the worth of your own life or whether you have the strength to face one more day is a huge risk. Not all are created equal when it comes to this news. I have lost a friend or two who I knew just couldn’t face the storms with me. And I don’t blame them. It’s not fun, and it’s not easy. It’s even harder if a friend isn’t aware of the problem; thus, we learn to hide it. It’s safer that way (not in reality, but we see safety in hiding), so we pick and choose very carefully who we tell, if we tell anyone at all. In my experience, even upon the telling of our illness we will downplay it. We desperately want to avoid the stigma, we want to be normal, and we desperately want to be helped. We just don’t dare say those things out loud.

Because of the perceived risk in revealing this news, too many people suffer in silence. Too many pull themselves together to face the world, but alone at home they crumble in shame, guilt, and agonizing pain. The pain is the worst part of it, and while feeling it, you are sure this is the only way you have felt and the only way you will ever feel again.

That is why ending the charade is so important. As I have become more open about my clinical depression with my husband, my doctors, my church friends, and even my siblings, it is easier to win the battles.

The storms still roll in, but I have many willing hands ready to hold an umbrella for me until it passes. That is why if you find out someone you know and love has depression, your reaction will make a difference. It is why if you are struggling with mental illness, you must take down your mask.

When we work together, we can win these fights.