10 photos show why the Perseid meteor shower is so incredible. 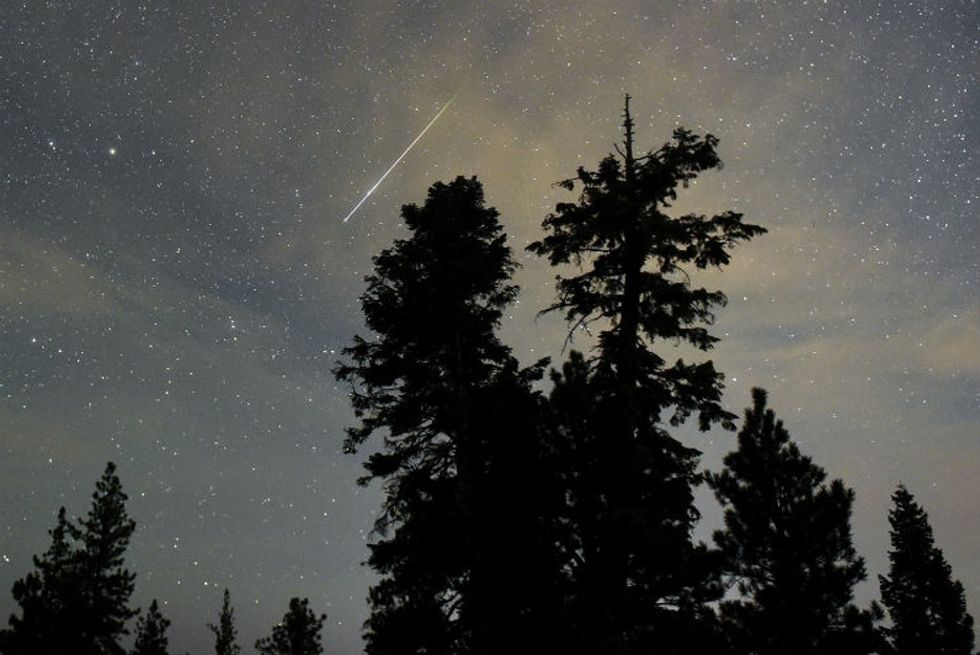 Our solar system is one amazing place. And if you don't already think so, this year's Perseid meteor shower is proof.

In case you slept through Astronomy 101 (I won't judge), the Perseids come our way every year about mid-August, when meteoroids swoosh through our atmosphere at crazy-high speeds and temperatures, leaving "tails" (shooting stars!) to "ooh" and "aah" at.

2015 has been an especially great year to turn our eyes up to the skies because the Perseids' particularly "fast and bright meteors" have had "no moonlight to upstage the shower," according to NASA.

Check out what makes the Perseid meteor shower so cool below:

"Nighttime in Nevada: Perseid Shower over Calico Range." Image by Beau Rogers/Flickr (check out the link to read more about Beau's photo).

Did you know? The Perseid meteor shower is the most active one of the year. About 100 meteors zoom by per hour at peak activity.

"I had been planning this night for a while, the weather was going to be nearly perfect," photographer Ryan Hallock noted. Image via Ryan Hallock/Flickr (check out the link to read more about Ryan's photo).

Did you know? Humans discovered the Perseids a long, long time ago. The earliest records of the shower were spotted in Chinese annals dating back to 36 A.D.

"Not the darkest place, but dark enough," photographer Jason Foose said. "Over 150 shots here stacked in Photoshop. Raw images." Image by Jason Foose/Flickr (check out the link to read more about Jason's photo).

Did you know? The Perseid shower gets its name because the meteors look like they're popping out from the constellation Perseus, named after the Greek mythological hero.

"This image consists of 7 stacked pictures that were taken between 1:41 AM and 2:04 AM local Dutch time," explained photographer Rayann Elzein. Image via Rayann Elzein/Flickr (check out the link to read more about Rayann's photo).