With anti-Muslim sentiment on the rise, Muhammad Ali issues a strong response. 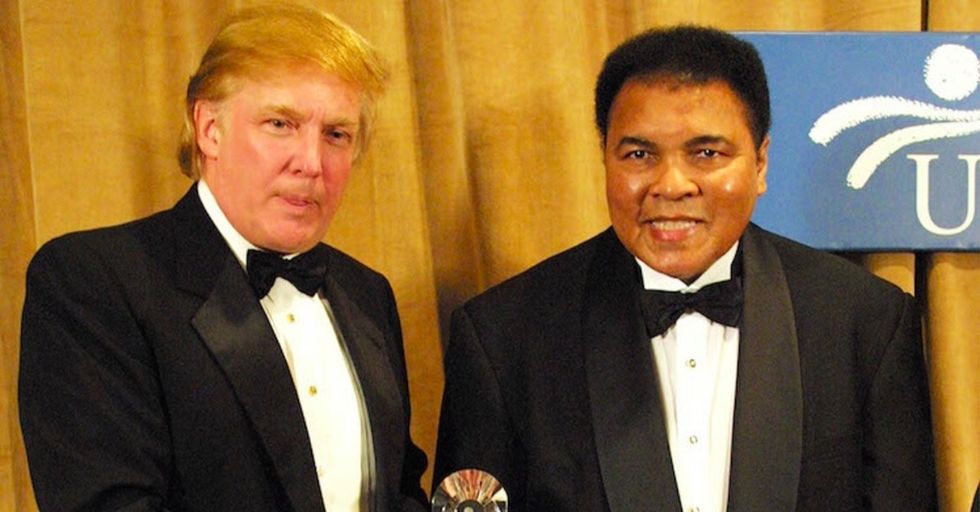 Muhammad Ali is a legend.

He's legendary for his incredible boxing skill, his civil rights activism, and his poetically provocative quotes on boxing, on life, and on human rights.

Agree or disagree with his opinion, you can't deny that Ali has never been afraid to stand up for what he believes in, especially when it comes to his religion.

"I am a Muslim and there is nothing Islamic about killing innocent people in Paris, San Bernardino, or anywhere else in the world," Ali writes in a statement.

In the letter, Ali writes about the cost of painting Islam as a religion of violence, calling on all Muslims to "stand up to those who use Islam to advance their own personal agenda." That misrepresentation, he says, prevents people from learning about Islam the same way people learn about Christianity or Judaism.

Ali's letter comes in response to the recent uptick in violent cases of vandalism against Muslims across America (such as a severed pig's head left at a Philadelphia mosque), which themselves are likely responses to the recent murders in San Bernardino, California, and the ISIS attacks in Paris.

This retaliation and fear of innocent Muslims is being stoked and encouraged by presidential candidates, perhaps most explicitly by GOP candidate Donald Trump.

Though Ali never names Trump specifically in his statement, it's no coincidence that the letter arrived on the heels of Trump claiming not to know of any Muslim athletes.

Despite the fact that Trump has met Ali before.

Ali's statement is a voice of reason in an election season dominated by wildly bigoted rhetoric.

In his statement, Ali calls on political leaders to use their power to clarify and correct misconceptions of Islam as they see them:

"Speaking as someone who has never been accused of political correctness, I believe that our political leaders should use their position to bring understanding about the religion of Islam and clarify that these misguided murderers have perverted people's views on what Islam really is."

The millions of Muslims worldwide who aren't affiliated with extremist groups shouldn't have to prove that their religion isn't violent any more than all Christians should have to defend their religion when Christian terrorists kill people at women's health clinics.

Actions speak loudly, but words have their own power — if anyone knows how true that is, it's Muhammed Ali.