Why it matters that more college students now smoke pot than cigarettes.

Higher education has been getting a whole lot higher lately. 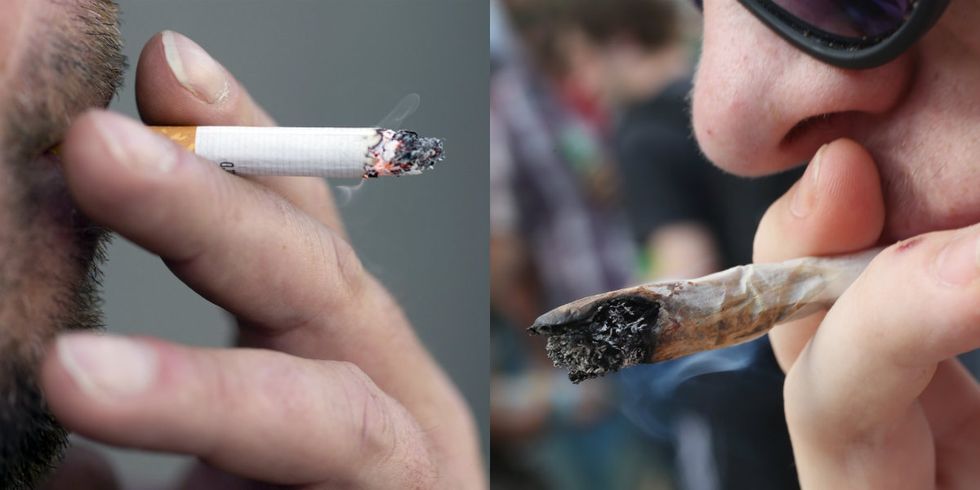 In case you've missed the memo, cigarettes have lost their luster lately — especially to those crazy college kids.

Just this week, the Centers for Disease Control and Prevention reported that a historically low percentage of American adults — a mere 15.2% — are choosing to light up on a regular basis.

That's great! Although, not very surprising. Cigarette use by Americans has been dwindling for several years now. And that includes for college students.

But not all smoking is falling by the wayside for millennials obtaining a higher education (if you get my drift). New research found that marijuana is actually more popular now among college students than it has been throughout the past three decades.

The University of Michigan's newly released Monitoring the Future study found that, in 2014, only 5% of college students said they smoked cigarettes daily — down from 19% in 1999.

Lloyd Johnston, a lead researcher on the study, said the drop is "particularly good news," seeing as these same students had fewer rates of cigarette smoking while they were still in high school. So their smoke-free (or nearly smoke-free) habits apparently had staying power.

Here's where it gets interesting. A higher percentage of college students — 5.9% — reported smoking marijuana either on a daily or near-daily basis (which was defined as on at least 20 of the past 30 days for the study).

That 0.9% difference is a big one. It marks the first time daily weed-smoking habits surpassed daily cigarette-smoking habits for college students, the study concluded.

This historic report should encourage us to review some of our drug policies. Because, let's face it, they need some updating.

Here are the facts.

Shouldn't facts like these affect our policies on marijuana? I mean, if just as many (if not more) young people prefer weed over cigarettes, shouldn't legal weed be on the table as a viable option? Legalizing and regulating pot may actually help in keeping it out of the hands of children, after all, and legal weed may help reduce our expensive and overpopulated prison system without sacrificing public safety.

The good news is, more Americans are recognizing these realities. As Gallup found in November 2014, a slim majority of Americans now support legalizing weed — up dramatically from a decade prior, when that figure stood at just 34%.

If America's acceptance of weed is changing — on and off college campuses — maybe it's time Washington takes note.