While grownups are busy messing up the world, these kids are trying to make things right.

Even kids know it's a game. A terrible game. 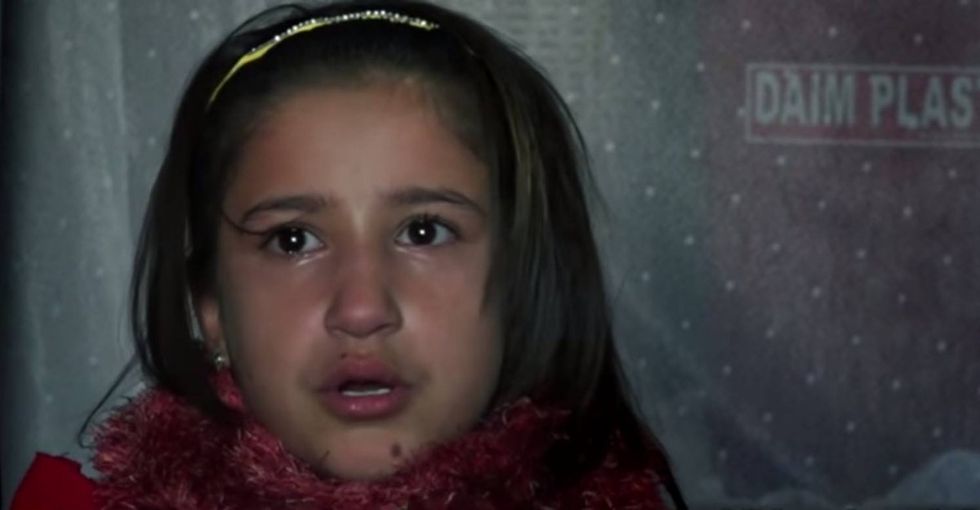 Forgive me for pointing this out, but all around the world ... adults are royally screwing up.

We're starting wars, dumping chemicals all over the place, and bowing down to the almighty dollar/yen/euro/gold bullion. It's enough to make you want to throw in the towel. And yet ... there's a reason to hope. Because, my friends, the kids are all right.

Kids see through the nonsense and address the issues head-on.

Here are just a few examples.

They're fighting to protect the environment.

Youth activists from a group called iMatter are suing state and federal governments for ruining the natural resources they have the right to inherit. Alec Loorz, who founded iMatter when he was in high school, writes, "We can't vote. We can't afford lobbyists. We can only trust that our leaders will make good decisions on our behalf. But when they make decisions like favoring oil company profits over our safety, then we need to hold them accountable."

They're working hard for peace.

In Congo, young men started a musical theater troupe to advocate for peace.They're called the Youth Musical and Theatrical Alliance for Peace (JMTAP). Some of their neighbors encourage them in their work, but others have threatened them for defying their community's traditions. They won't stop working for peace though. They see a culture of violence and ethnic division and they can't live in it anymore.

Members of the JMTAP rehearse in a classroom. Check out their video to hear their song about how deeply Congo needs peace. Image by Local Voices.

And, ultimately, they are fighting for their futures.

Safa has been living in a refugee camp in Iraq for four years, but she remembers her home in Syria. Her circumstance is out of her hands.

When filmmakers from UNICEF visited the camp two years ago, Safa saw a chance to get a message to the outside world. She addressed the children of the world, saying, "You should thank God for the blessings you have, living in your homes and countries. Thank you and don't forget us."

Two years later, not much had changed in her life. UNICEF gave her another opportunity to send a plea to people beyond the boundaries of her camp. This time, her message wasn't for the world's children but for its leaders.

If those leaders can't get it together to help her, maybe the world's children will. After all, they're doing amazing work.

Checkout Safa's interview below, and be prepared to be blown away by her strength and clarity:

All around the world, kids are angry, hopeful, and doing something about it.

So maybe it's time to put the kids in charge. With passion and audacity from this generation, maybe we'll be all right too.