These are not your daughters' Kardashians. 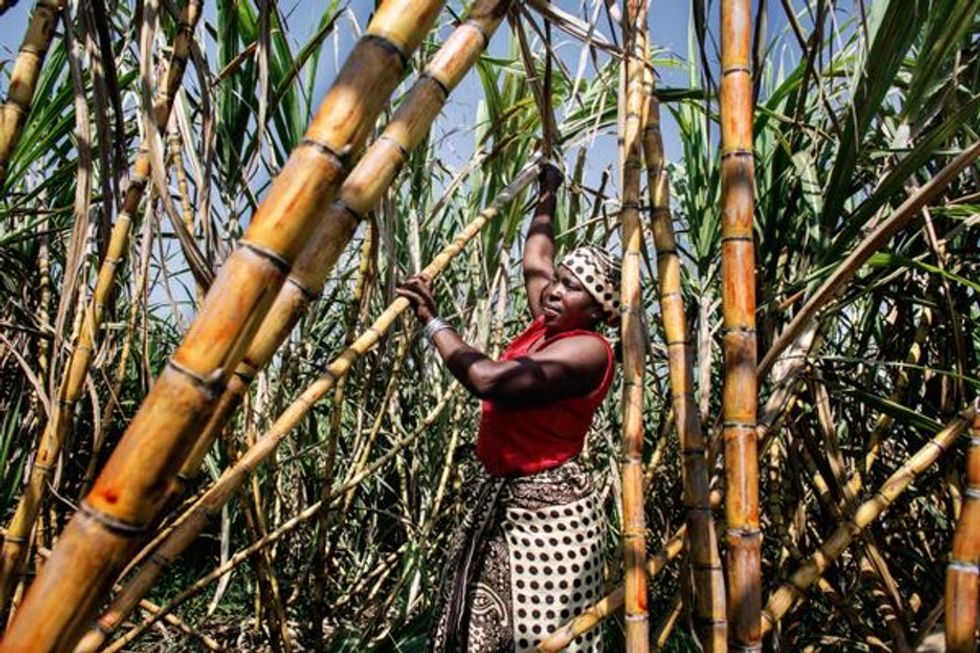 Blood. Guts. Sweat. Glory. This is what it took to be the next top Female Food Hero.

OK, so maybe that's a bit dramatic, but it definitely took a lot of work.

Bahati Muriga Jacob bested 19 of her Tanzanian peers in her farming skills and innovation to win the grand prize of a 5 million Tanzanian shilling cash prize plus 20 million shillings' worth of farm equipment. Sweet, huh?

This probably sounds different from the other reality TV shows that you've seen heard of.

There are no Kardashians, backstabbing models, or booze-filled brawls ... not that I know that shows typically have those things from firsthand watching experience or anything.

For this show, Oxfam teamed up with a Tanzanian TV station to create "Mama Shujaa wa Chakula" (aka "Female Food Heroes") — a show that takes edutainment to another level and teaches both participants and the audience.

Rural-farming women make up most of the impoverished in Tanzania. This is partially because women are often denied access to resources that can help them thrive. Due to sexism, they can't get loans that could be used to buy better farming equipment, and many are turned away when they try to buy land in their name.

That's where the show comes in.

Over the course of three weeks, the 19 competitors participate in farming challenges that put their skills from the field to the test. But it isn't like your normal competition. The women learn from each other in the challenges. And they get expert training on leadership and finance, too. Since female farmers are so undervalued, they are often shut out of lessons like these.

As these amazing women learn skills in the field the audience gets a few lessons, too.

"Mama Shujaa wa Chakula" takes advantage of the captive audience to raise awareness about the issues that affect these women and their communities every day.

A show that educates disempowered workers and gives them the tools to help them long after the cameras stop rolling? Yes, please!

Even though not everyone can win first place, every participant leaves with new skills and knowledge that helps their villages for the long haul.

In the mood to binge watch it? You're in luck — you don't have to be in Tanzania to watch it.

Every episode is posted on YouTube after it airs. And because most locals don't have access to TV or the Internet, Oxfam made sure to air an audio-only version of them for the radio waves. I think I found my new favorite reality show.