This group raised $1 million in just 9 hours to help kids at the border. Here's how. 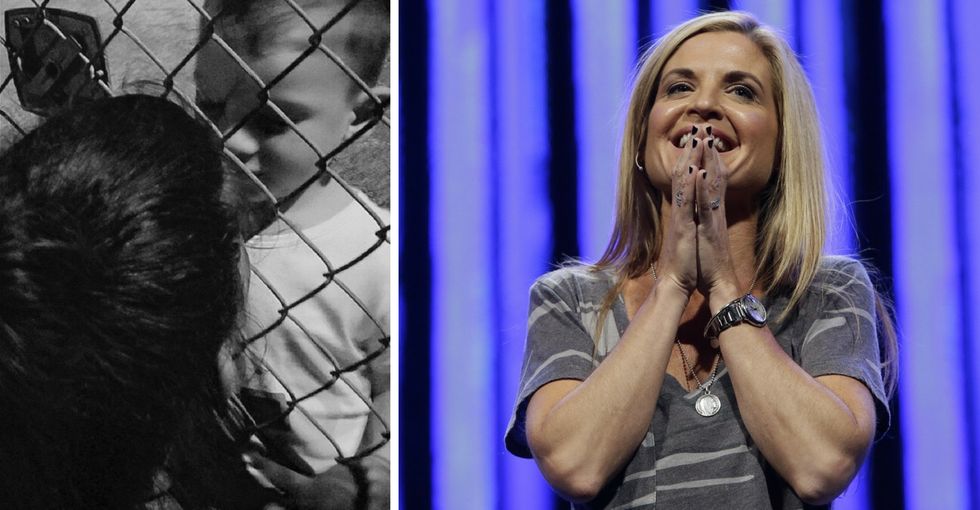 Last week, news of children being torn from their parents' arms at the U.S.-Mexican border broke many Americans' hearts.

Author and activist Glennon Doyle was one of those Americans. She saw babies, toddlers, and preschoolers being forcibly separated from their parents — even families seeking asylum — and placed in separate detention centers, neither knowing where the other is going.

She knew she had to do something.

Doyle and the rest of her nonprofit, Together Rising, got on the phone and talked to people on the ground who work with immigration. They found out that the best way to help these families was by providing bilingual advocates and legal representation.

So Doyle's team set up an "Emergency Love Flash Mob" with a fundraising goal of $350,000 to hire a legal team to represent 60 children in an Arizona detention center.

A Love Flash Mob is Together Rising's way of getting lots of people to make online donations in a short time frame, usually one day.

They make the announcement on social media, ask folks to share a link to the donation page, and encourage as many people to give as possible. They usually request that people cap their individual donations at $25, but this time they didn't set a limit.

Image via Together Rising.

Doyle, who writes on her website Momastery, has a motto: "There is no such thing as other people's children."

This forced separation is meant to be a deterrent for people trying to cross the border, but it's mind-bogglingly cruel. "There are some non-negotiables," Doyle says, "We know immigration is complicated. We understand that. But still — not this. We have to as a country be able to say, 'No matter what, we are not going to strip babies from their mother's hands.'"

So, when Doyle's followers (whom she dubs "Love Warriors") got wind of the Emergency Love Flash Mob, they showed up in droves. At one point, Glennon says, they were getting 8,000 donations an hour.

Since then, the total has risen to $1.5 million.

Now those 60 kids will at least have a fighting chance of being reunited with their parents.

In addition, funds will go to The Young Center for Immigrant Children's Rights to send a social worker and lawyer to the border to help cut down on some of the trauma and confusion for these families. The remaining funds will go to nonprofit organizations throughout the U.S. that provide free legal aid for immigrants.

But they didn't stop there. The Love Warriors also flash-mobbed Congress with phone calls.

Social action is awesome in the short term, but civic action is vital for the long game. So, the day after the Love Flash Mob, Doyle published a simple, step-by-step tutorial for contacting congressional representatives to voice disapproval for this policy.

TUESDAY, TOGETHER RISING ASKED YOU HELP US SOME PULL SOME DROWNING FAMILIES FROM THE RIVER.Together, you raised 1.45...

Organizing a million-dollar fundraiser in just a few days might seem like a huge effort, but for Doyle, it's just part of doing the right thing.

Love Flash Mobs usually take weeks to plan, but Doyle and her team know how to step it up for an immediate and dire need. When government fails the most vulnerable, it's up to regular people to assume the role of offering assistance.

"It's empowering," says Doyle. "I think sometimes it takes a democracy to be threatened for people to understand that this is what democracy looks like ... There are some people that are guilty, but we are all responsible."

"It's going to be harder to change the legislation than it is to raise money for these babies," she says. "But our people are on that, too."

And after all, is there anything more beautiful than people showing up to help people and making their voices heard?

Maybe seeing babies back in their mothers' arms. Yes. That.