This calendar was 'famous' for objectifying women’s bodies. They chose to celebrate their accomplishments instead. 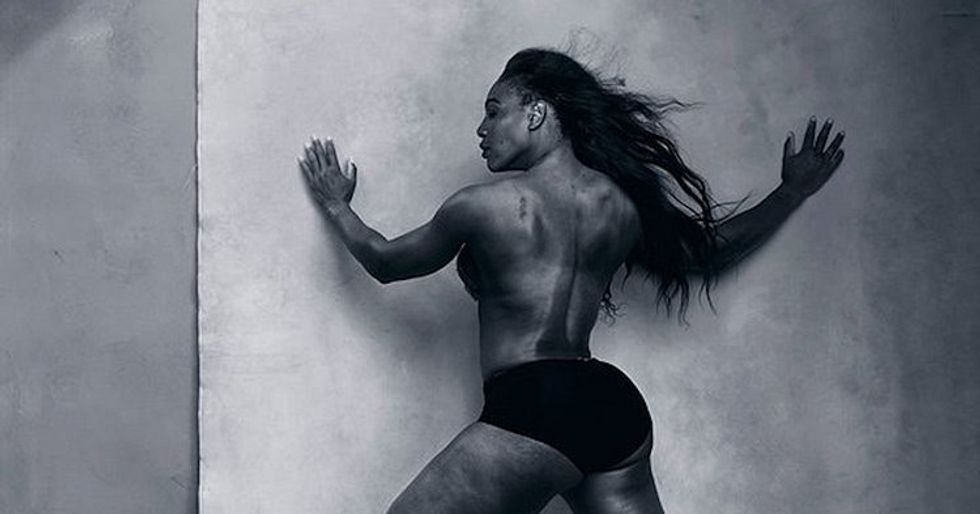 The annual Pirelli calendar is the kind of cultural artifact that once perhaps belonged on the desks of Don Draper wannabes, well-suited one-percenters who only half-jokingly refer to their significant others as “trophy wives.”

The calendar, produced by an Italian tire manufacturer and distributed exclusively to their wealthy clients and special VIPs, is famed for its artful nude photographs of models like Sienna Miller and Naomi Campbell, meant largely to service the male gaze.

However, in 2015, makers of the Pirelli calendar realized that women are not just empty, decorative vessels on which they could project their most base desires.

No: The new calendar showcases women’s talent instead.

And while some of the women did pose naked, or half-naked, they’re posed not to seduce the camera but to challenge it instead, their eyes defiant, or turned away from it entirely, like Williams’.

“When Pirelli approached me, they said they wanted to make a departure from the past. They suggested the idea of photographing distinguished women,” Leibovitz said in the press release.

“After we agreed on that, the goal was to be very straightforward. I wanted the pictures to show the women exactly as they are, with no pretense. I’m a great admirer of comediennes. The Amy Schumer portrait added some fun. It’s as if she didn’t get the memo saying that she could keep her clothes on.”

In interviews with The New York Times, some of the 2016 models said they were surprised when they received calls to pose for the famously provocative calendar.

“I thought it was a joke,” said writer Fran Lebowitz, who posed for the month of May.