This artist spent a month living on Mars time just to find out what it's like.

If humans are going to live on Mars, our concept of time will have to shift. 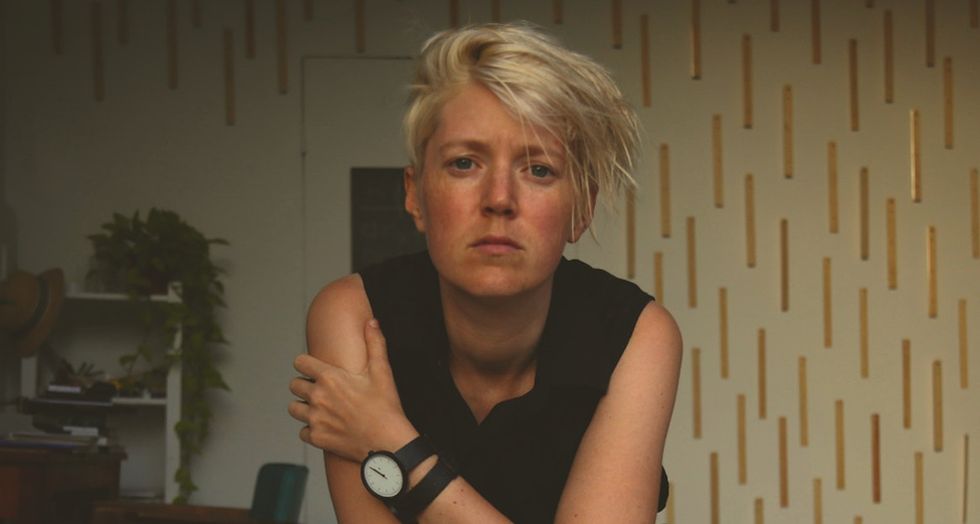 The Australian-born artist realized that if we lived on Mars, we'd have 40 minutes of extra time each day. But adjusting to that time change could present some major challenges.

Her project took place in a Brooklyn gallery-turned-bedroom, which looks like the inside of an Ikea catalog. All photos by Sara Morawetz, used with permission.

"It struck me instantly that people aren't really aware of the reality of working towards living on another planet or operations on another planet," she said. "I had this moment where I realized I had never considered time outside of Earth. Mars' time system is slightly different so that lived experience is altered and shifted, and that's what I'm really fascinated by."

Morawetz's artistic project, called "How the Stars Stand," is all about time as an arbitrary construct.

"We could eventually have multiple times we are talking about when we talk about time," she said.

And while an extra 40 minutes a day might sound great, Morawetz said that extra time made it tough to communicate with "earthlings."

During her experiment, Morawetz lived by two clocks — an Earth clock and a Mars clock, which she had to manually adjust. By the middle of the 37-day experiment, she found time completely flipped; her Mars mornings occurred during Earth's nights.

"Being on your own time is really hard," she said. "Being out of touch with everybody that you know, there was no spontaneity in my days."

At the end of the month, Mars and Earth time synced up again, and Morawetz gratefully "returned" to Earth.

What did she learn? For the most part, those who call Mars their future home will adjust to the time change better than she did.

First, they'll have a community of people to rely on who are all on the same time. And second, their schedules will align with the planet's actual solar cycle.

Communicating with people on Earth will be the real challenge, though.

How do we define time in relation to other systems? How do we share a reality when time and lived experience are so different?

For now those questions remain unanswered, but they are important nonetheless — especially if we want to travel to another planet or a galaxy far, far away.

"My job as an artist isn't to explain the science concretely," Morawetz said. "It's to open up that notion that we will have to negotiate [our rigid standards] later and contemplate what it means for time to have different values."

For all of time's wibbly-wobbly uncertainty, one thing is certain: Morawetz would definitely live on Mars time again.

"On Jupiter, a day is 10 hours long. Maybe I could do it; I don't know. Mercury has a year that's shorter than its day," she said. "There are some practical concerns about trying other planets and whether that would work as well. I think for now at least, Mars will be my friend and we'll continue on."