These women were in prison. Thanks to an extraordinary program, they're now entrepreneurs. 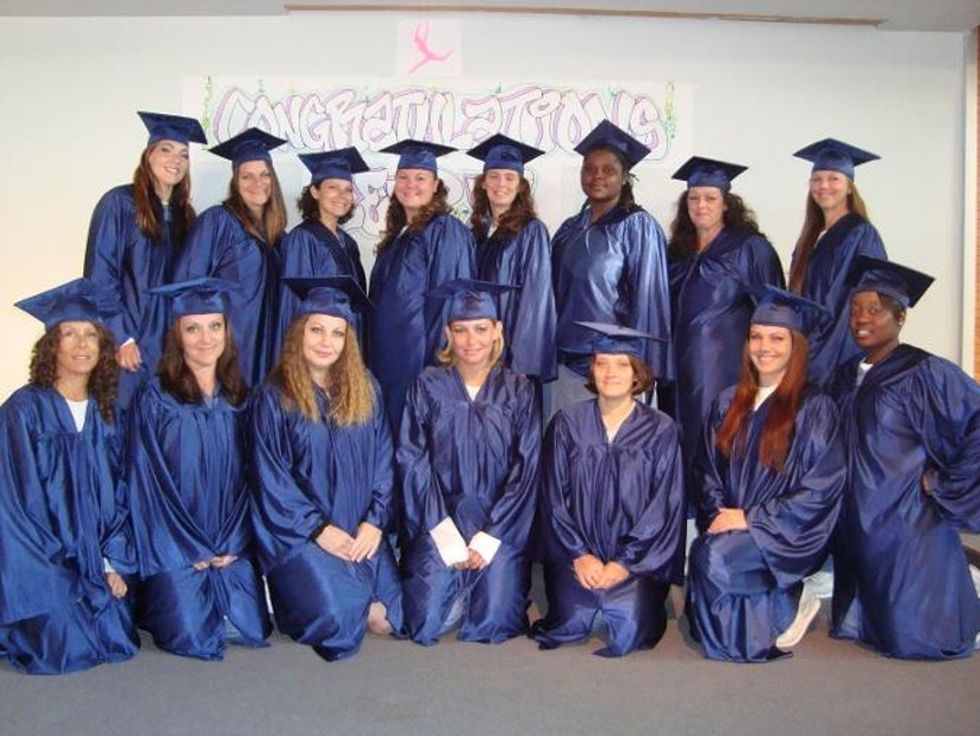 When she decided she wanted to start her own business, Rebecca 'Cafe' Brown was in the unlikeliest place — prison.

She was partway through a five-year sentence for domestic violence-related charges when she realized that something had to change in her life.

It's also where she made an important decision: “I didn't want to come out the same way I went in," she says. “This was a wake-up call."

Two years before she was released, Brown heard about a program called Ladies Empowerment & Action Program (LEAP) which teaches incarcerated women the skills they'll need to succeed once they're out of prison.

She believed it would help her get on the right path.

Women apply for LEAP when they are at other facilities in Florida, and if they are accepted, are transferred to Homestead, a multi-security facility.

At Homestead, the women in the program take part in classes like “Thinking for Change," where they learn how to process complex emotions in healthy ways. They're also partnered with mentors who help them learn time management, how to create business plans, and how to balance wants and needs once they're living on their own.

But the program offered Brown something even more important than that. For the first time in a long time, she felt hopeful.

LEAP helped Brown become part of a community, and that community has helped her achieve a level of success she never imagined possible.

“Now, I care about people," she says. That's why she's always promoting the program to people around her.

She's even joined LEAP's board and spends a great deal of time at Dragonfly Thrift Boutique, LEAP's storefront.

Dragonfly provides formerly incarcerated women a launching pad to a new career. It gives them a chance to share their stories, learn valuable skills, and work in an environment that's safe and supportive — often for the first time in their lives.

“We've got a lady," Brown says, "that just got out of prison and she's an amazing young lady. And she said to us recently, 'Nobody has ever told me that I can do something.' Everybody has always told her what she couldn't do."

Essentially, LEAP allows women to grow more confident and empowered in the business world before going out on their own.

As a result, the business Brown dreamed up in prison is now becoming a reality.

Brown now works as a chef at Camillus House, a homeless shelter. She's also recently saved up enough to start her own business — Liberty Soaps, which are sold at Dragonfly.

If there's any other business that Brown would give some credit for helping her get on her feet, it's Capital One. LEAP does a lot of events at the Capital Oné Cafe in Coral Gables, which is near LEAP's offices.

At the Café, Brown participates in workshops that enable her to network with other people in the area, allowing her to expand her business and get creative with her ideas. Brown says the workshops help her make sure that no ideas fall by the wayside.

Brown's not the only one on the road to success. After being incarcerated in almost every prison in Florida, Rebecca McLemore is also turning her life around.

Before McLemore joined LEAP, she had 14 felonies on her record, and spent years in prison. "I had a problem with pain pills," she says. "That's my addiction."

She didn't know if she'd ever get another chance at a better life.

But in December 2016, McLemore learned about LEAP from a woman who'd completed it. In her journal, McLemore remembers writing, "God, whatever the LEAP program is, I want it."

McLemore says being chosen for LEAP "was the second time God had ever answered one of my prayers."

In the six months that McLemore has been out of prison, she's been working at Dragonfly Thrift Boutique, and recently saved up enough money to buy a car.

Recently, she became Dragonfly's permanent assistant manager. "That's supposed to be a temporary position," she laughs, "but the board members are saying, 'we don't want to lose you.' I decided this is where my heart is."

LEAP has made McLemore more confident. She's trying new things and learning more about herself. She's starting her own business as well.

When McLemore was incarcerated in 2011, she was chosen to be part of a dog-training program in prison. Since then, she's discovered that she's a natural, able to work with dogs that even pros have problems with. So aside from her work with LEAP and her position at Dragonfly, McLemore has also started offering dog obedience training.

"From going where I was to this right here, it's been life-changing."

Currently, McLemore is looking to expand her business — LEAP even helped her with business cards — and loving herself more. For someone who's experienced a lifetime of trauma, it's hard for McLemore to believe that she deserves the love and respect she now has. But as she becomes more and more successful, her opinion of herself is changing.

This personalized support is one of the reasons that LEAP is so successful. It's no surprise the program's lowering recidivism rates with every graduating class.

And LEAP is only growing. However, it's retaining its original mission: women who have been incarcerated deserve more, can do more, and can achieve great success.

"We really want more for our graduates than to just not go back to prison," says Mahlia Lindquist, LEAP's Executive Director. "There's more to life than that. We want them to be able to support their families and to be part of the community."

Lindquist, a former prosecutor who spends her time between Miami and Boulder, CO, is grateful for Capital One, whose support was a result of unexpected events.

One day, she'd stopped in at a Capital One Café in Boulder for coffee, started asking a Capital One Ambassador questions, and just a few weeks later, the financial organization was designing a partnership with and providing a grant to support LEAP's mission.

"Since then, they've supported us financially but they're also very hands on," explains Lindquist. "They have some of their [South Florida] Ambassadors come every single Thursday. They have hosted events for us at the store. We've gotten two or three of [their Ambassadors in Miami] recently cleared to actually go into the prison to teach financial literacy."

"We were moved by the mission of LEAP and its alignment with Capital One's Future Edge initiative, focused on equipping people with skills to succeed in today's economy," says Nancy Lambert, Community Engagement lead at Capital One. "Listening to Mahlia's passion for helping these women, and building connections with our associates in South Florida has been gratifying."

The work that LEAP does, Lindquist says, is invaluable.

What's even more priceless, however, is the hope that LEAP has brought to so many of its participants.